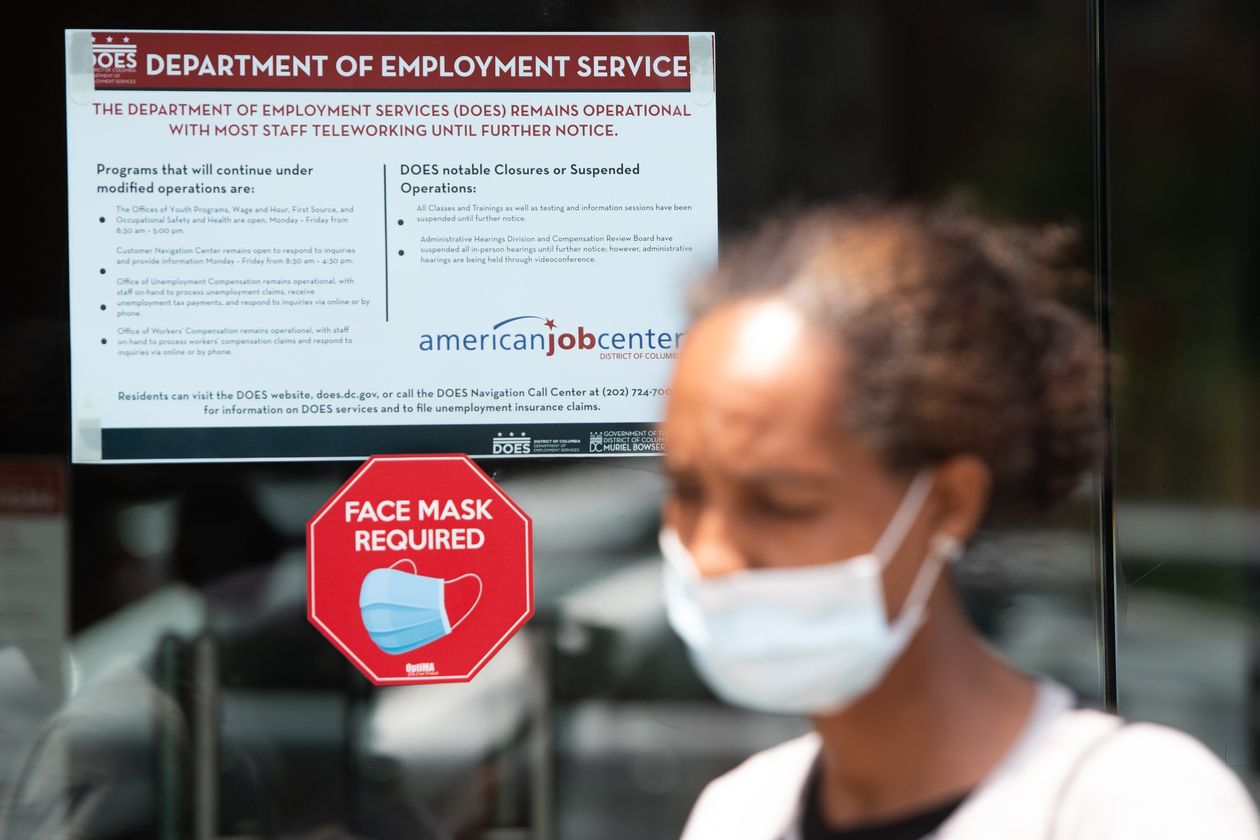 Filings for weekly unemployment benefits rose for the first time in nearly four months as some states rolled back reopenings because of the coronavirus pandemic.

Initial unemployment claims rose by a seasonally adjusted 109,000 to 1.4 million for the week ended July 18, the Labor Department reported Thursday. The increase in new applications is an indication of a slowing of improvement in the U.S.’s labor market.

While well down from a peak of 6.9 million in late March, when the coronavirus pandemic and mandated business closures shut down swaths of the U.S. economy, last week’s level was well above the highest week on record before this year, which was 695,000 in 1982.

However, the number of Americans receiving unemployment benefits through regular state programs that cover the majority of workers, decreased by 1.1 million to 16.2 million for the week ended July 11. The decline extends the recent trend, with the number receiving benefits the lowest reading since the week ended April 11. Those so-called continuing claims are reported with a week lag.

The modest easing on unemployment rolls suggests new layoffs are being offset by hiring and employers recalling workers. Employers added a combined 7.5 million jobs in May and June after shedding 21 million jobs in March and April, separate Labor Department data showed.

“The reopening across the country has been very bumpy,” said Michelle Holder, an economist at John Jay College in New York, before Thursday’s data. “I think unemployment applications are going to be sticky at this level because many states are seeing a reassertion of the virus.”

The level of claims indicates many workers are being laid off, perhaps for a second time, and that parents who want to work are unable to access child care, she said.

Other data also shows an easing in demand for labor. Job openings in July are down from June across the U.S., and Google searches for “file for unemployment” are creeping up. Growth in worker hours is waning at small businesses after several weeks of gains.

California is among the states that imposed new restrictions to deal with a surge in cases of the new coronavirus. The latest restrictions caused Jessica Jenkins, a 30-year-old hair stylist, to lose her job last week for the second time this year.

Ms. Jenkins, an independent contractor who rents a booth at Bloom Salon in downtown Napa, had been back at work for five weeks, following a monthslong shutdown that began in mid-March. Being out of work again “is definitely uncomfortable,” Ms. Jenkins said. “I don’t know how long [this shutdown] is going to be or how much it’s going to affect my business.”

Ms. Jenkins said coronavirus precautions, which required that stylists space out customers and disinfect chairs and other equipment after every use, meant before the second shutdown she was working longer hours and making about half the money she was before the pandemic.

The self-employed, gig workers, parents who can’t find child care and others who qualify under special pandemic programs are able to tap unemployment benefits under a law passed in March, even if they don’t qualify under regular state programs.

The number receiving benefits through the new Pandemic Unemployment Assistance program is comparable to the number in the state programs, according to the state data reported to the Labor Department. However, economists caution that accounting for the new program is inconsistent across states.

The tens of millions of workers covered in both programs face the prospect of a significant reduction in benefits at the end of this month, if Congress doesn’t extend or alter a $600 weekly enhancement beyond July 31. State programs alone pay about $350 a week, on average.

The federal government paid $18.3 billion in the enhanced compensation for the week ended July 18, the Labor Department said. That is the equivalent of 30.5 million $600 payments, though some of the total amount could reflect back payments.

University of Michigan labor economist Don Grimes said if the amount offered under unemployment insurance is reduced, the number of Americans receiving benefits is likely to decline, but not necessarily the number of new applications.

“The $600 additional weekly payment may have encouraged people to stay on unemployment,” he said. “But if someone loses their job they will file for unemployment benefits whether the value of those benefits is $300 a week or $900 a week.”

—Kim Mackrael contributed to this article.

Write to Eric Morath at eric.morath@wsj.com