Skip to content
Home » Foreign Policy » Taliban Claims to Have Finalized Peace Deal with the U.S.
Previous Next

Taliban Claims to Have Finalized Peace Deal with the U.S. 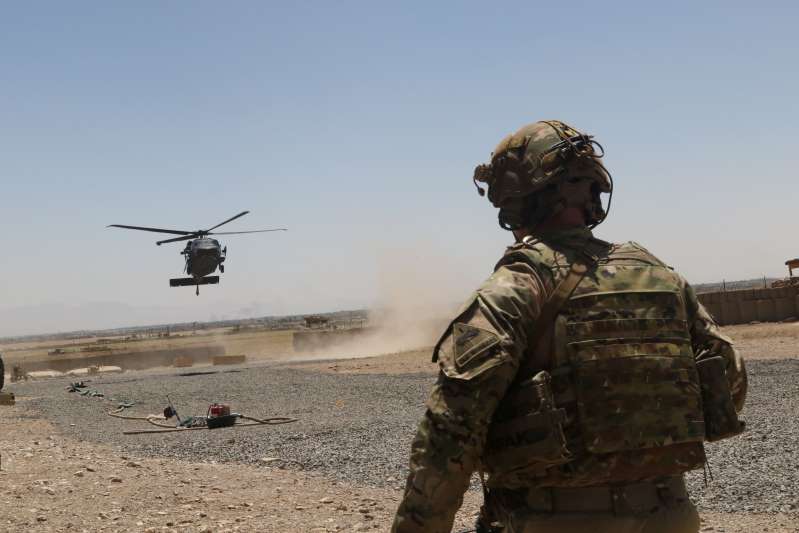 A Taliban spokesperson has claimed that the organization has finalized a peace deal with the U.S. to end more than 18 years of war.

Suhail Shaheen told Afghan television station 1TV on Monday that the two parties had reached an agreement and suggested the deal would be signed by the end of February. Newsweek has contacted the State Department to confirm Shaheen’s report.

Afghan Chief Executive Abdullah Abdullah confirmed to the TOLOnews channel that a deal had been agreed, though noted that whether it is signed will depend on the success of a proposed period of reduced violence.

“The agreement between the Taliban and U.S. has been finalized and the signing of the agreement is based on the reduction in violence over seven days and then it will continue,” Abdullah explained. “It is also an opportunity for the opposite side to show that they want peace in the country.”

The U.S. has been negotiating an end to the country’s longest running war since July 2018. A deal seemed close at hand in September 2019, and President Donald Trump had even reportedly organized a secret summit with Taliban leaders at Camp David. But negotiations collapsed again after the Taliban took credit for the death of a U.S. soldier.

Trump declared the peace process “dead” after that failure, but negotiations have continued led by U.S. Special Representative for Afghanistan Reconciliation Zalmay Khalilzad.

This weekend, Secretary of Defense Mark Esper said the U.S. plan for reduced violence is the first step in any lasting peace deal.

“There is a reduction in violence period, and then we have to consider whether or not to move forward with the agreement, with the peace agreement,” he told reporters in Munich, Germany.

He added that the U.S. also plans to cut troop numbers to around 8,600 from the current level of between 12,000 and 13,000. Nonetheless, Esper explained that these steps remain “conditions based.”

Over the weekend, Afghan President Ashraf Ghani warned that his government would evaluate any deal practically, and warned that the Taliban could be using a “Trojan Horse strategy” to undermine U.S. and government forces. Still, Ghani said his administration would “take a substantial step forward” and give the deal a chance to succeed.

The Taliban have thus far refused to negotiate directly with the Afghan government, dismissing it as a puppet administration controlled by Washington. An eventual peace deal may see the ultra-conservative Taliban re-enter Afghan politics, a development feared by civil and women’s rights campaigners, who were brutally repressed under the group’s rule from 1996 to 2001.