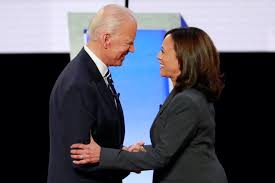 The 2020 presidential election has been one of the most confusing and challenging events in recent memory resulting from the coronavirus and economic meltdown which  forced both Joe Biden and Donald Trump to campaign in far different ways.

Each campaign has taken a far different approach as to how they proceed toward the November election. Trump had been crisscrossing the country until stricken with the coronavirus, now is back to his blistering pace of holding mega campaign rallies in various battle ground states.

Biden’s approach is by running his campaign from the basement of his Delaware home and conducting virtual messaging with little or no engagement with the mainstream media.

Trump on the other hand has held numerous press conferences and media interviews thus allowing the mainstream media to ask any question.  Chris Wallace of Fox News remarked during his presidential interview with the president that for a solid hour he was able to ask any and all questions from the president.  After the interview he repeatedly reached out to the Biden campaign but has been denied each time.

Biden and his vice presidential running mate California Senator Kamala Harris have refused or not availed themselves for interviews by political reporters.  Since Harris accepted her party’s nomination as vice president in August she has conducted no interviews with the media.

When Biden or Harris give a campaign or policy address they leave no time for questioning or if they do they call on preselected reporters and only ask scripted questions.  The media fails to ask Biden or Harris tough questions that they routinely ask Trump or Vice President Mike Pence.

We are weeks away from the November election and little coverage has been given to how a Biden administration would govern regarding key policy areas.  The presidential debate might have been an opportunity for open debate, but it wasn’t.

There are questions that need to be known of Biden, Trump’s record has been scrutinized by the media but Biden’s record has not.

The coronavirus leads the list of concern for voters. We don’t know how Biden would tackle this pandemic?  Harris was asked by moderator USA Today’s Susan Page during the vice presidential debate how a Biden administration come January would handle the coronavirus.  Harris completely deflected and gave no answer.

During a July interview on Joy Reid’s MSNBC show, Biden was asked how he would be different from Trump when it comes to handling the coronavirus. The vice president gave six examples of what he would do if he were president.

Unfortunately, for Biden, each example Trump had already had done it or is in the process of doing it, but Reid never followed up by saying Mr. Vice President this is already been or being done.

One question Biden and Harris have stated repeatedly that they would not ban fracking.  The question that is never asked or followed up is how this can be true when in the Biden-Sanders Unity task force document and the Democratic National Committee Party Platform it states the banning of all fossil fuels by 2035.  If you are not banning fracking then how do you get to zero fossil fuels by 2035?

A follow up question would be for Biden and Harris if you are not banning fossil fuels then why have Democrats pressured the major U.S. banks to refuse to loan needed capital for oil and Gas projects. When energy companies are able to get loans they have to pay a much higher interest rate. Would a Biden administration continue this practice or accelerate it?

Joe Biden and Kamala Harris consistently state that they would not raise taxes on anyone making less than $400,000, and would repeal the Trump tax cuts passed in 2017.

How would raising individual, corporate, investment taxes on capital gains, and other investment taxes not impact the middle class? A detailed historical analysis of how Biden’s tax policy would be repeating history.   https://www.ubaldireports.com/are-biden-and-the-democrats-repeating-history-with-their-tax-proposals/

How would increasing the corporate tax rate not be passed on to workers through lower wages and higher prices for the things they by, the Tax Foundation and the Tax Policy Center reported?

The Affordable Care Act, again will be central tenet of the 2020 presidential election, but wasn’t asked of Biden is how by adding a public healthcare option costing over $800 billion and lowering the enrollment age for Medicare increase coverage and lower costs?

How would the public option which would be added to the Affordable Care Act impact health care and who would be writing the rules so that it doesn’t have an undue advantage over traditional private options?  Is the $800 billion of taxpayer money a onetime payment or can the public option seek additional funding if it doesn’t meet its objective as almost all government programs fail to meet their initial goals?

Once the public option is in place would enrollees and health-care providers put pressure on lawmakers to ensure regulations are put in place to keep premiums low thus Washington would need to continue providing an infusion of tax payer dollars to main low costs?  This means taxpayers would be on the hook, as Medicare has a history of broken promises on curtailing spending.

How would lowering the age for Medicare not increase the insolvency of the system when it already is facing financial difficulties?  Would a Biden health care plan include coverage for illegal immigrants when last year during a Democratic presidential primary debate the former vice president raised his hand with all the other Democratic hopefuls that they would.

Democrats have championed the “Black Lives Matter” movement and every expert knows that the surest way out of poverty is a solid education.  Biden has stated that if elected president he would be the teacher’s union president. On Biden’s presidential website and on the campaign trail, the former vice president has championed increased funding for public education and against any form of funding for school choice.

Currently billions have been spent on public education at the federal and state levels but still 70% of black and Hispanic children are deficient at grade level in math and English, how would this change?  This dismal and deplorable situation is replicated across the states and cities in America.  How would this change?

These are only a sampling of questions that need to be asked but sadly they won’t!