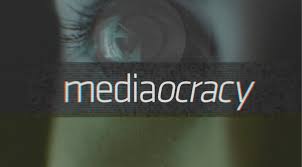 When The New York Post broke the story in October 2020 about Hunter Biden’s laptop which alleged to have a treasure trove of evidence of foreign influence peddling, which showed the complicity of his father’s repeated denials of not knowing Hunter’s foreign business dealings with the media doing everything to downplay its significant.

The entire Democratic Party, but especially their allies in the media who have violated every tenet of journalistic integrity in suppressing and minimizing the Hunter Biden laptop story, and only now have reluctantly authenticated its content.

This wasn’t done because of some journalistic altruism, but instead to get ahead of a possible federal indictment of Hunter Biden or the release of damaging information by House Republicans.

Now that Republicans have control of the House of Representatives and are beginning to prepare for extensive investigations of the entire Hunter Biden laptop and all its content. The media who once dismissed the story as they did everything in their power to suppress Hunter’s laptop as Russian disinformation which also included working in tandem with social media companies to ensure America new nothing of its content.

The media knows they are complicit and want to control the narrative that certainly will come after they had spent years falsely claiming Hunter Biden’s laptop was part of some “Russian Disinformation” campaign, it was not. Only recently the media slowly acknowledging the laptop’s authenticity, but still fail to report the involvement of Russia, China, Ukrainian and other foreign interests, which also includes foreign intelligence agencies.

As the content of the laptop begins to see the light of day, it will show to the American people one of the largest, most pervasive and lucrative influence-peddling operations that involved numerous foreign countries, and how the media, and the Democratic Party did everything to conceal its origins.

Washington DC is the epicenter of influence peddling; just examine the alleged financial gains made by Paul Pelosi, husband of former Speaker of the House Nancy Pelosi had made with regard to government contracts that were voted on before Congress.

The Hunter laptop exposed the Biden family and Joe Biden with references in receiving money, and benefits with numerous contracts from contrives such as China, Ukraine, and others. Only a few media affiliates had begun any investigation into these financial transactions, but all the major media outlets such as MSNBC, CNN, ABC, CBS, NBC, Washington Post, New Nork Times, and other’s failed to even investigate the laptop story except to suppress its contents as Russian disinformation.

In a normal time this would have been a disaster for the Democratic Party, but they have benefited from a complicit media who have enabled and downplayed any aspect of the scandal. Now that Republicans control the House of Representatives, the media again will act as a third arm of the Democratic Party by deflecting and not reporting and downright minimizing any evidence of wrong doing by President Biden and his son Hunter.

The problem for the media it’s getting more difficult to refute the evidence. Even the Associated Press had to make a stark reversal of an asinine claim that no was a single piece of evidence to suggest Joe Biden ever having discussed anything to do with his son’s business dealings, despite the fact there is an audio clip specifically of Joe Biden leaving a message to his son regarding coverage of those business dealings.

While serving as Vice President, Joe met with Hunter’s business partner Eric Schwein as both dealt with extensive financial dealings in China 19 times between 2009 through to 2015.

Many of the emails on hunter’s laptop not only show numerous references to Joe’s knowledge of the various business dealings but also to his complicity in hiding any mention of his involvement.  One email in particular has Bide associate James Gilliar instructing Tony Bobulinski, who was Hunter’s business partner at the time state, “Don’t mention Joe being involved, it’s only when u [sic] are face to face, I know u [sic] know that but they are paranoid.”  Bobulinki gave a sworn testimony to the FBI that he had in fact met with Joe Biden personnaly to discuss his various business dealings with Hunter.

If Bobulinki is lying then he can be held criminally liable for lying to the FBI. If he was never charged or indicted for lying then his statements must be true!

On the laptop various emails have code names for Joe Biden as the “Celtic” or “the big guy.” One in particular as a reference as “the big guy” being mentioned as possibly receiving a 10% cut on a deal with a Chinese energy firm. Additionally there are references to Hunter complaining about how Hunter had to pay off his father’s bills from various shared accounts.

Even George Washington University Law Professor Jonathan Turley who wrote that Code names, cuts for “the big guy” and millions in mysterious foreign transactions would ordinarily send the media into a frenzy. But the Bidens adeptly enlisted the press into suppressing the story. Many in the media became “made men” and women who proved their loyalty. If this is a corruption scandal, there’s little the media can do to spin their own role in concealing it from the public.

Turley even writes that this is what made NBC’s Chuck Todd’s interview with incoming House Oversight Committee Chairman James Comer so revealing. Todd spent most of the interview dismissing the committee’s work as a “political” exercise in targeting opponents. Comer’s efforts to detail the evidence of the president’s role was met by a smirking dismissal from Todd, who ended the interview by saying, “Well, it does sound personal, at that.”

Just think how the media would have handled or reacted if this was Donald Trump or anyone in his family. Chuck Todd and the media spent years investigating every foreign business dealings, engaged in the false Russian collusion narrative, but when it comes to the Democrats and Joe Biden nothing!

Just examine the Society for Professional Journalist Ethics Code and tell me if you believe the media is following its own ethics as it relates to the coverage of Democrats and Republicans.

That is why America today has a media that is more like Pravda the Russian state media organization, which now operates as part of the Democratic Party!