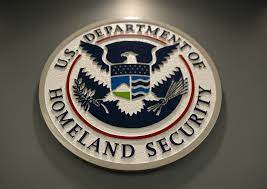 The current dump of Twitter Files shows a systematic and pervasive operation where U.S. national security agencies were directly involved in a massive operation to manipulate public opinion by colluding with social media companies thereby censoring what the American public would hear and read.

This scandal has largely been virtually ignored by the mainstream media, Democrats and civil libertarians who in the past would have been all over this, but now silent to the massive abuse of constitutional power by the nation’s national security apparatus violating America’s first amendment rights.

The strange many of the abuses were perpetrated by Democrats in colluding with social media companies to censor those who they deemed unworthy of first amendment protections.

George Washington University Constitutional Law Professor Jonathan Turley regularly writes how Democrats in Congress and the Biden administration have routinely advocated censoring those individuals who disagree with their point of view, by having social media companies do their dirty work since they are constitutionally barred from doing so.

The American people deserve a congressional probe; one that is modeled after the Church commission of the 1970’s that examined the abuse of governmental power by the DOJ, IRS, and U.S. intelligence agencies who had involved themselves in domestic affairs.

The alleged scandal makes the abuses of the 1970’s look like child’s play considering how government agencies involved themselves and colluded with Big Tech companies in censoring free speech, which also had a major impact on the U.S. 2020 presidential election.

This involvement also continued and abated by the current Democratic presidential administration of Joe Biden.

One only has to look at the Twitter files that were released last month that showed how the FBI was heavily involved with the social media company in which it assigned close to 80 agents suppressing the Hunter Biden laptop scandal and other censorship.

The FBI, DOJ, and U.S. intelligence agencies downplayed Hunter Biden’s laptop as Russian disinformation, even though the Bureau had the laptop for well over a year.

For any investigator the laptop was a treasure trove of information that allegedly showed how Hunter and the Biden family were involved in various foreign business dealings which leveraged Joe Biden’s position as Vice President for financial gain.

The question one should ask is how the FBI, DOJ and U.S. intelligence agencies would have reacted if the laptop belonged to anyone in the Trump family?

For years rumors have circulated of the perpetual deep state, but with the release of the Twitters files the nation now has firsthand evidence of numerous federal agencies, along with Democrats, to include the Biden administration politicizing the government into violating the American people’s civil liberties.

Ben Weingarten a Fellow, at the Claremont Institute put together a comprehensive list of areas that should be investigated;.

If this wasn’t bad enough you have to examine how various government agencies were involved with the false Russian collusion narrative that gripped the nation since 2016, and continued into the Twitter gate files. One has to examine federal agencies, notably the massive illegal leaks to FISA abuses, coupled with the politicization of Robert Mueller’s special counsel investigation, and then add to it the Department of Justice illegally surveilling congressional investigators.

One may not like Donald Trump, but if one takes an objective look, was Trump treated the same way as Hillary Clinton, or Joe Biden, or even any other influential Democrat political figures, was this done the same way!

There was no evidence of Russian collusion, but there is ample evidence of corruption by Hunter Biden and especially the entire Biden family, why no special counsel investigation?

Throughout all of this the inquiry would reveal how the nation’s national security apparatus and law enforcement was willing and perpetrated a massive abuse of its constitutional powers by targeting Americans it disagreed with in protecting the Democratic Party and its own self-interest.

The past few years we have witnessed systematic war by a ruling-class on anyone or anything that erodes their power structure, this way they aim to destroy anyone by censorship and coercion.

Now that the Republican’s regained control of the House of Representatives the American people deserve a Church-style Committee to examine and hold those responsible for the massive abuse of the various federal agencies constitutional powers.

To begin with, the Republicans on the House Judiciary Committee need to focus on the politicization of the DOJ and the FBI as a start.

Many constitutional scholars have suggested a fully cross-jurisdictional panel with Subpoena powers to hold individuals and agencies accountable to the American people.

House Republicans need to commit themselves to exposing the Deep State’s corruption and lawlessness, but they must only follow the facts and not turn this into a political witch hunt for partisan gain.  The need is to hold individuals accountable to prevent such abuses in the future from happening again.

The problem unlike during the Church commission of the 1970’s we don’t have a non-partisan media but a state run media akin to the Russian version of Pravda. The release of the Twitter files showed what we all knew; the media has corrupted itself by being a fully acting wing of the Democratic Party.

All during the mid-terms we heard how one party was a major threat to U.S. Democracy as our constitutional republic was in jeopardy if they get elected, but the unfortunate part those screaming the loudest about Democracy in peril were the very ones undermining America’s constitutional Republic.

If left unchecked these very national security and law enforcement agencies and elected representatives if allowed to run amok pose a serious existential threat to our liberty and constitutional judicial system.

Those who think this is nothing story have benefited from this corruption because the deep stated targeted those they despise, but remember this just because they target your political opponents who to say they won’t someday go after you?