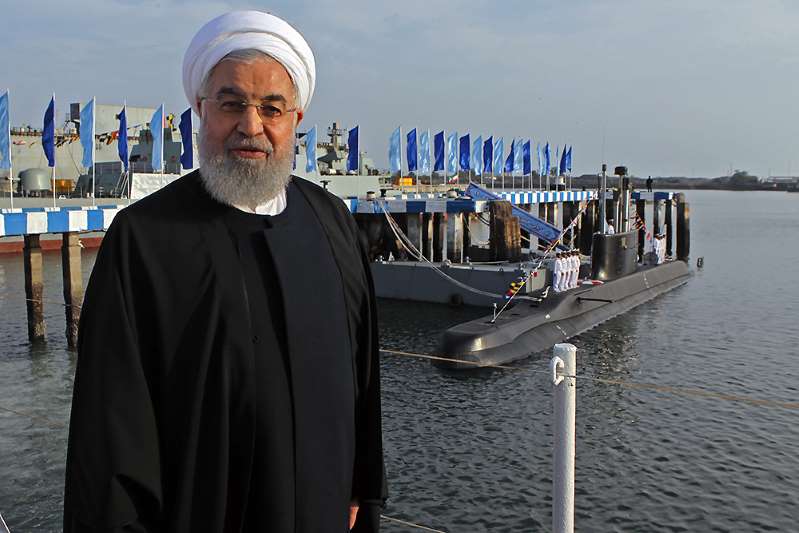 Iran and North Korea are updating their aging fleets and building new and more advanced submarines in order to counter their adversaries in open waters.

Iranian navy commander Admiral Hossein Khanzadi touted his country’s underwater military capabilities during a speech Thursday in the northeastern province of Razavi Khorasan. He stated that “the most complex pieces equipment in the world are those found in the military and among the military equipment, the most complex are those found in the navy, especially submarines,” according to the semi-official Tasnim News Agency.

“But today, thanks to the efforts of the youth of this land,” he added, “the country has made significant progress in this area.”

The senior military leader’s remarks came just days after Iranian media aired an animated short depicting one of its Ghadir-class midget submarines taking out a U.S. Navy carrier strike group in the Strait of Hormuz. Despite a decades-old arms embargo imposed by the United Nations Security Council, the Islamic Republic has continued to develop its surface and underwater forces as Washington and Tehran face tensions in the Persian Gulf region.

Last February, shortly after the submarine cartoon originally aired, Iran unveiled a new semi-heavy Fateh-class submarine at a ceremony attended by President Hassan Rouhani himself at the naval base of Bandar Abbas. The vessel debuted its cruise missile capabilities a week later at the Velayat-97 war games that covered more than 770,000 square miles across the Strait of Hormuz, Sea of Oman and the Indian Ocean.

The Persian Gulf and its peripheries have been a flashpoint for worsening international frictions since President Donald Trump’s administration pulled out of a multilateral nuclear deal with Tehran in 2018. Unilateral sanctions since imposed on Iran have increasingly restricted its ability to engage in trade, especially in the lucrative oil market.

While the U.S. has sent additional troops and assets to the region to shore up its defenses, Iran has two separate maritime forces deployed there—Iran’s conventional navy and the navy of the elite Revolutionary Guard. Only the former is believed to operate submarines, though Revolutionary Guard navy commander Rear Admiral Alireza Tangsiri told Tasnim News Agency last month that the country may soon begin building submarines.

It is estimated that Iran has about 34 submarines altogether, comprising what would be the fifth-largest fleet in the world, according to Global Firepower.

Leading the pack is another longtime U.S. foe subject to a “maximum pressure” campaign led by the Trump administration. North Korea is believed to possess up to 83 submarines, though just how many of the old, mostly Cold War-era vessels are operational is unclear.

North Korean supreme leader Kim Jong Un has set out to revamp his naval force, however. Last July, the young ruler was seen touring a “newly built submarine” believed to the experimental Gorae-class submarine, also called Sinpo-class or Pongdae-class and potentially the country’s largest-ever such vessel.

Some photos of the submarine appearing in the country’s state-run media were partially censored, obscuring what South Korean intelligence also suspected were up to three submarine-launched ballistic missile (SLBM) launchers. After a spate of short-range missile and rocket tests designed to pressure the U.S. into advancing their denuclearization-for-peace process, North Korea test-fired a medium-range SLBM from a submersible barge for the first time in three years in October.

Months later, Kim made a New Year’s promise to debut a “new strategic weapon” in the “near future.” That same day, a Sinpo-class submarine was present alongside a midget submarine and submersible test stand barge at the Sinpo South Shipyard, as indicated in Planet Labs satellite imagery featured in a report by the Stimson Center’s 38 North project.

While Iran is not known to possess any nuclear weapons and has publicly declared it did not seek such capabilities, North Korea has already conducted six nuclear tests and is believed to have amassed a stockpile of at least dozens of nuclear warheads. Pyongyang has also already made significant progress in developing nuclear-capable, land-launched intercontinental ballistic missiles (ICBMs) and honing its sea-based capabilities may be next on Kim’s agenda.

The Trump administration has so far failed to secure new deals for a lasting detente with either Tehran or Pyongyang, both which have vowed to resist what they see as hardline policies to undermine their respective national security. The White House has placed an emphasis on honing the Pentagon’s strategic capabilities and the U.S. military announced Tuesday that the W76-2 low-yield nuclear warhead had been deployed to Trident II SLBMs for the first time.

While the report blamed “potential adversaries, like Russia” for first seeking such low-yield weapons, Newsweek reported last month that the W76-2 could also be seen as a more usable and prompt option to counter potential attacks from Iran or North Korea.

The 2018 Nuclear Posture Review, which was released almost exactly two years ago and called for the deployment of U.S. low-yield nuclear weapons, warned that “North Korea’s nuclear provocations threaten regional and global peace, despite universal condemnation in the United Nations” and “Iran’s nuclear ambitions remain an unresolved concern.”