Skip to content
Home » Foreign Policy » How Should We Treat Western IS Fighters and Their Families?
Previous Next

How Should We Treat Western IS Fighters and Their Families? 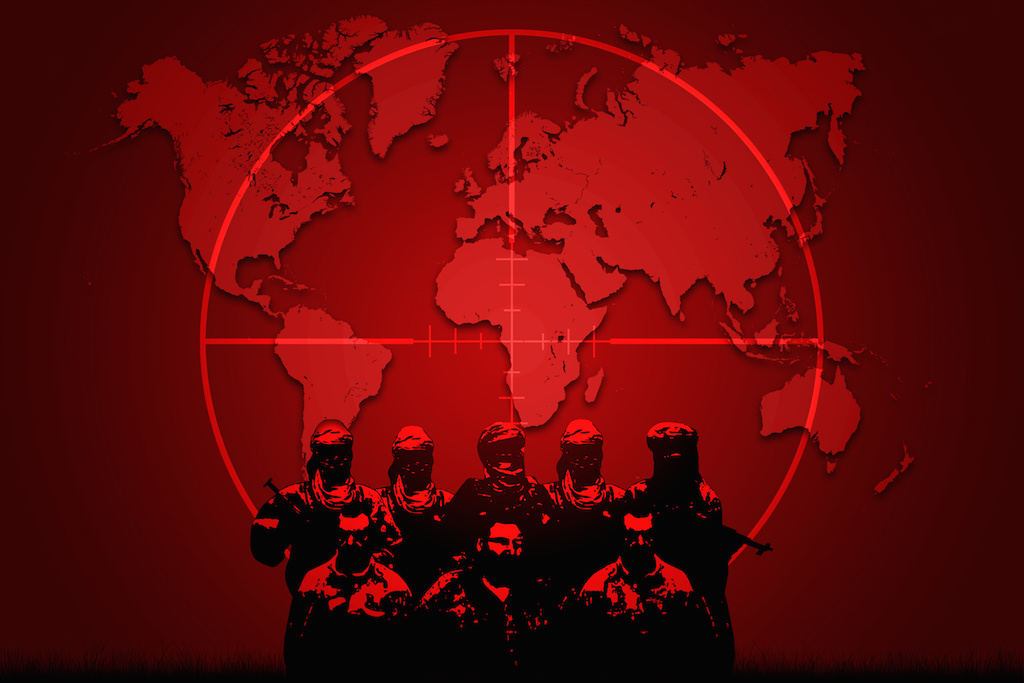 Note: The opinions and comments stated in the following article, and views expressed by any contributor to In Homeland Security, do not represent the views of American Military University, American Public University System, its management or employees.

The Islamic State has collapsed under the sustained military campaign of the United States and its allies. But now, the lingering question is what do we do with all the captured foreign fighters and their families?

How this issue is handled will have ramifications not only for U.S. national security, but for the security of Europe as well.

This situation came to light in the case of Hoda Muthana, a New Jersey-born woman who was raised in Alabama. Hoda Muthana’s father, Ahmed Ali Muthana, came to the U.S. from Yemen in 1990 as a Yemeni diplomat at the United Nations, according to Vox.

“In 2014, as a 20-year-old student at the University of Alabama-Birmingham, she told her parents she was going on a field trip to Atlanta; instead, she withdrew from school, used the reimbursed tuition to buy a plane ticket, flew to Turkey, made her way to Syria, and joined ISIS,” Vox recounted. “While in Syria, Muthana used her social media accounts to call for the murder of Americans.”

She surrendered to coalition forces in January and has been requesting re-entry into the United States with her child, whose father was an Islamic State fighter.

The Trump administration has refused to admit her, citing the revocation of her passport by the State Department. The revocation was based on a ruling that she does not have birthright citizenship because her father was no longer a diplomat at the time of Hoda’s birth. He is suing the U.S. government to allow her to return, claiming that she is a U.S. citizen by birth and as such, she and her child are being deprived of their constitutional rights.

Europe Has Its Own ISIS Fighter Problems

Britain has similar problems. Shamima Begum, a British schoolgirl, left her home in London in February 2015 to join ISIS. She married a Dutch terrorist and they had three children, all of whom have died. “Britain stripped her of her citizenship virtually leaving her stateless,” Time magazine reported.

There is no consensus in the West on what to do with all these foreign fighters from Western countries who went to the Middle East to join ISIS and now want to return home with their children fathered by Islamic fighters.

Many governments and the public at large do not want them allowed to return.

In an article published by the Migration Policy Institute, Meghan Benton and Natalia Banulescu-Bogdan say “revoking citizenship — a drastic tool that has seen increased use and extended legislation in recent years — has unclear impact and raises deep, philosophical questions about the limits of a state’s responsibility to its own citizens.”

They add, “How countries balance safety and security with their responsibilities to these citizens — especially family members and young children born abroad — could become a watershed moment for the evolution of citizenship and inclusion in modern democracy.”

French citizens made up the bulk of European recruits, but France is reluctant to take them back. The French government does not want a repeat of an Islamic cell that was made up of French and Belgian fighters who instigated bloody attacks in 2015 and 2016 in Paris and Brussels.

The November 2015 terror attack in Paris, which killed 130 people and wounded 494, was planned by a Belgian citizen trained in Syria. A French citizen who fought in the Syrian civil war killed four people at a Jewish museum in Brussels in 2016. These incidents reveal how individuals can be radicalized in Syria to bring terrorism home to Europe.

Trump and Other Leaders Pressure Europe to Take Back Its Citizens

President Trump recently tweeted: “The United States is asking Britain, France, Germany and other European allies to take back over 800 ISIS fighters that we captured in Syria and put them on trial.”

Hungarian Foreign Minister Peter Szijjarto called the issue “one of the greatest challenges ahead of us for the upcoming months.”

“Our major endeavor now should be not to allow them to come back to Europe,” said Szijjarto. “Hungary’s government has linked extremist attacks to the migration problem.”

According to the George Washington University Program on Extremism, around 300 Americans left or attempted to leave the United States to fight with the Islamic State. The numbers of those leaving Europe were much higher, however, with 5,000 to 6,000 having joined the ranks of ISIS.

The United Nations Security Council has estimated that over 3,000 of these foreign fighters remain in Iraq and Syria. No consensus has ever been established on what to do with them other than wanting to keep them from returning.

Human Rights Advocates Implore the West to Take Back Its Citizens

But human rights advocates argue that leaving foreigners without a means of returning would be unconscionable. Letta Tayler, a senior researcher with Human Rights Watch, acknowledges there are “legitimate security concerns” about taking back those nationals. But that doesn’t excuse inaction, she added.

“Governments should, in our view, repatriate their nationals — screen them, and prosecute them if necessary,” Tayler said. “And for those who have not committed a crime, governments should focus on rehabilitation and reintegration.”

Unfortunately, there is no agreement on how to prosecute them, by military tribunals or in the federal court system?

Europe and US at Odds over What to Do

The Trump administration has been adamant that other governments, especially the Europeans, take back their citizens. This has caused friction with our allies.

The U.S. State Department in February praised “the contributions the Syrian Democratic Forces (SDF) have made on behalf of the Global Coalition to defeat ISIS.”

The statement then added, “The United States calls upon other nations to repatriate and prosecute their citizens detained by the SDF and commends the continued efforts of the SDF to return these foreign terrorist fighters to their countries of origin.”

As long as there is no consensus in the U.S. or in Europe on how to handle these former ISIS fighters now seeking repatriation, the issue likely will become a major policy point during the 2020 U.S. presidential election.