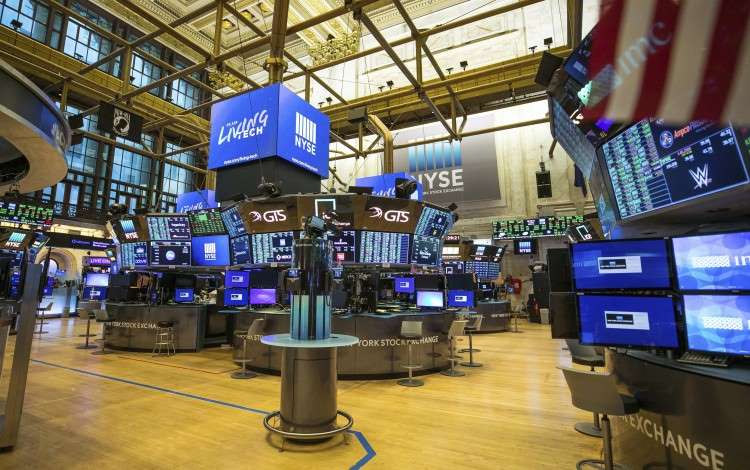 U.S. equity futures slipped lower Friday, while Treasury bond yields rallied and the dollar held onto gains against its currency peers, as investors retreated from risk markets amid escalating political tensions between Washington and Beijing.

“The truth is that our policies – and those of other free nations – resurrected China’s failing economy, only to see Beijing bite the international hands that were feeding it,” Pompeo said. “The freedom-loving nations of the world must induce China to change … in more creative and assertive ways, because Beijing’s actions threaten our people and our prosperity.”

The speech followed tit-for-tat closures of consulates on Houston and the southwestern Chinese city of Chengdu this week, with both countries accusing the other of breaching international law.

With the U.S. now clearly putting its relationship with China on the front lines of its foreign policy, investors are now starting to question the fate of the so-called Phase 1 trade deal between the world’s two biggest economies, which was reached late last year.

That, along with a worrying rise in weekly jobless claims, which jumped to 1.42 million yesterday after falling for 17 consecutive weeks, and the ongoing rise in coronavirus infections both at home and abroad, has investors in a defensive mood heading into the final trading day of the week.

Futures contracts tied to the Dow Jones Industrial Average suggest a 140 point opening bell decline, while those linked to the S&P 500 are indicating a 15 point pullback for the broader benchmark. Contracts tied to the Nasdaq, which has paced markets around the world with a 21.2% gain so far this year, are priced for a 140 point decline.

The U.S. dollar index, which tracks the greenback against a basket of six global currencies, was marked 0.1% higher in early European trading at 94.73, as investors plowed cash into U.S. Treasury bonds, taking 10-year notes to 0.569%.

Oil prices slipped lower, as well, although the declines were capped by a stronger-than-expected reading of business activity in Europe for the month of July, as the Markit PMI reading for the world’s biggest economic bloc rose more than six points to 54.8, the highest in more than a year.

European stocks, however, ignored the PMI data in early Friday trading as investors pared risk in the face of rising U.S.-China tensions, taking the Stoxx 600 2.05% lower in Frankfurt, lead to the downside by a 2.12% slump for the trade-sensitive DAX performance index in Frankfurt and a 1.62% decline for the FTSE 100 in London.

Overnight in Asia, Beijing’s decision to retaliate with the order of the closure of the U.S. consulate in Chengdu sent market reeling, with the Shanghai Composite falling 3.9% and the tech-focused CSI300 in Shenzen tumbling 4.4%.

The moves pulled the region-wide MSCI ex-Japan benchmark 1.9% lower heading into the final hours of trading, while the safe-haven yen rose to a one-month high of 106.39 against the dollar, even as the Nikkei 225 remained closed for the country’s traditional ‘Health and Family” day holiday.