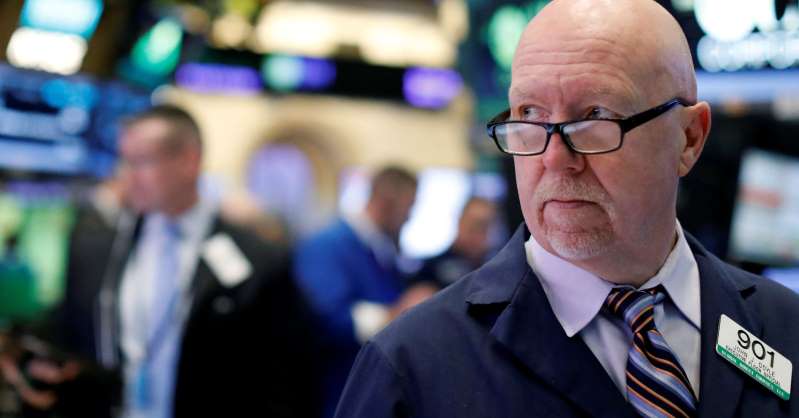 Dow futures were down more than 262 points as of 6:40 a.m. ET Monday, implying a decline of more than 232 points for the index at the open. S&P 500, Nasdaq, and Russell futures were similarly pointing to a negative start for their respective indexes.

Markets are continuing to watch for developments in the the ongoing trade war between the U.S. and China.

“In the immediate term, we would be watching to see if China retaliates against last Friday’s tariff increase. The performance of the equity markets would also be critical. Thus far, the selloffs in China and the US indices have been minor. A more serious decline could prompt more urgency by both sides to reach a deal,” strategists at Singapore’s DBS Group Research wrote in a note.

On Saturday, U.S. President Donald Trump said China should act now to make an agreement — or it would risk facing a worse deal if negotiations continue into a possible second term after the 2020 presidential election.

The president claimed China was “beaten so badly” in recent trade negotiations that Beijing wanted to wait until after the 2020 election in the hope a Democrat would win the White House and offer them a better deal.

I think that China felt they were being beaten so badly in the recent negotiation that they may as well wait around for the next election, 2020, to see if they could get lucky & have a Democrat win – in which case they would continue to rip-off the USA for $500 Billion a year….

….The only problem is that they know I am going to win (best economy & employment numbers in U.S. history, & much more), and the deal will become far worse for them if it has to be negotiated in my second term. Would be wise for them to act now, but love collecting BIG TARIFFS!

Yet despite that tension between the world’s two largest economies, White House Economic Advisor Larry Kudlow said Sunday that Trump and Chinese President Xi Jinping are likely to meet at the June G-20 summit in Japan.

Kudlow said the chances of such as meeting “were pretty good,” but he said there are “no concrete, definite plans” for when U.S. and Chinese negotiators will meet again.

Last Friday, major markets across the globe advanced despite Trump making good on his threats to raise tariffs from 10% to 25% on $200 billion worth of Chinese goods shortly after the stroke of midnight ET.

That positive sentiment was boosted by the U.S. president saying in a Friday afternoon Twitter post that the latest round of trade talks with China’s delegation — which concluded after tariffs had already been increased — had been “candid and constructive.”

Elsewhere, the calendar is thin with no economic data releases nor big corporate results due. Boston Fed President Eric Rosengren and Fed Vice Chairman Richard Clarida are due to speak at 9.10 a.m. ET.