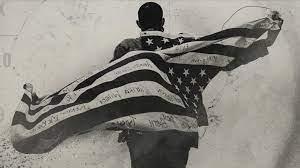 Every Democratic candidate running for president in 2020 campaigned that America is systemically racist and now that Joe Biden has assumed the presidency, he has infused race into every issue.

Far too often, the Democratic Party have imbedded race into everyday life with many espousing the belief of “Critical Race Theory” or that America is systemically racist, but could a an alternative narrative be more plausible, and one that has not even begun to be explored, and that is the failure of Democratic polices?

The origins of critical race theory have its beginnings in the mid-1970 that was made up of civil rights scholars and activists who wanted to know why the civil rights era successes had stagnated or even been reversed. Instead of objectively looking at socio-economic policies that have contributed to this outcome, these leaders instead it had to be the institutions in America are systemically racist.

Listen to Ubaldi Reports Podcast on this topic: https://www.ubaldireports.com/critical-race-theory/

The philosophy of critical race theory is solely based on the notion that white racism is against all “people of color” and is the fundamental root cause of all social inequality, and that white supremacy is totally embedded in all institutions in America.

For the past couple of years, this philosophy became readily apparent in the 2020 presidential campaign and has continued into the Biden administration. The Democratic Party has embraced the concept America is systemically a racist country and wants to infuse critical race theory into all phases of American society, especially the nation’s educational system.

As the debate centers around the question is America a systemically a racist country, but a question that has never been asked, researched or debated could it be that failed Democratic polices be the real reason that the black and Hispanic communities have stagnated.

Maybe we need to objectively ask ourselves as to why “people of color” continue to be mired in the abyss of poverty despite trillions spent on social programs which began with the Great Society of the 1960’s and that continue into the present day.

This question has never been asked with the mainstream media failing in its journalistic ethics of being impartial by not investigating the decades of Democratic policies which have had a major detrimental impact on the black and Hispanics communities?

One then could come to the conclusion is that the media believes America is systemically racist as they are imbedded with the Democratic Party.

First let’s begin with governance of states and cities across America. Throughout much of last year and continued into this year, the nation’s largest cities have been under siege from rioting over social justice, no one has questioned that many of these cities have been run by Democrats on average for over 60-70 years.  One of these urban cities is Atlanta whose last Republican mayor was in 1879.

If one examines the governmental structure of these cities you will find that progressive Democratic polices have done more harm to the black and Hispanic communities who they claim to want to help, but instead have kept them mired in poverty.

Much has been mentioned regarding the city of Baltimore which suffers from chronic endemic economic despair, a dysfunctional educational system, where over 70% of black and Hispanic children are deficient at grade level in math and English, followed by a massive high crime rate, and hasn’t had a white mayor since 2007.

Is Baltimore systemically racist when African Americans control every facet of city governance, from the mayor, city council, police chief, district attorney’s office and finally the school board?

Has anyone asked Baltimore’s school CEO Dr. Sonja Santelises why the city has such a dismal educational achievement gap record, despite having the third highest per pupil spending in the country, or what justifies her salary over $300,000 salary?

Let’s examine the nation’s capital of Washington D.C. which is solidly a Democratic city with the last Republican to run the city was one hundred and eleven years ago. The current Mayor Muriel Bowser routinely decries systematic racism, but the city is a fiscal disaster.

Has anyone asked the mayor who routinely decries systemic racism why as the highest paid chief executive in the country with a $220,000 annual salary far exceeding every governor in the country, and has been in office since 2015, why is her city in such dire straits? 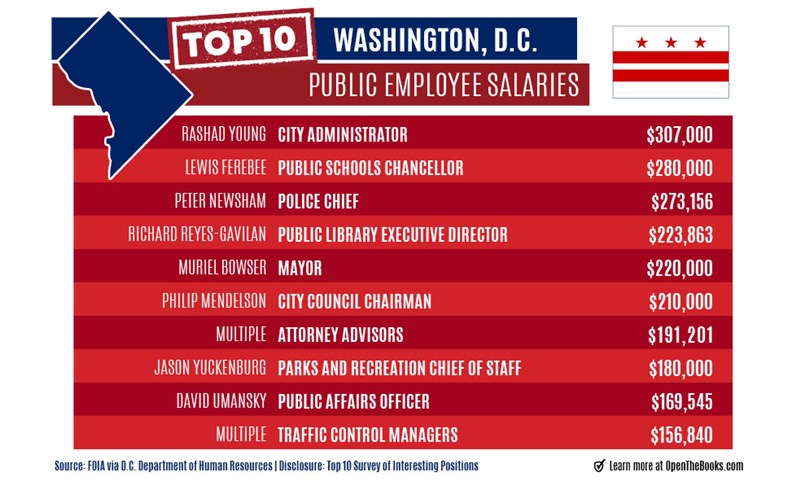 Over 70% of black children cannot do English or Math at grade level but look at the salaries of the educational leadership in the city.

Compared to the latest available national statistics, the DC schools have more than twice the number of administrators per student. Principals made up to $199,000, and 96 six-figure assistant principals earned up to $141,688.

New York State’s Democratic Governor Andrew Cuomo has fiscally mismanaged his state, consistently blames the coronavirus for the mess he finds himself in, but this was a major problem before the crisis as the Empire State has over 290,000 public employee salaries and pensions exceed $100,000, costing the state $38 billion a year.

Auditors at OpentheBooks.com found the state pays out an extraordinary amount of salaries to public school leaders all the while 70% of black and Hispanic children are deficient at grade level in math and English. 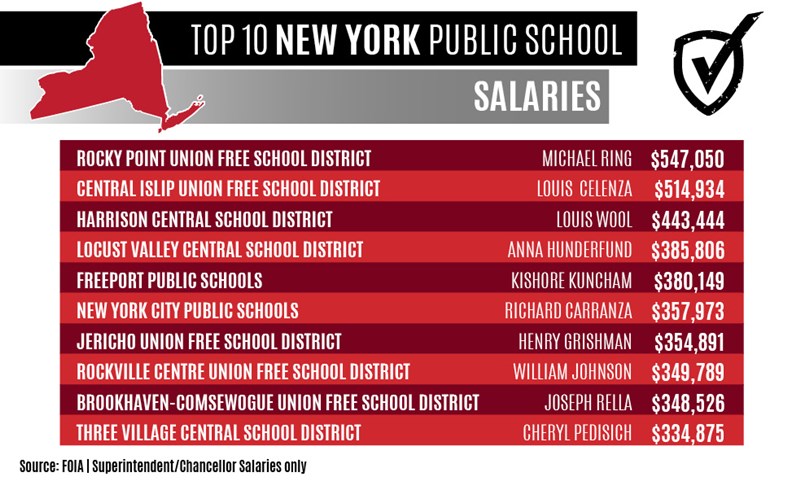 New York City Mayor Bill de Blasio begs for financial relief but has never been questioned why is wife Chirlane McCray who was in charge of mental health for the city cannot account for how $900 million was spent, or why the mayor himself wasted millions on New York’s often troubled public housing.

This type of egregious failure of governance is going on all over the country, from Chicago, Minneapolis, Seattle, St Louis, San Francisco, Los Angeles, and in every major American urban city.

Look at the one of the most progressive states in the nation, the state of California, which is solidly Democratic that controls every aspect of governance, from governor to every statewide office, a super majority in the legislature and only seven of the 53 congressional representatives represented by Republicans.

California Democrats often tout the extraordinary wealth, but what they intentionally fail to mention the state also has the highest poverty rate of any state, and one with the widest income inequality gap in the country.  This disproportionally falls on the backs of the black and Hispanic communities.

Joel Kotkin, penned an article in “City Journal,” titled “Making America California” wrote that “California suffers the nation’s highest poverty rate and presents the widest gap between middle- and upper-middle income earners of any state. Minorities—notably African-Americans and Latinos—do worse in California’s metros than elsewhere in the country, according to a recent study that we conducted at the Urban Reform Institute. In Atlanta, African American median incomes, adjusted for costs, are almost double those in San Francisco and Los Angeles; Latinos earn $20,000 more in midwestern and southern cities than in the enlightened metros along the California coast.”

Education is the best way out of poverty, Dan Walters of CalMatters wrote that, “The income gap, moreover, mirrors what educators call the “achievement gap” among the state’s nearly 6 million K-12 students, with poor and English-learner students – Latino and black children, particularly 0 perpetually falling behind more affluent white and Asian kids.”

As much as Democrats and the media decry systematic racism, why haven’t Democratic politicians been asked why 70% of black and Hispanic children cannot do English or math to grade level after billions have been spent on public education in California.

California is like many states across America, but instead of reforming the failure of cities and states often managed by Democrats, they were rewarded for their fiscal mismanagement by the Democratic Party’s and President Joe Biden’s $1.9 trillion economic stimulus bill.

All of America will lose if this continues especially the black and Hispanic communities, so is it really critical race theory or failed progressive Democratic policies?