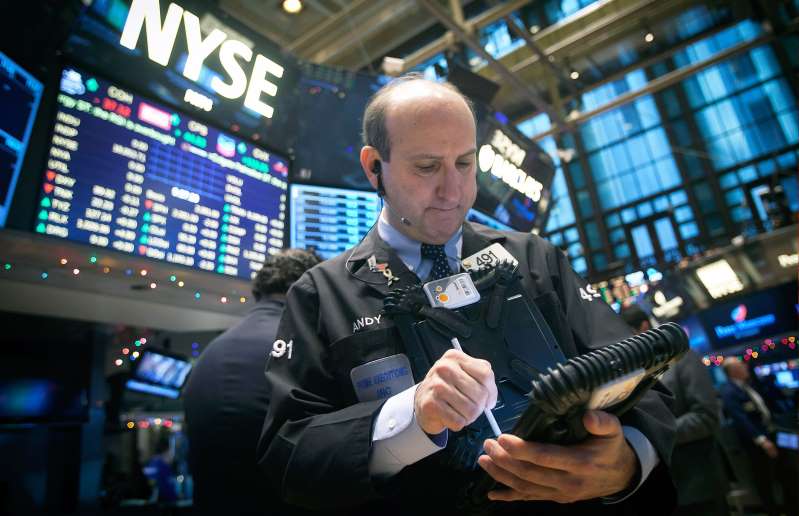 Stocks closed higher Wednesday as the Federal Reserve reaffirmed that it will keep rates unchanged this year.

The Federal Reserve released the minutes of its March monetary policy meeting at 2 p.m. ET. Last month, the U.S. central bank decided to maintain interest rates and hold off an any further increases this year.

“A majority of participants expected that the evolution of the economic outlook and risks to the outlook would likely warrant leaving the target range unchanged for the remainder of the year,” the minutes said.

The minutes revealed that Fed officials are leaving room for possible interest rate increase by the end of the year but currently do not expect to make any changes.

In regard to closely-watched trade negotiations, Treasury Secretary Steven Mnuchin told CNBC that the U.S. and China have “pretty much agreed on an enforcement mechanism ” for when a deal is struck.

“We’ve agreed that both sides will establish enforcement offices that will deal with the ongoing matters,” Mnuchin said.

“The big talk of the day is going to be the bankers,” Robert Pavlik, chief investment strategist at SlateStone Wealth, told CNBC. “I don’t think anyone’s expecting any kind of impact but many people will be watching, even just to get soundbites out of it.”

U.S. consumer pricing data for March “came out a little hotter than expected,” Pavlik said, although the results did not have much of an impact on Dow futures. The Labor Department said its Consumer Price Index rose 0.4% in March, the largest increase in over a year.

Meanwhile, global economic growth was a sore point for risk asset markets. The International Monetary Fund (IMF) cut its forecast for world economic growth this year, saying a slowdown could force world leaders to coordinate stimulus measures. The fund said it expects the world economy to grow by 3.3% this year. That’s down from its previous outlook of 3.5%, which was also a downgrade.