Skip to content
Home » U.S. Politics » Social Security is running out of money, with benefits on track to be reduced by 2035
Previous Next

Social Security is running out of money, with benefits on track to be reduced by 2035 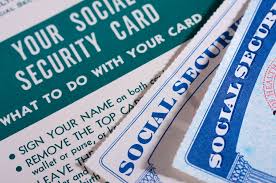 The nation’s Social Security program is running out of money with benefits on track to be reduced by around 2035 unless Congress steps in, according to a report released Monday by the Trump administration.

The prediction is somewhat better than last year’s annual assessment delivered to Congress, when the government predicted a reduction of benefits a year earlier in 2034.

The government also concluded Monday that Medicare’s hospital insurance trust fund will run out of money in 2026. That’s on par with last year’s assessment.

“Lawmakers have many policy options that would reduce or eliminate the long-term financing shortfalls in Social Security and Medicare,” according to an administration statement. “Lawmakers should address these financial challenges as soon as possible.”

The viability of America’s 84-year-old Social Security program has become an urgent question for politicians looking to court voters in next year’s election.

President Donald Trump has repeatedly vowed not to touch the popular program or Medicare, the health insurance program for seniors. But his 2020 budget proposed spending less on both programs over the next 10 years, including some $26 billion on Social Security programs and hundreds of billions trimmed from Medicare. Administration officials insisted that the cuts wouldn’t impact benefits and the cost savings would be found by rooting out fraud and changing how the Medicare pays providers like hospitals.

House Democrats have vowed to block the budget proposal from being enacted.

“Americans pay into these essential programs throughout their working lives, and they expect to receive the benefits they’ve earned,” said Rep. Richard Neal of Massachusetts, the Democratic chairman of the House Ways and Means Committee.

Options to fix the program could include increasing the payroll tax, raising the retirement age or modifying the formula that determines how people receive their benefits. Some 94% of workers participate in Social Security.

One House bill would expand benefits for individuals, implement a payroll tax to earnings that are more than $400,000, and lower taxes for some recipients, among other things.

Rep. John Larson, D-Conn., who serves as the chairman of the House subcommittee that oversees Social Security and is a co-sponsor of that bill, said the report “underscores why it is so important that Congress take action now to prevent cuts from occurring in 2035.”

“With 10,000 Baby Boomers becoming eligible for Social Security every day, and with people facing a retirement crisis after still not fully recovering wealth lost during the Great Recession, the time to act is now,” Larson said in a statement.

Nancy Berryhill, acting Social Security commissioner, said the program was able to buy more time before it depletes its reserves because of a decline in people receiving money for disability. Since last year’s estimate, the trust funds supporting Social Security increased by $3 billion in 2018 to a total of $2.895 trillion in reserves.

“Disability applications have been declining since 2010, and the number of disabled-worker beneficiaries receiving payments has been falling since 2014,” she said in a statement.

But even with that extra cash on hand and plenty of political support, the cost of the program has struggled to keep pace with the cost of paying out benefits for some 174 million Americans and their 63 million beneficiaries.

“Social Security’s total cost is projected to exceed its total income (including interest) in 2020 for the first time since 1982, and to remain higher throughout the remainder of the projection period,” the report found.