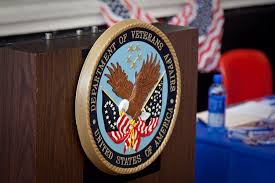 A scandal erupted a VA hospital in Phoenix, Arizona, were as many as 40 veterans died awaiting appointments, and many placed on a secret waiting list.

According to a report by CNN, a secret list was set by Veterans Affairs managers who tried to hide the fact that 1,400 to 1,600 veterans had to wait months to see a doctor; with many dying before they were ever seen.

It seems two set of records were kept: one a falsified record to conceal the lengthy delays in veterans receiving care and one a real record.

At the center of the controversy is Sharon Helman, director of the Phoenix Veterans Affairs Health Care system, along with other management officials, of keeping a fake list to appear that veterans were being seen in a timely manner.

This was done at the same time that 1,600 veterans were waiting months to see a doctor. Rep. Jeff Miller, R-Fla., chairman of the House Committee on Veterans Affairs, said investigators have evidence that two sets of records were kept by the facility to conceal the lengthy delays in care.

It’s ironic that Helman has defended and approved the actions of the Phoenix facility and was also the director of the Veterans Affairs facility in Spokane, Washington, where the VA’s Office of Medical Investigations reported veteran suicides were improperly counted.

According to military.com and other media affiliates, in a one year time frame from July 2007 through July 2008, around 22 veterans at the Spokane VA facility committed suicide.  The VA facility only counted nine suicides and 34 attempted suicides.

Helman then was transferred to Phoenix in 2012 to become the director of Phoenix Veterans Affairs Health Care system.

In a statement VA spokeswoman Jean Schaefer stated the agency has asked for an independent review regarding the claims in Arizona.

She continued, “The Department of Veterans Affairs (VA) cares deeply for every veteran we are privileged to serve, and we are committed to delivering the highest quality care,” Schaefer said. “The Phoenix VA Health Care system takes these issues very seriously and invited the independent VA Office of the Inspector General to complete a comprehensive review of these allegations.”

A full congressional investigation is warranted to investigate this gross mismanagement of the VA facility in Phoenix, and for that matter all VA facilities across the country.  VA officials need to be held to accountable for their extreme ineptitude and gross dereliction of duty.

Current Secretary of Veterans Affairs, former retired General Eric Shinseki needs to be brought before the various congressional committees with oversight over our nation’s veterans, and asked point blank; what is going on at the VA.

Shinseki has been running the VA since 2009, with annual budget of $97 billion in 2009, and $140 billion as of 2013, there should be better accountability on how these facilities are run and managed.

I think it’s time for a new Secretary of Veterans Affairs, unfortunately that won’t happen!