President Eisenhower’s Message to America in 2023 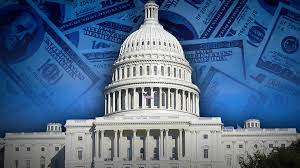 In his final days in office President Eisenhower gave a farewell address to the nation, but if one re-reads his address, you can see that he was speaking not only to the American people of his day, but to future Americans especially those living in 2023.

If you ask any one they will always point to the phrase in the address where Eisenhower speaks about, “The councils of government, we must guard against the acquisition of unwarranted influence, whether sought or unsought, by the military-industrial complex. The potential for the disastrous rise of misplaced power exists and will persist.”

This segment of the speech has produced endless debate, but other aspects of Eisenhower’s council to America have often been missed or just forgotten about all together.

One only just has to read a couple paragraphs below his reference to the “military-industrial complex,” and see how prophetic his address really was and how it speaks to the period we are currently in.

Eisenhower addresses and states, “The prospect of domination of the nation’s scholars by Federal employment, project allocations, and the power of money is ever present and is gravely to be regarded.”

This aspect of Eisenhower prophetic advice to America in 2023 is playing out in real time, especially during the coronavirus pandemic where the nation was subjugated to the scholars who are permeated throughout the federal government and have control of vast swaths of government funding.

The other factor one has to consider to expand on Eisenhower’s counsel is the federal government is now becoming increasingly partisan and involved in censorship by federal agencies who worked in conjunction with Twitter by doing their dirty work from which they are constitutionally barred from doing.

Matt Taibbi the Substack independent author who has been responsible for the release of the Twitter files by Elon Musk stated in an interview, “I think the major revelation of the Twitter files so far is that we’ve discovered an elaborate bureaucracy of what you might call public-private censorship. Basically companies like Twitter have a system by which they receive ten tens of thousands of requests for action on various accounts. Typically through the DHS and FBI, but these requests for coming from basically every department in the government. We’ve seen them from the HHS, from the Treasury, from the DOD, even from the CIA. And they will send basically long lists of accounts in excel spreadsheet files and ask for action on those accounts.”

Far too often federal bureaucrats and agencies are acting on their own implementing public policy usurping the constitutional role the legislative branch meaning Congress is requires to perform. Last year various constitutional rebukes by the U.S. Supreme Court dictating each branch of government to remain in their constitutional prescribed lane.

One of the key aspects of Eisenhower’s farewell address was the admonition to be wary of the nation’s scientific elite.

This has never been more apparent then throughout the coronavirus pandemic, where the nation’s scientific medical elites led by Dr. Anthony Fauci head of the  National Institute of Allergy and Infectious Diseases (NIAID would issue edicts on the American people should live. Anyone who questioned his pronouncement would face score and academic blacklisting.

Fauci even himself stated that questioning him is like questioning science when he himself in fact is science.

Examine the phrase that Eisenhower used, “The prospect of domination of the nation’s scholars by Federal employment, project allocations, and the power of money is ever present and is gravely to be regarded.

Yet, in holding scientific research and discovery in respect, as we should, we must also be alert to the equal and opposite danger that public policy could itself become the captive of a scientific-technological elite.”

Fauci and others controlled how hundreds of millions of dollars would be allocated; if you questioned his edicts you may not be the recipient of research grants.

Even the Center for Disease Control was captivated and subjugated to this elite mentality, and any questioning of their motives, was seen as anti-science. No matter that the CDC colluded and followed the direction of the nation’s educational teachers union in keeping schools closed when no scientific evidence was ever produced to state children were directly impacted by the coronavirus.

We later learned that closures of the nation’s schools had an extremely devastating impact on learning setting back educational achievement decades, with loss most acute for low income and under achieving students.

The final charge Eisenhower cautioned against was, “Another factor in maintaining balance involves the element of time. As we peer into society’s future, we-you and I, and our government-must avoid the impulse to live only for today, plundering, for our own ease and convenience, the precious resources of tomorrow. We cannot mortgage the material assets of our grandchildren without risking the loss also of their political and spiritual heritage. We want democracy to survive for all generations to come, not to become the insolvent phantom of tomorrow.”

Both political parties have mortgaged the nation’s future with trillions of egregious spending all for political expedience in scoring partisan political points. Currently the nation has a $31trillion debt burden which is now mortgaging the future of American children and their children.

It’s time we re-learn what Eisenhower cautioned America, if we don’t we will pay a price!