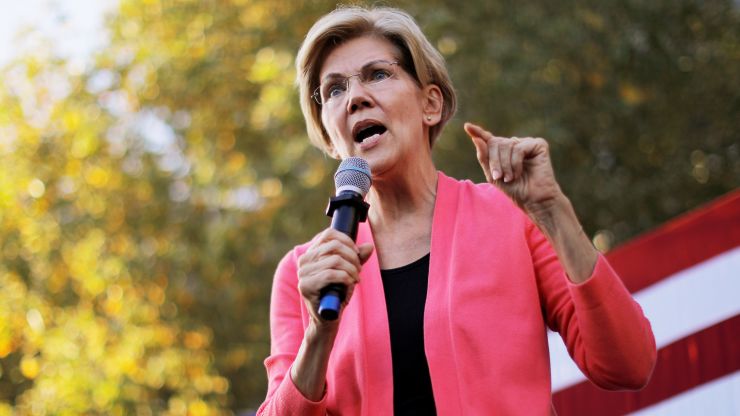 Sen. Elizabeth Warren pledged Friday not to raise middle class taxes to fund her “Medicare for All” plan, responding to pressure she faced as she emerged as one of the frontrunners for the 2020 Democratic presidential nomination.

In a new outline, Warren’s campaign said her single-payer health care plan would cost the country “just under” $52 trillion over a decade, which includes $20.5 trillion in new federal spending. It estimates the proposal would cost just less than the estimated $52 trillion in spending for the current system over 10 years.

The Massachusetts Democrat’s campaign said her plan would give every American “full health coverage, and coverage for long-term care.” It added that it would do so with “not one penny in middle-class tax increases” — a response to criticism from rivals such as South Bend, Ind. Mayor Pete Buttigieg.

As she saw her support swell in both national and early state polls in recent weeks, the 2020 presidential candidate faced more pressure about how she would fund a single-payer, government run health care system. While she had not yet answered specifically whether her plan would hike taxes on middle class Americans, she has repeatedly said it would cut costs by reducing spending on health care.

Warren’s campaign says it will shift the burden of most health care costs from consumers, in the form of premiums, deductibles and co-pays, to federal and state governments and employers. Here are the methods Warren’s campaign outlines to cover the plan’s costs, in terms of both reducing spending and raising money:

Warren also responded to another criticism of Medicare for All from former Vice President Joe Biden, a top rival for the Democratic nomination. Biden, who supports a public health care option, has argued Medicare for All would hurt labor unions that negotiated for their health care plans.

For employers offering health care under a collective bargaining agreement, Warren’s plan would allow them to cut their Medicare contribution “if they pass along savings to workers in the form of increased wages, pensions or other collectively-bargained benefits.”

Health care has emerged as perhaps the biggest flashpoint in the Democratic primary race so far. Presidential candidates have disagreed about whether to immediately move to cover all American through a single-payer system, or move toward universal health care more gradually through methods such as a public option.

Sen. Bernie Sanders, a Vermont independent and the leading proponent of Medicare for All in the Democratic primary race, indicated to CNBC that he would not release a specific method to pay for his health care plan.