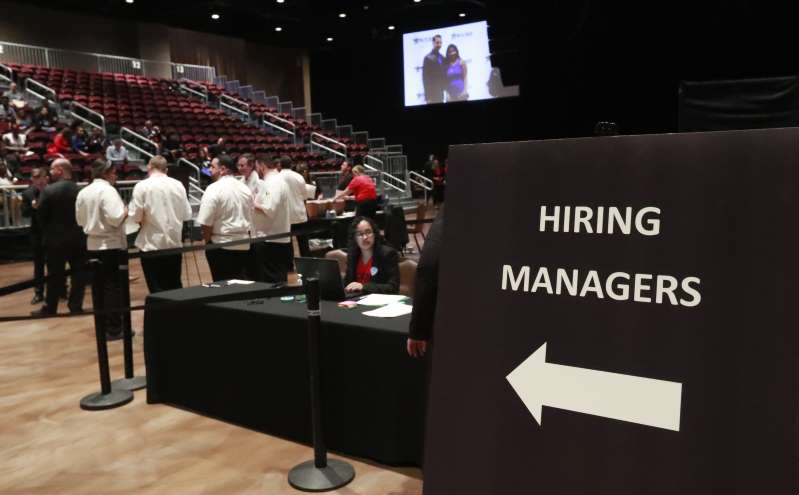 Nonfarm payrolls rose by 128,000 in October as the U.S. economy overcame the weight of the GM autoworkers’ strike and created jobs at a pace well above expectations.

Even with a decline of 42,000 in the motor vehicles and parts industry, the pace of new jobs well exceeded the estimate of 75,000 from economists surveyed by Dow Jones. The loss of jobs came due to the General Motors strike that has since been settled. That 42,000 job loss itself was less than the 50,000 or more that many economists had been anticipating. 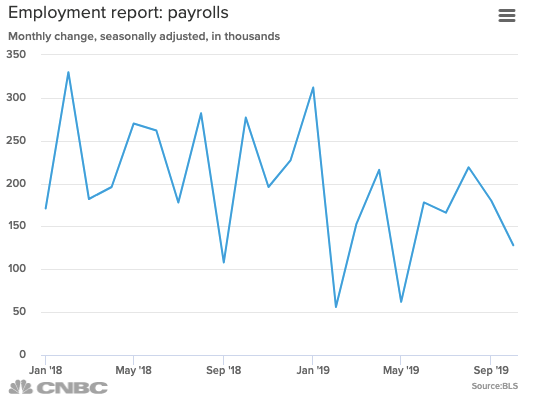 The unemployment rate ticked higher to 3.6%, in line with estimates, but remains around the lowest in 50 years. A more encompassing measure that includes discouraged workers and those holding part-time positions for economic reasons also edged up to 7%.

The unemployment rate for African Americans nudged down to a record low 5.4%. Also, the total employment level as measured in the household survey jumped to 158.5 million, also a new high.

The pace of average hourly earnings picked up a bit, rising 0.1% to a year-over-year 3% gain, also in line with estimates. The average work week was unchanged at 34.4 hours.

“This report is yet another sign that the economy is still strong right now and adds to a list of indicators that are looking optimistic of late,” said Steve Rick, chief economist at CUNA Mutual Group. “The vigor of this labor market, along with a more positive housing market and solid Q3 GDP, should offer some welcome reassurance.”

Along with the better-than-expected performance in October, previous months’ counts were revised considerably higher. August’s initial 168,000 estimate came all the way up to 219,000 while September’s jumped from 136,000 to 180,000.

Together, the new estimates added 95,000 positions for the two-month period, bringing the three-month average to 176,000, which is well above the pace needed to keep the unemployment rate around its current level.

The report helps further quell worries that the U.S. economy is teetering toward recession and helps affirm the assessment from most Federal Reserve officials.

Central bank leaders have largely praised the state of the U.S. economy, particularly compared with its global peers. The Fed earlier this week lowered its benchmark interest rate a quarter point, the third such move this year, but Chairman Jerome Powell clearly indicated that this likely will be the last cut for some time unless conditions change significantly.