Democrats are Responsible for the Student Loan Debt Problem

Throughout the 2020 presidential campaign, Democrats have vigorously touted that the federal government as matter of stated economic policy should forgive student loan debt.

Democrats, such as Vermont Socialist Senator Bernie Sanders, have advocated this as he has repeatedly which is akin to anvil centered on the financial mobility of college graduates.

The question which should be asked of all Democrats, why should we trust you to fix the student debt loan problem when you created the mess in the first place?

The cost of college and university education was a problem in 2010, but the solution by Democrats, pushed and signed by President Obama made the situation dramatically worse. After the passage of the Health Care and Education Reconciliation Act, a few weeks later a little-known rider which would have profound impact on college financing was the Student Aid and Fiscal Responsibility Act, which fundamentally changed the way student loans were granted.

A rider is an additional provision that is added to a bill or other measure under the consideration by the Congress that has nothing to do with the subject matter of the bill, in this case the rider was attached to health care reform act or has it is commonly known as Obamacare.

The healthcare reform bill passed and signed into law by President Obama on a stickily partisan vote with not one Republican voting in favor. Like healthcare the Student Aid and Fiscal Responsibility Act had the adverse effect instead of making college and university less expensive it exploded the cost and with it the amount of student loan debt.

Obama commented that “By cutting out the middleman, we’ll save American taxpayers $68 billion in the coming years,” the president said. “That’s real money — real savings that we’ll reinvest to help improve the quality of higher education and make it more affordable.”

Unfortunately this had the opposite effect as college and universities could raise the cost of tuition knowing fully that students wanted a college education and the federal government would back student loan financing. The act did nothing to rein in college spending instead the non-academic side of higher education namely the administrative bureaucracy exploded far faster than any other cost. 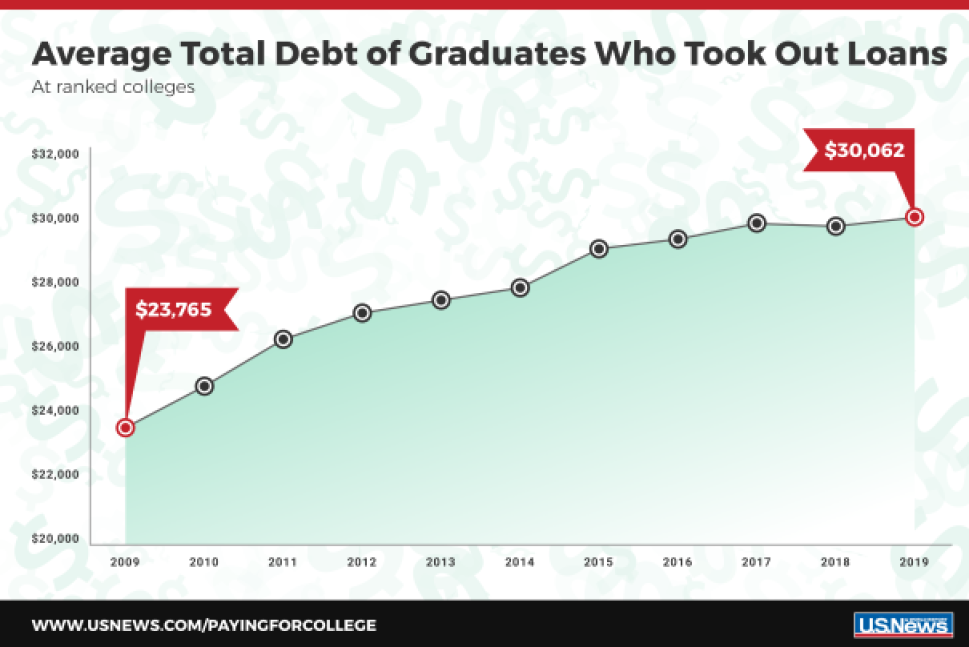 With President-elect Joe Biden preparing to assume the mantel of the presidency on January 20th, current Senate Minority Leader Chuck Schumer who could become the majority leader depending what happens in the Georgia Senate race has advocated for forgiving $50,000 in student loan debt. “I have a proposal with Elizabeth Warren that the first $50,000 of debt be vanquished, and we believe that Joe Biden can do that with the pen as opposed to legislation.”

Back in September Schumer along with Massachusetts Democratic/Socialist Senator Elizabeth Warren put forth a proposal by utilizing the coronavirus as cover to further this proposition she had championed during her failed presidential campaign.

Schumer has boldly stated that even if the Democrats are unsuccessful in Georgia, he believes and he would pressure Biden to forgive student loan debt by executive action.

It’s interesting that Schumer who was in the leadership of the Senate, and Sanders also a member of the Senate, as both of them had supported the Student Aid and Fiscal Responsibility Act, which is one of the issues that caused the problem in the first place. It’s interesting that both Schumer and Sanders were responsible for saddling students with massive student loan debt, which did nothing to reduce the cost for higher education now they claim they want to fix a problem they created.

In all this the media has been engaged in journalistic malpractice by never asking any Democrat, nor have they asked Biden, and Sanders, why we should trust them to fix the problem when they created it in the first place.

Now their solution is a wealth transfer as a paper by the University of Chicago’s Becker Friedman Institute for Economics shows that erasing all student loan debt would distribute $192 billion to the top 20% of earners in the U.S., but just $29 billion to the bottom 20% of U.S. households.

In its quest to pander to the extreme elements Democratic progressive base and cater to millennials, Democrats would be in an essence turning their backs on the working class in favor of the affluent.  The bailout of student loans would constitute a dramatic transfer of monetary assets to the privilege and the affluent. As most studies find the majority of college graduates often come from financially secured families, who tend to be better off and well connected.

A recent analysis from the liberal leaning Brookings Institution of Federal Reserve data found: “The highest-income 40% of households (those with incomes above $74,000) owe almost 60% of the outstanding education debt and make almost three-quarters of the payments. The lowest-income 40% of households holds just under 20 percent of the outstanding debt and making only 10% of the payments.”

This would surely raise and trigger a backlash among blue collar and working class Americans who would be subsidizing the privilege and the wealthy who in some cases majored in fields with low probability of economic gain from the amount of student loan they agree to pay.

If Biden forgave student loan debt, what do you tell the millions of college graduates who saved worked and sacrificed to graduate without indebting themselves? What about families who saved, worked extra shifts to finance their children’s college education, only to have a progressive president forgive student loans?

What do you tell those without college degrees, are they suckers or stooges for not going to college, and what about bailing out those who were irresponsible in obtaining so much debt in the first place?

The media in its journalistic malpractice has failed to question Schumer, Sanders and all Democrats including Biden, on what caused the explosion in student loan debt in the first place. The media has failed to do even the very basic in rudimentary research to analyze the origins of the Student Aid and Fiscal Responsibility Act and its impact on the increase on student loan debt.

The sad aspect of this culminated in a House Financial Services Committee hearing held in April 2019, by chairwoman Maxine Waters featuring a panel of seven bank CEO’s when she asked, “What are you guys doing to help us with this student loan debt? Who would like to answer first? Mr. Monahan, big bank.”

Bank of America chairman and CEO Brian Monahan replied, “We stopped making student loans in 2007 or so.”

She then turned to James Dimon, JPMorgan Chase chairman and CEO, who explained, “When the government took over student lending in 2010 or so, we stopped doing all student lending.”

The sad part she voted for this change like all Democrats who were in the House and Senate, and pushed and signed by the Obama-Biden administration for this massive change which contributed to explosion of student loan debt.

This failure in questioning those responsible also extends if a president even has the constitutional authority to do such an act.

The media aligned with the Democratic Party for the past four years have been blasting Trump for executive overreach, and now that Biden is the President-elect have advocated bipartisanship, far different on how both acted during the Trump administration.

The forgiving would have sever constitutional implications as this would clearly be an extensive power grab on steroid, when at the same time Biden is calling for all American’s to unite.

If Biden by executive order would wipe out student loan debt, what would prevent future presidents from acting unilaterally? Wouldn’t this set a dangerous precedent?

Would a future Republican president eliminate all debt for working class American’s, utilizing the same argument that Democrats are pontificating.  Considering the working class were severely impacted by the coronavirus economic shutdown.

How would colleges and universities react, wouldn’t his encourage the raising of tuition knowing full well that the federal government would institute an additional bailout in the future?  This happened with the passage of the Student Aid and Fiscal Responsibility Act. This would be setting major precedent!

This is the one aspect that contributed to the student loan debt problem, but instead of blaming others maybe those who contributed to this disaster in the first place need to take a hard look of why college is so expensive.

Let’s not make the cure worse than the disease, nor should we follow the advice of those who contributed to problem in the first place!