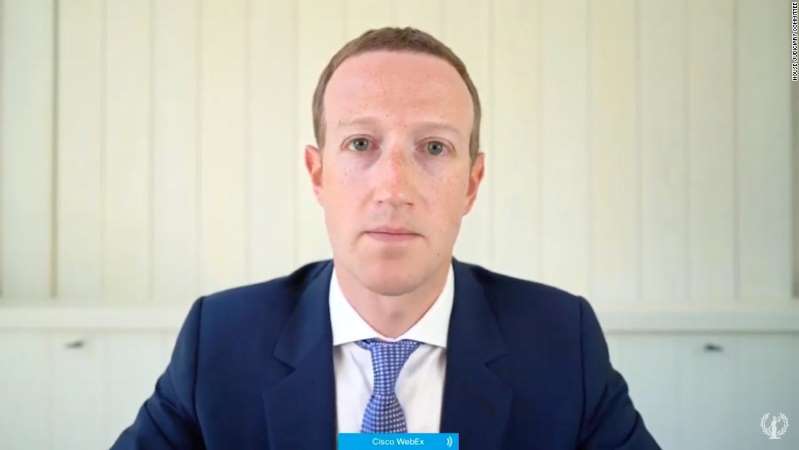 It’s a question that gets to the heart of escalating tensions between the United States and China: “Do you believe that the Chinese government steals technology from US companies?”

And it was put to the CEOs of Amazon, Apple, Facebook and Google by Rep. Greg Steube, more than four hours into Wednesday’s five-and-a-half hour Congressional antitrust hearing.

The answers were somewhat varied.

“I don’t know of specific cases where we have been stolen from by the government,” Apple CEO Tim Cook said. “I know of no case [of] ours where it occurred … I can only speak to firsthand knowledge,” he added.

“I have no firsthand knowledge of any information stolen from Google in this regard,” he said. (Pichai later issued a correction, acknowledging a China-linked cyberattack on Google in 2009 in which the company said some of its intellectual property was stolen.)

Amazon’s Jeff Bezos, the world’s richest man, said he had “heard many reports of that,” though he added that “I haven’t seen it personally.”

Steube’s question carries enormous significance in the United States. The issue of intellectual property theft is central to the geopolitical dispute between the United States and China, and protecting IP has been one of Washington’s core demands throughout the trade war.

The United States has long said that intellectual property theft has cost the US economy billions of dollars in revenue and thousands of jobs. Chinese officials, meanwhile, have repeatedly rejected accusations that foreign companies are treated unfairly, arguing any tech secrets handed over were part of deals that had been mutually agreed upon.

Zuckerberg’s remark, meanwhile, marked a notable shift in tone for one of America’s foremost tech executives. In previous years, the Facebook CEO has made plenty of overtures to the Chinese government, which at the time drew widespread criticism.

On Wednesday, presenting Facebook as an American champion against China’s tech industry was a key part of Zuckerberg’s testimony.

“If you look at where the top technology companies come from, a decade ago the vast majority were American,” the Facebook CEO said. “Today, almost half are Chinese.”

But when Steube followed up his initial question by asking for recommendations on how Congress could “better protect” American companies from “aggression and government intervention abroad” in places such as China and Europe — neither Zuckerberg nor any of his peers had an answer.

Steube waited for around 15 seconds of awkward silence before yielding the rest of his time.