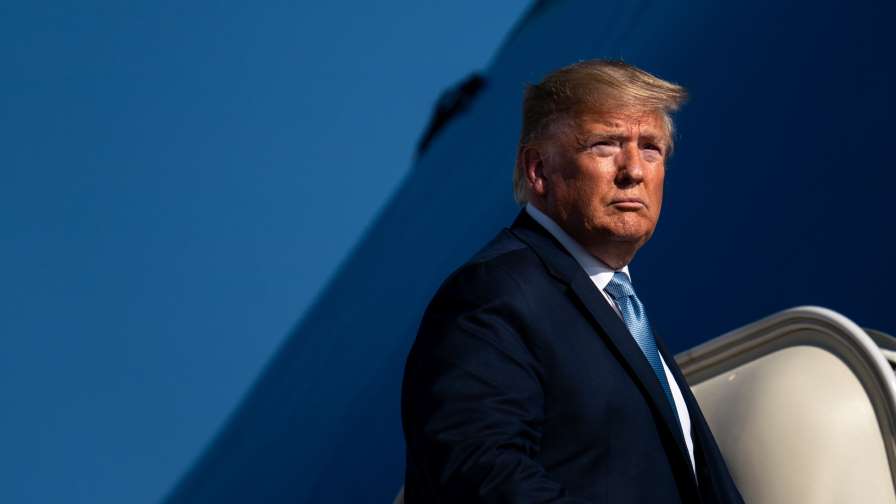 A potentially explosive complaint by a whistle-blower in the intelligence community said to involve President Trump emerged on Thursday as the latest front in a continuing oversight dispute between administration officials and House Democrats.

While the allegation remains shrouded in mystery, it involves at least one instance of Mr. Trump making an unspecified commitment to a foreign leader and includes other actions, according to interviews. At least part of the allegation deals with Ukraine, two people familiar with it said.

The complaint, submitted by a member of the intelligence community to its inspector general, renewed questions about how the president handles delicate matters. Mr. Trump defended his actions, and allies described his style with foreign leaders as more freewheeling than typical high-level diplomacy. “I would only do what is right anyway, and only do good for the USA!” Mr. Trump wrote on Twitter.

Though it is not clear how Ukraine fits into the allegation, questions have already emerged about Mr. Trump’s dealings with its government. In late July, he told the country’s new president, Volodymyr Zelensky, that Ukraine could improve its reputation and its “interaction” with the United States by investigating corruption, according to a Ukrainian government summary of the call. Some of Mr. Trump’s close allies were also urging the Ukrainian government to investigate matters that could hurt the president’s political rivals, including former Vice President Joseph R. Biden Jr. and his family.

The controversy first erupted a week ago, when Representative Adam B. Schiff, Democrat of California and the chairman of the House Intelligence Committee, revealed the existence of the complaint and disclosed that the acting director of national intelligence, Joseph Maguire, had blocked the inspector general from sharing it with Congress, as generally required by law. The inspector general deemed the complaint legitimate and opened an inquiry.

Mr. Maguire’s intervention touched off the latest in a series of clashes between congressional Democrats seeking to conduct oversight and administration officials who they say are stonewalling their requests for information. Democrats accused Mr. Maguire of ignoring the law, possibly to protect Mr. Trump or another high-level official, though intelligence officials insisted that they blocked lawmakers’ access to the complaint in accordance with the law, not politics.

A spokeswoman for Mr. Maguire declined to comment. Andrew P. Bakaj, a former C.I.A. and Pentagon official whose legal practice specializes in whistle-blower and security clearance issues, confirmed that he was representing the official who filed the complaint. Mr. Bakaj declined to identify his client and said he would not disclose details of the complaint.

For nearly a week, the controversy remained opaque.

Then on Wednesday evening, The Washington Post reported that the whistle-blower’s allegations centered on at least one conversation involving Mr. Trump, setting off another frenzy in Trump-era Washington. The inspector general, Michael Atkinson, appeared on Capitol Hill in a closed-door session on Thursday but divulged no specifics beyond saying that the complaint involved multiple actions, according to two officials familiar with his briefing.

Questions about Mr. Trump’s discussions with the Ukrainians involve his allies, including his personal lawyer Rudolph W. Giuliani, who hoped to persuade Kiev to investigate matters that could help Mr. Trump politically.

According to government officials who handle foreign policy in the United States and Ukraine, Mr. Giuliani’s efforts created the impression that the Trump administration’s willingness to back Mr. Zelensky was linked to his government’s readiness to in turn pursue the investigations sought by Mr. Trump’s allies.

Mr. Giuliani said he did not know whether Mr. Trump discussed those matters with Mr. Zelensky, but argued it would not be inappropriate.

The president has the right to tell another country’s leader to investigate corruption, particularly if it “bleeds over” into the United States, Mr. Giuliani said on Thursday. “If I were president, I would say that,” he added.

Around the same time, a separate issue was brewing. Congressional aides and administration officials who work on Ukraine issues had become concerned that the White House was slow-walking a military assistance package for Kiev, according to people involved in an effort to free up the assistance.

Last week, the two issues merged when Mr. Schiff and two other Democratic House committee chairmen requested the transcript of Mr. Trump’s call with Mr. Zelensky from the State Department and the White House as part of an investigation into whether Mr. Trump and Mr. Giuliani were misappropriating the American foreign policy apparatus for political gain.

The Democrats indicated they planned to examine whether the delay in the assistance “is part of President Trump’s effort to coerce the Ukrainian government into pursuing politically motivated investigations.”

The next day, Mr. Schiff wrote to Mr. Maguire seeking information about the whistle-blower complaint.

And the following day, the White House released the military assistance to Ukraine, with little explanation.

The unusual disagreement between Mr. Maguire and Mr. Atkinson centers on who is best suited to investigate the whistle-blower’s accusations.

In a letter to the leaders of the House Intelligence Committee, Mr. Atkinson wrote that the complaint falls within the jurisdiction of the director of national intelligence and “relates to one of the most significant and important of the D.N.I.’s responsibilities to the American people.”

Mr. Maguire has not disputed the seriousness of the allegation but determined in consultation with the Justice Department that it was outside the scope of the law requiring whistle-blower complaints be forwarded to Congress. Any accusation that triggers the requirement must involve the funding, administration or operations of an intelligence agency.

Administration officials have shared at least some details of the accusations with the White House, to allow officials to weigh whether to assert executive privilege, an official said.

“But given the recent history of Justice Department leadership engaging in public messaging that comes across as scripted by the White House, it is not unreasonable to have concerns about the consultation with the department in this instance,” said David H. Laufman, who served as chief of the counterintelligence section in the Justice Department’s National Security Division.

Mr. Schiff said he would explore potential recourse with the House’s general counsel to try to force the release of the complaint, including potentially suing for it in court.

The law is “very clear” that the whistle-blower complaint must be handed over to Congress, said Senator Angus King of Maine, an independent who caucuses with the Democrats.

“The inspector general determines what level of concern it is,” Mr. King, a member of the Senate Intelligence Committee, said in an interview. “Once the determination is made,” he added, the director of national intelligence “has a ministerial responsibility to share that with Congress — it is not discretionary.”

[Read a pairof letters from the Office of the Director of National Intelligence about the complaint.]

Democrats emerged from Mr. Atkinson’s briefing and renewed their accusation that the Trump administration was orchestrating a cover-up of an urgent and legitimate whistle-blower complaint that could affect national security.

Mr. Schiff told reporters after the briefing that he still did not know the contents of the complaint and had been unable to get an answer to whether the White House was involved in suppressing it.

“I don’t think this is a problem of the law,” he said. “I think the law is written very clearly. I think the law is just fine. The problem lies elsewhere. And we’re determined to do everything we can to determine what this urgent concern is, to make sure that the national security is protected and to make sure that this whistle-blower is protected.”

Officials with Mr. Maguire’s office were scrambling to find a compromise with Congress ahead of Mr. Maguire’s scheduled testimony on Sept. 26, according to a senior intelligence official.

Senator Mark Warner of Virginia, the top Democrat on the Senate intelligence panel, said on Thursday that he and the committee’s Republican chairman, Senator Richard Burr of North Carolina, also expected both the inspector general and acting director to brief them early next week and “clear this issue up.”

Some legal experts said it was not obvious how an exchange between Mr. Trump and a foreign leader could meet the legal standards for a whistle-blower complaint that the inspector general would deem an “urgent concern.”

And while Mr. Trump may have discussed intelligence activities with the foreign leader, he enjoys broad power as president to declassify intelligence secrets, order the intelligence community to act and otherwise direct the conduct of foreign policy as he sees fit, legal experts said.

Mr. Trump regularly speaks with foreign leaders and is often unfettered. Some current and former officials said that what an intelligence official took to be a troubling commitment could have been an innocuous comment.

Mr. Trump’s calls with other leaders are unlike anything his predecessors engaged in, one European diplomat said. The president eschews the kind of structured calls of his predecessors and instead quickly moves from the stated topic of the call to others. He will disclose his ideas for forthcoming summit meetings and test ideas and policies in a seemingly casual way, the diplomat said.

But the whistle-blower complaint renewed questions about whether some of his freelance proposals were inappropriate. The accusation, even with few details, quickly gained traction in part because of longstanding concerns among some intelligence officials that the information they share with the president is being politicized.