Washington Continues to Squabble over the Economy 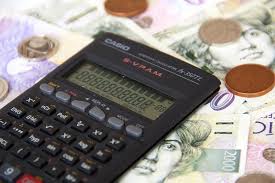 Too some who read my posts it seems I repeat and regurgitate the same prevailing themes regarding the U.S. economy, but unfortunately our political leadership is void of doing what is in the best interest of the country.

Every Saturday the president gives a weekly radio address, which first began by President Franklin Roosevelt during the dark days of the depression in the 1930’s.

President Ronald Reagan reinstituted this practice in the 1980’s and each president has followed this time honored practice of addressing the nation each week.

Unfortunately, this time honored practice has truly shown the dysfunction of our current political system, where each political party uses this time to totally ridicule their opponents; without offering concrete ideas how they would reinvigorate the U.S. economy.

On Saturday, President Obama used his time to condemn and mock Republicans with regard to the stewardship of the U.S economy.

The president began by stating, “Yesterday, we learned that businesses added 273,000 jobs last month.  All told, our businesses have now created 9.2 million new jobs over 50 consecutive months of job growth.

But we need to keep going – to create more good jobs, and give middle-class families a sense of security.  And I want to work with Congress to do it.

But so far this year, Republicans in Congress have blocked or voted down every serious idea to create jobs and strengthen the middle class.  They’ve said “no” to raising the minimum wage, “no” to equal pay for equal work, and “no” to restoring the unemployment insurance they let expire for more than two million Americans looking for a new job.”

What the president failed to mention, in that same report, the Labor Department reported that well over 800,000 dropped out of the labor force bringing the labor participation rate to the lowest levels since 1978.

Currently we have 92 million people currently out of the work force a record number.

After the release of Friday’s unemployment report House Speaker Rep. John Boehner issued a statement, Washington can learn a lot from the Republican economic solutions that are working in states like Ohio – we need more robust economic growth if we’re going to help the millions who remain unemployed get back on their feet.  House Republicans have made the people’s priorities our priorities, passing jobs bill after jobs bill to expand opportunity and economic security for middle-class families.  President Obama ought to call on his Democratic-led Senate to take up the stacks of House-passed jobs measures so we can get this economy moving again.”

Republicans consistently mention tax reform as one of their cherished goals in jump starting the economy, but then fail to support their colleague, House Ways and Means Chair Rep. Dave Camp who unveiled a comprehensive tax reform proposal.

All we get from both political parties is more campaign rhetoric then any substantial policy to reinvigorate the ailing U.S. economy.

It’s time for the American people to act, because if we do not then we get the government we have.