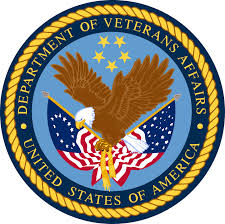 After it was revealed last month that at least 40 veterans allegedly died at the Phoenix Veterans Affairs Health Care System, in which they were placed on a controversial secret waiting list to hide the wait times.

Now the head of the American Legion has called for the resignation of Veterans Affairs Secretary Eric Shinseki and other VA officials involved in various scandals which have rocked the VA across the country.

American Legion Commander Dan Dellinger said the problems with the department need to be addressed at the “highest level,” starting with new leadership. He said this is the first time the organization has called for such resignations in more than 30 years.

“It is obvious the issues are more widespread within the VA,” Dellinger said, faulting “bureaucratic incompetence and failed leadership.”

The Veterans of Foreign Wars would not go as far as the American Legion in calling for the resignation of various VA officials including the director, but VA Director Shinseki needs to get in front of this repressible situation at VA facilities especially in Phoenix.

VFW National Commander William A. Thien said it is still “paramount that Secretary Shinseki get publicly in front of this immediately to address the valid concerns of veterans and their families, and to reestablish the credibility of the entire VA health and benefits systems, and that of his own office.”

The White House is currently standing by Shinseki and issued a statement that the president is standing behind the VA Director and “remains confident in Secretary Shinseki’s ability to lead the department.”

The American Legion is publically citing a litany of problems at the VA, from a backlog of claims and controversial bonuses, this recent scandal was the tipping point that Shinseki must go.

Sen. Jerry Moran, R-Kan., on the Senate floor called for the resignation of the embattled VA Director,  “It’s clear that accountability at VA is absent, oversight doesn’t mean much,” Moran, a member of the Veterans Affairs Committee, said on the floor. “There’s a difference in wanting change and leading it to happen. Today I am demanding accountability and true transformation within the VA system in its culture from top to bottom and all across the country. Secretary Shinseki seemingly is unwilling or unable to do so, and change must be made at the top.

“I ask the secretary to submit his resignation, and I ask President Obama to accept that resignation,” he said.

Sen. John Cornyn, R-Texas, followed up with his own resignation of Shinseki, “The president needs to find a new leader to lead this organization out of the wilderness, and back to providing the service our veterans deserve.”

Sen. Bernie Sanders, I-Vt., chairman of the Veterans Affairs Committee, said: “While it might be temporarily satisfying to call for firing someone, it doesn’t get us any closer to the truth or solve problems that may exist.”

There seems to be a culture of non-accountability in many government agencies, and each agency that has come under the public scrutiny has had numerous breaches of blatant improprieties.

It’s time Washington got its act together and remember they are to serve us not for us to serve them.

At this point the VA Director needs to be brought before Congress and explain what is going on at the VA.