Skip to content
Home » U.S. Government » VA Troubles Continue; but Especially For the President
Previous Next

VA Troubles Continue; but Especially For the President 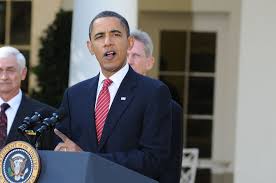 Trouble at the VA continues each day amid new charges that another VA hospital has been accused of keeping a secret waiting list.  You can now add Albuquerque, New Mexico to the list.

The scandal is extremely problematic for the president as the Washington Times’ obtained materials through the Freedom of Information Act, which made clear the problems dated back to 2008.

During the transition from the Bush to the Obama presidency in 2008, Veteran Affairs officials warned the incoming Obama-Biden team, don’t trust the numbers fed to you by the various facilities.

Two questions emerge here; first, if the president and his administration knew back in 2008 during the transition why did they not do anything to alleviate this problem?

The second question is when did the Bush administration know about this or was this only suspicion without any substantiated proof?

Right now various elected officials and veterans organizations are calling for Veterans Affairs Director Eric Shinseki to resign over these serious allegations, but removing Shinseki dose not fix the problem.

Carney: When you say these problems, the fact that there have been bureaucracies —

Acosta: The delays have been known for some time.

Carney: You mean the specific allegations that I think were reported first by your news network out of Phoenix, I believe. We learned about them through the reports. I will double check if that is not the case.

Yesterday, on CBS’ “Face the Nation” White House Top aide Denis McDonough, stated President Obama is “madder than hell” over reports of the delay of treatments for the nations veterans at these various hospital.

This crisis becomes problematic for the president as the Veterans Affairs for all practical purposes is a government run medical care system to provide medical care for our nation’s veterans and their families.

The president needs to take action, and so far President Obama has only spoken once regarding this and that was last month while he was in Asia.  The question why hasn’t the president addressed this crisis publically?

The ongoing crisis with the VA needs leadership from the president.