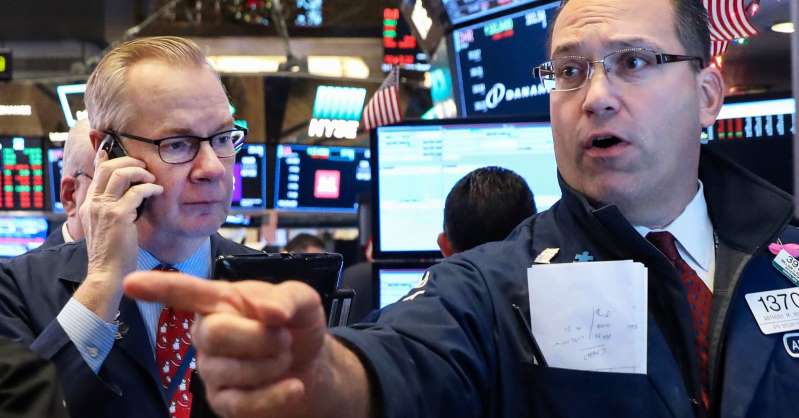 At around 3:00 a.m. ET, Dow futures fell 32 points, indicating a negative open of more than 34 points. Futures on the S&P and Nasdaq were both also marginally lower.

The Dow posted its fourth straight day of gains Monday, on the back of renewed optimism in U.S.-China trade talks. The U.S. Treasury Secretary, Steven Mnuchin, said that there is a “conceptual agreement” around intellectual property theft with China. This is one of the most contentious issues between both countries.

Meanwhile, Huawei dropped Tuesday one of its lawsuits against the U.S. This happened after some equipment seized by Washington nearly two years ago was returned to the company, CNBC reported.

On the tech front, shares were mixed on Monday on the back of news that 50 attorneys general are joining an antitrust probe into Google.

Investors will be looking ahead to a new Job Openings and Labor Turnover Survey (JOLTS), due at 10:00 a.m. ET. Earlier in the day, a small business data survey will be released.

There is also Apple’s event on the radar, starting at 10:00 a.m. ET, where the tech giant is due to launch new products.

On the earnings front, HD Supply, RH and GameStop are among the corporates reporting Tuesday.