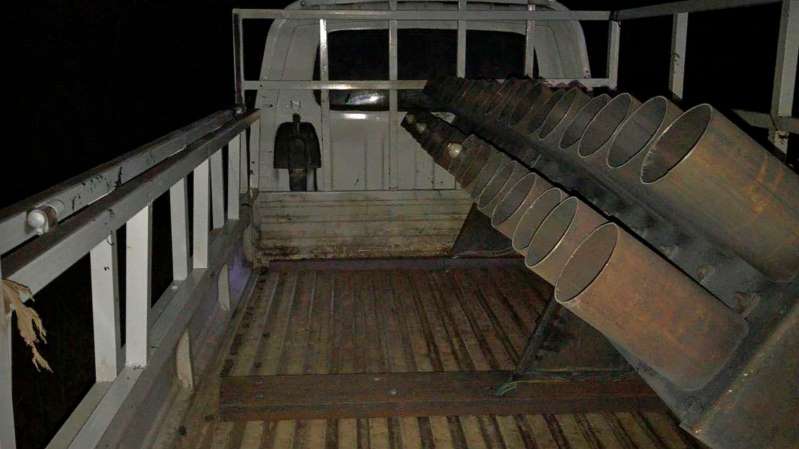 The U.S. military conducted airstrikes in various locations inside Iraq on Thursday targeting an Iranian-backed militia group it says is responsible for Wednesday’s rocket attack that killed two American service members, a British service member and wounded 14 others.

In a statement, the Pentagon characterized the strikes as “defensive, proportional, and in direct response to the threat posed by Iranian-backed Shia militia groups” to coalition bases in Iraq.

MORE: 2 Americans among 3 service members killed in rocket attack on base in Iraq: Officials

“The United States will not tolerate attacks against our people, our interests, or our allies,” Defense Secretary Mark Esper said in a statement following the airstrikes. “As we have demonstrated in recent months, we will take any action necessary to protect our forces in Iraq and the region.”

Earlier on Thursday Esper and Gen. Mark Milley, the chairman of the Joint Chiefs of Staff, told reporters that Iranian-backed Shiite militia groups were responsible for the attack on the large training base known as Camp Taji.

“All options are on the table as we work with our partners to bring the perpetrators to justice and maintain deterrence,” Esper told reporters earlier on Thursday.

The defense secretary said President Donald Trump was presented with options that the U.S. military could take in response to the attack, adding that the president gave him the authority he needed.

Asked on Thursday whether Iran should expect a response from the U.S., Trump replied, “I’d rather not say.”

“Let’s put it this way, you will see. I can’t say,” Trump said. “I was working on that last night also. They sent a lot of rockets. It hasn’t been fully determined it was Iran.”

He added, “As you know, it was a rebel group but most likely it could be backed by Iran, but we’ll see what the response is.”

Milley said that about 30 Katyusha rockets were fired with about 12 to 18 rockets impacting at Camp Taji. He characterized five of the 14 wounded as “urgent,” and said they were a mix of Americans, Brits and Poles — as well as contractors.

“We have a good indication based on forensics where it was fired from, who did the firing, so on and so forth,” Milley said.

MORE: Video shows aftermath of US strike on Iran-backed group in Iraq amid concerns violence could escalate

Testifying before Capitol Hill on Thursday, the commander of U.S. troops in the Middle East, Gen. Kenneth McKenzie, noted that “the Iranian proxy group Kata’ib Hezbollah (KH) is the only group known to have previously conducted an indirect fire attack of this scale against U.S. and Coalition forces in Iraq.”

The militia group was found responsible for the December attack on a base in northern Iraq that killed an American contractor. That incident led the U.S. to take military retaliation against the group, carrying out airstrikes on several locations in Iraq and Syria.

Tensions continued to escalate, as demonstrators attacked the U.S. Embassy in Baghdad. Then on Jan. 2, the U.S. military conducted a strike on Qassem Soleimani, killing the top Iranian general as he left Baghdad International Airport.

The U.S. said he was plotting additional attacks against U.S. personnel and interests in the region. But in a show of force, the Iranians launched more than a dozen ballistic missiles at bases in Iraq, where U.S. troops were present, causing traumatic brain injuries to more than 100 American service members.

Speaking about the death on Soleimani in January, Secretary of State Mike Pompeo said, “Judging from the type and intensity of the strike, the regime certainly must now understand what we will do if they ever again pose risk to American lives. If Iran escalates, we will end it on our terms.”

On Thursday, McKenzie added that the newest attack had crossed a line.

“I would believe a red line for the United States is going to be the death of U.S. service members or those of our partners and allies,” McKenzie said on Thursday. “So that’s a red line.”