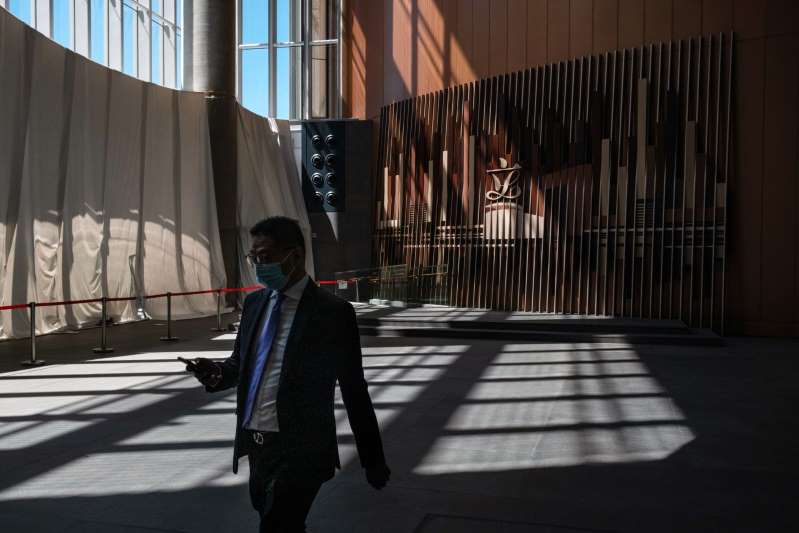 The U.S and key allies Australia and the U.K. voiced new concern about Hong Kong’s upcoming elections, amid a flurry of local media reports that the government was considering postponing the vote for as long as a year.

The U.S. and Australia reiterated “deep concern” over the national security legislation China recently imposed on Hong Kong in a statement, saying they hoped the city can choose a new legislature on Sept. 6 “via a genuinely free and fair election, which is credible and peaceful.” Separately, U.K. Foreign Secretary Dominic Raab told top Chinese diplomat Wang Yi that Britain “would be watching the Hong Kong Legislative Council elections in September closely.”

The statements come after media reports Tuesday that Hong Kong authorities were considering a delay to the Legislative Council election due to a sudden surge in Covid-19 cases. China has repeatedly denounced such comments by the U.S. and its allies as an inappropriate interference in its internal affairs.

On Tuesday, China announced that it would stop Hong Kong’s extradition cooperation with Australia, Canada and the U.K. — a mostly symbolic move since the three had already suspended the agreements. New Zealand had earlier joined the allies in suspending its extradition pact with the city.

The Hong Kong government was considering asking China’s parliament to extend current lawmakers’ terms for a year to allow for an election, news organizations including HK01 reported late Tuesday, citing people it didn’t identify. While Chief Executive Carrie Lam has power to postpone the election due to riots, extreme weather or public health emergencies, city guidelines say that the election must be held within 14 days — and can’t be delayed more than once.

A Hong Kong government spokesperson said Tuesday that the Constitutional and Mainland Affairs Bureau and the Registration and Electoral Office were preparing for the election and were communication with health authorities to formulate plans. The city government didn’t immediately respond Wednesday to additional questions about the HK01 report.

Asking the National People’s Congress to extend lawmakers’ terms would be unprecedented and raise new questions about the limits of Beijing’s willingness to intervene in local politics in the former British colony. The Chinese Foreign Ministry referred a request for comment Wednesday to Hong Kong’s government.

Suggestions of an election delay have prompted criticism from Hong Kong democracy advocates, who had been hoping to ride the momentum of an unprecedented landslide victory in local elections late last year to an historic majority in the legislature.

The opposition’s concerns over delays and disqualifications have grown after at least a dozen hopeful candidates were queried in letters from electoral officials about their past political statements and actions. The inquiries highlighted the candidates’ communications with foreign governments and officials, lobbying targeted by the security law Beijing imposed on the city in late June.

Meanwhile, prominent protest organizer Benny Tai was fired Tuesday from his associate professor position at the University of Hong Kong over his conviction stemming from the 2014 Occupy demonstrations. The move followed his being singled out by Beijing’s top agency in the city for seeking a “color revolution” in Hong Kong by holding an opposition primary earlier this month.

After Tai’s ouster, China’s Liaison Office in Hong Kong issued statement praising the move as a “righteous act that aligns with the wishes of the people.”

Pro-establishment figures have been floating an election delay since at least March 31, when lawmaker Junius Ho urged a postponement due to the virus. Ho renewed his call in a July 16 Facebook post, citing a need to “restore order” following widespread protests, as well as the sudden surge in infections. Other Beijing loyalists including Tam Yiu-chung, the city’s only representative on the NPC’s top body, have since voiced support for a delay.

A delay would not be unprecedented globally. At least 68 countries and territories postponed national and subnational elections because of the virus between Feb. 21 and July 26, including in Ethiopia and Bolivia, according to the International Institute for Democracy and Electoral Assistance, an intergovernmental organization made up of various democratic states.

Around 49 countries and territories went ahead with votes as originally planned, the group said, which included local elections in Queensland, Australia, and by-elections in Bangladesh.