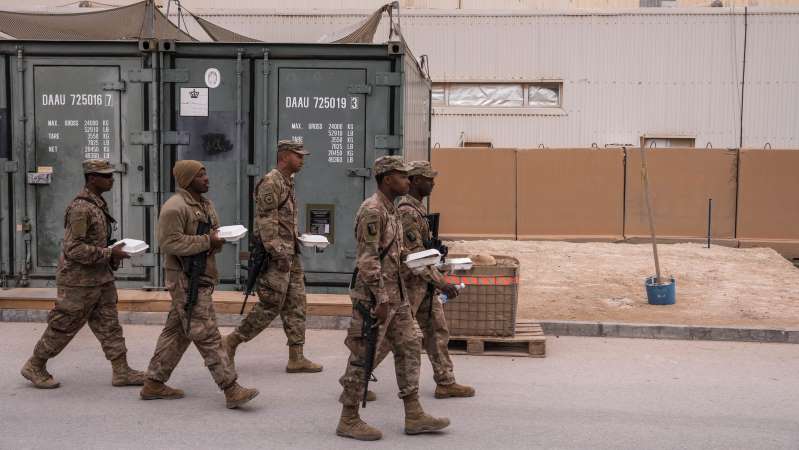 The decision to restart military operations came less than two weeks after Iraq’s Parliament voted to expel all American forces from the country. The government accused the United States of violating Iraqi sovereignty by carrying out airstrikes in Iraq, including one on Jan. 3 that killed the Iranian commander, a leader of Iraqi militia forces and eight other people.

Two American military officials, speaking on condition of anonymity because they were not authorized to speak about the missions to reporters, confirmed that the joint operations had restarted.

They said the military wanted to resume operations against the Islamic State as soon as possible to blunt any momentum the group might have and to stifle any propaganda victory it might claim because the United States had suspended the operation.

It was unclear on Wednesday whether anyone in the Iraqi government approved the resumption of joint missions — it was the Americans who stopped them, not the Iraqis — and Iraqi officials could not be reached for comment.

Iraq’s acting prime minister, Adel Abdul Mahdi, who has said that his government would comply with Parliament’s order to expel American forces, seemed to soften his position on Wednesday.

In a speech to his cabinet, he suggested that Parliament’s decision might not be the final word, saying “If we reach the decision to get the forces out of Iraq, then this would be the decision of the Iraqi government.”

He also noted that if the government expelled the Americans, it would follow “an appropriate time line,” suggesting that any departure might not be immediate. He also reminded the ministers that “ISIS has begun to reorganize and plan invasions and attacks.”

Mr. Abdul Mahdi had asked Secretary of State Mike Pompeo over the weekend to send delegates to Iraq to work out the details of a troop withdrawal, according to a statement released by his office.

Mr. Pompeo refused, saying the American mission in Iraq was to train Iraqi forces to fight the Islamic State, and “we’re going to continue that mission.”

The State Department said that the United States would only be willing to discuss “appropriate force posture in the Middle East.”

Despite the Iraqi government’s moves toward expelling the Americans, some Iraqi security officials have opposed the idea, saying they were needed to help fight the remnants of the Islamic State and prevent its resurgence, as well as to support coalition troops from other countries.

If the Americans and most other coalition militaries left, the Iraqis could continue to fight the extremists on their own, but would likely be hampered by a lack of drone-based intelligence and air cover, according to senior coalition military officials.

The Islamic State, which a few years ago controlled a large part of Iraq, no longer controls territory there but remains active in some pockets and claims a few Iraqi lives almost every week.

Removing the United States military from Iraq would take more than a vote in Parliament. According to American officials, it would require the Iraqi government to annul the agreements it has made allowing the American and coalition forces to train, advise and assist in the fight against the Islamic State.

The American-led military coalition in Iraq suspended its counterterrorism mission on Jan. 5, two days after an American MQ-9 Reaper drone fired missiles into a convoy at the Baghdad airport, killing the Iranian commander, Maj. Gen. Qassim Suleimani; Abu Mahdi al-Muhandis, the deputy chief of a coalition of Iraqi militias; and eight other people.

The Americans were concerned that the outrage over the drone attack could lead to attacks on the American military by Iranian-backed militias in Iraq or a retaliatory attack by Iran itself.

The military said that there had been repeated attacks on American military posts in Iraq in the previous weeks, including one that killed an American contractor on Dec. 27.

“We have therefore paused these activities, subject to continuous review,” the military said in a statement.