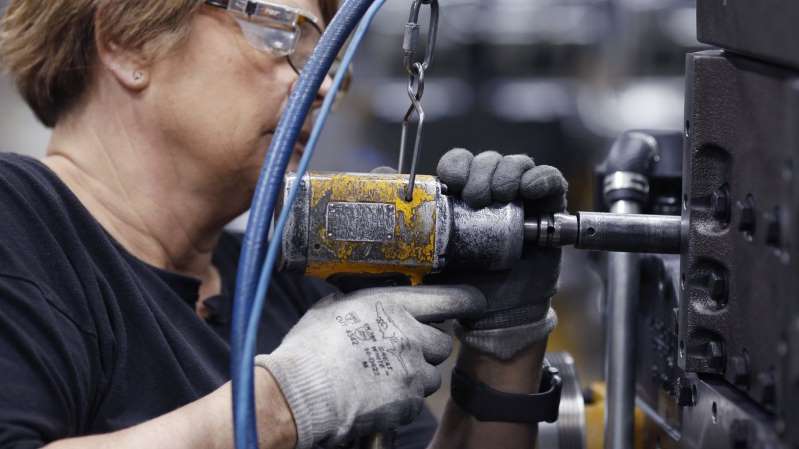 Economists expect Friday’s U.S. payrolls report will show job growth slumped to a five-month low in October, though it may be trickier than usual to sort out the true underlying trend.

The data will likely reflect the impact of 46,000 striking General Motors Co. workers, as well as related effects from any idling at the company’s suppliers and contractors. The automaker’s longest nationwide walkout since 1970 began Sept. 15 and stretched for six weeks, through the mid-month reference period that the Labor Department’s Bureau of Labor Statistics uses to calculate the monthly jobs report.

Nonfarm employment increased by 85,000 as private payrolls grew by 80,000, according to the median projection in Bloomberg’s survey. The report is also expected to show the unemployment rate ticked up from a half-century low, rising by a tenth of a percentage point to 3.6%, while annual wage gains accelerated by a tenth to 3%. Government payrolls also may reflect fewer temporary census workers as jobs end.

Estimates in Bloomberg’s payrolls survey range from increases of 25,000 to 140,000. All forecasters expect a drop in manufacturing payrolls, which are estimated to have tumbled by 55,000, the most in a decade, amid the GM strike.

Here’s what economists are saying, with payroll projections listed from low to high:

25,000 jobs, 3.5% unemployment, 3% annual wage growthThe GM walkout “could be a drag of as much as 150,000 on payrolls in October as the strike ran through the BLS survey period,” U.S. economist Michelle Meyer wrote in her preview. “We see risk for private payrolls to decline outright in October and make it more difficult to determine if the slowdown is attributable to the strike or fundamental weakening in the labor market.”

70,000 jobs, 3.6% unemployment, 3% annual wage growth“The economy is slowing in the back half of the year, and this is already extracting a toll on the pace of hiring,” economists Carl Riccadonna and Yelena Shulyatyeva wrote in a report. “Elevated economic anxiety is dragging down the pace of job creation as businesses assume an increasingly defensive posture toward both hiring and capital spending. We expect this trend to continue in the current quarter.”

75,000 jobs, 3.6% unemployment, 2.9% annual wage growth“In the face of increased economic anxiety, firms are taking a cautious approach to hiring,” senior economist Sam Bullard wrote in a note. “Fed officials expect the U.S. labor market to remain strong, with the pace of job gains slower than last year but above what is estimated to be necessary to hold labor utilization steady. Still, labor-market conditions need to be monitored closely for any signs of softening.”

95,000 jobs, 3.6% unemployment, 2.9% annual wage growth“Demand for labor remains strong but has eased off in an environment where the supply of labor is limited and shrinking,” Chief Financial Economist Ward McCarthy wrote. “This combination is reflected in surveys that indicate that businesses still have job openings that they are unable to fill. This demand/supply imbalance is one of the reasons to lower expectations for payroll growth going forward.”

105,000 jobs, 3.5% unemployment, 2.9% annual wage growth“While the October report may show little deterioration in the underlying trend, the headline and private job gain will be reduced by the impact of the six-week GM strike,” Chief U.S. Economist Michelle Girard wrote in a note.

110,000 jobs, 3.5% unemployment, 3% annual wage growthRegarding the GM strike, “with many of those more highly paid workers off payrolls in October, the composition of payrolls may skew towards lower-paying industries and may downwardly bias average hourly earnings as a result,” economists led by Ellen Zentner wrote in a note.

To contact the reporter on this story: Jeff Kearns in Washington at jkearns3@bloomberg.net

To contact the editors responsible for this story: Scott Lanman at slanman@bloomberg.net, Alister Bull