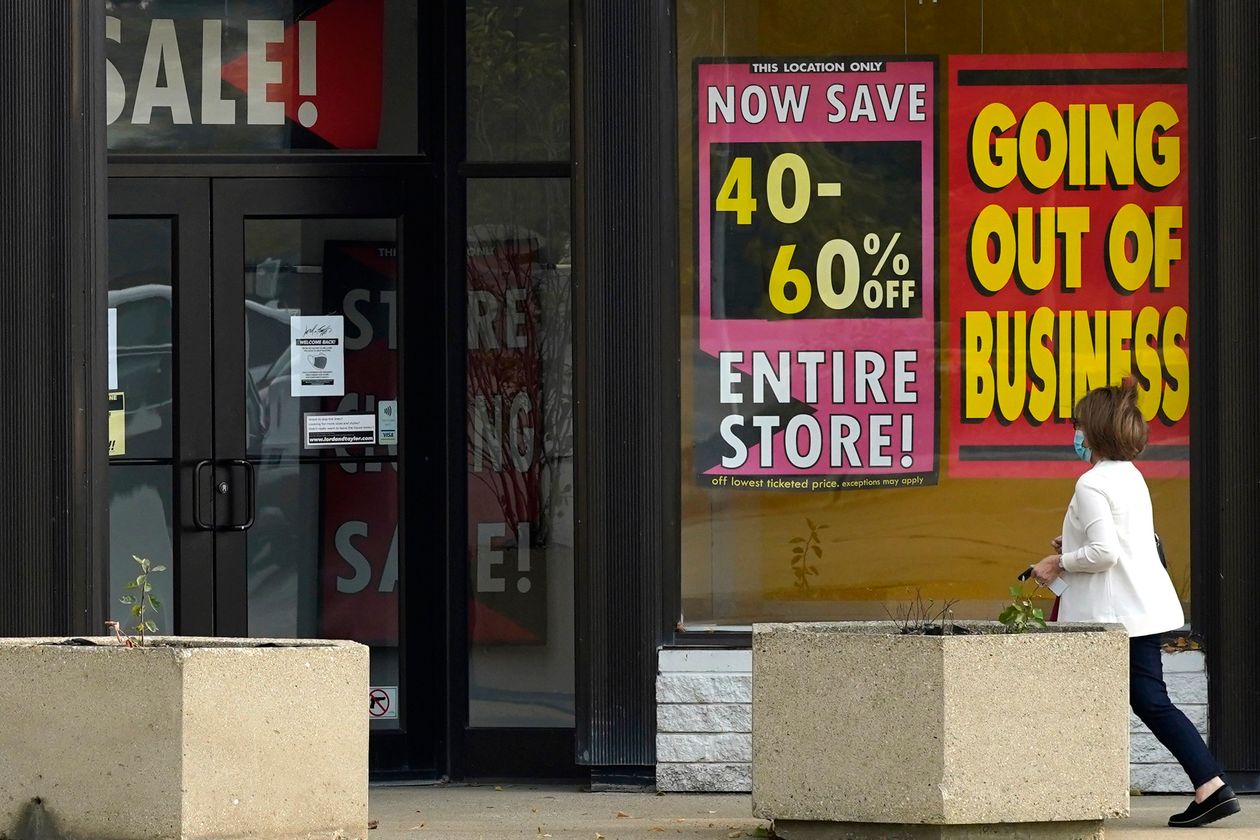 The number of new applications for unemployment benefits remained above pre-pandemic highs last week, as persistent layoffs hold back the economic recovery.

Claims rose to 898,000 last week, the Labor Department reported Thursday, the highest level since late August and holding above the pre-pandemic high point of 695,000. After steadily declining from a peak of near 7 million in March, claims have clocked in between 800,000 and 900,000 for more than a month as companies readjust their head counts.

“Given that we’re seven months into the pandemic now, these are still incredibly high numbers for initial claims,” said AnnElizabeth Konkel, economist at job site Indeed, noting labor market indicators suggest the recovery is slowing down.

The number of people collecting unemployment benefits through regular state programs, which cover most workers, decreased to about 10 million in the week ended Oct. 3 from 11.2 million the prior week, according to the Labor Department. So-called continuing claims declined throughout the summer, indicating employers continued to hire workers.

Still, some of the recent declines in continuing claims represent individuals who have exhausted the maximum duration of payments available through regular state programs and are now collecting money through a federal program that provides an extra 13 weeks of benefits. About 2.8 million people were receiving aid through this extended-benefits program in the week ended Sept. 26, compared with 2 million a week earlier, Labor Department data show.

Large corporations have announced job cuts in recent weeks, including AT&T Inc.’s WarnerMedia, Walt Disney Co. and Allstate Corp. Many of those workers will likely seek unemployment benefits in the coming weeks.

The economy, more broadly, is flashing signs of slowdown. Monthly job gains have cooled in recent months, as has growth in job postings and consumer spending. More workers are reporting their layoffs are permanent.

A federally funded extra $600 in weekly unemployment benefits expired at the end of July, and President Trump signed an executive order in August to fund an additional $300 in weekly benefits. States were authorized to tap $44 billion in disaster-relief funds to pay up to six weeks in supplemental benefits from the week ended Aug. 1.

The White House over the weekend formally submitted a $1.88 trillion stimulus proposal, bringing the offer closer to the $2.2 trillion coronavirus aid legislation House Democrats passed earlier this month. But the parties involved were still negotiating Wednesday over the size and details of a possible deal.

Lateisha Willett, 27 years old, of Davenport, Iowa, was let go in mid-March from the call center where she worked. The additional $600 a week in federal unemployment insurance helped her endure the spring and summer. But that boost expired in July, leaving Ms. Willett to receive the state benefit of just $90 a week, plus an extra $3 granted to care for her 2-year-old son—an amount just shy of the minimum threshold to qualify for extra unemployment benefits that Mr. Trump authorized in August.

Now earning around one-fifth of what she made at the call center, Ms. Willett has fallen behind on her rent. She has applied for 30 jobs in recent months, she said, but none have panned out.