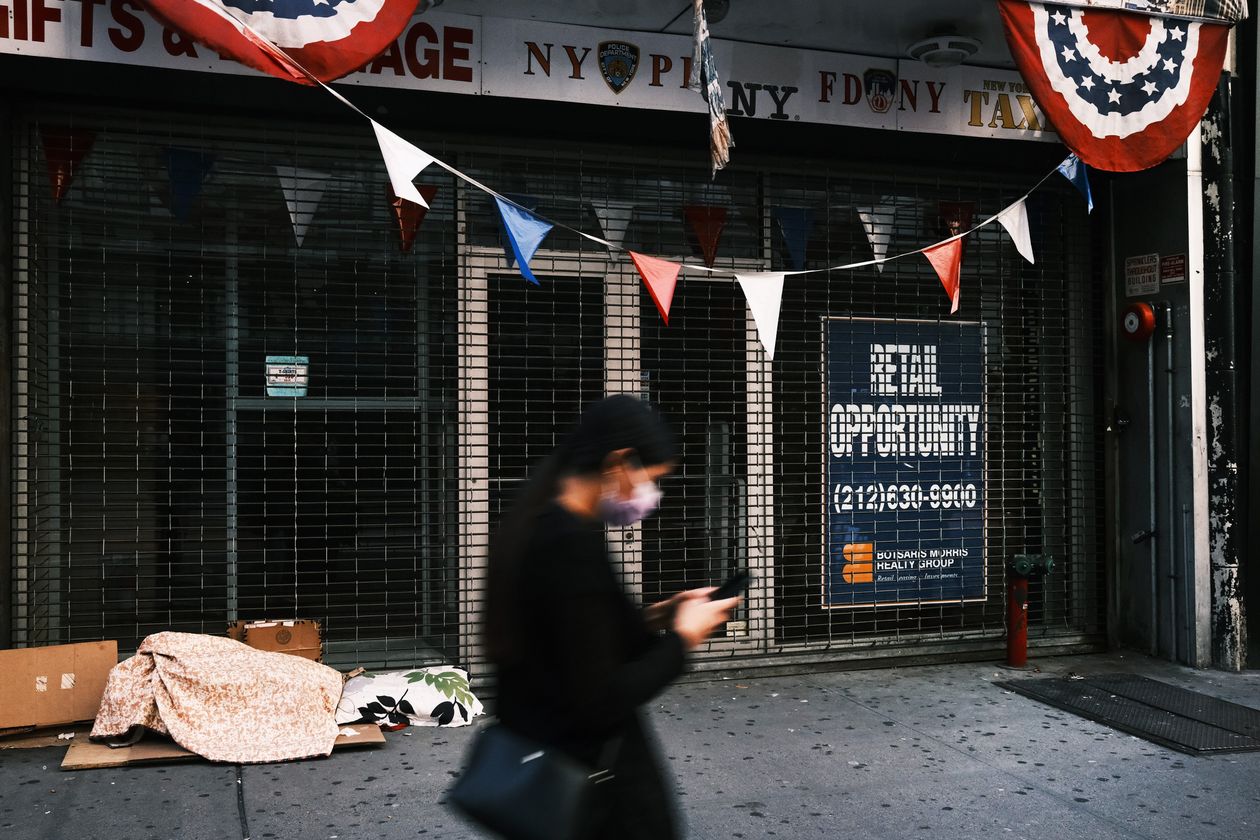 Weekly initial claims for jobless benefits fell by 55,000 to a seasonally adjusted 787,000 in the week ended Oct. 17, the Labor Department said Thursday. The number of people collecting unemployment benefits through regular state programs, which cover most workers, decreased by 1 million to about 8.4 for the week ended Oct. 10.

New applications for unemployment applications and payments still remain above pre-pandemic peaks but are down significantly from this spring, when the coronavirus pandemic and related shutdowns caused both measures to rise to the highest levels on record back to the 1960s.

The number of people receiving benefits through state programs, which cover most workers, has declined in recent weeks to the lowest levels since late March. That is consistent with many employers recalling workers furloughed earlier this year, and some, such as online retailers and logistics firms, adding staff. However, it could also reflect some long-term unemployed workers losing eligibility for such programs, which typically are capped at six months or less.

Companies ranging from American Airlines Group Inc. and United Airlines Holdings Inc. to Walt Disney Co. and AT&T Inc.’s WarnerMedia have announced job cuts in recent weeks, and those layoffs might have affected filed claims last week. Meanwhile, businesses such as restaurants, gyms and theaters are closing doors due to what appears to be a prolonged-slump for services and products that rely on public gatherings.

“The labor market recovery has stalled and might be beginning to reverse,” said Alfredo A. Romero, economist at North Carolina A&T State University.

“The economy has been allowed to open back up,” he said. “But the question remains if people will be willing to come back, to eat a restaurant or shop at a mall, especially now that the colder weather is coming and cases are rising.”

The labor market broadly had a strong, but partial, rebound this summer, regaining through September more than half the 22 million jobs lost in March and April. But the pace of those gains eased in recent months, and jobless claims figures indicate momentum is slowing further. That is consistent with economists’ expectations of a prolonged period of slow recovery.

Most economists The Wall Street Journal surveyed earlier this month said they didn’t expect the labor market to claw back all the jobs lost as a result of coronavirus-related shutdowns until 2023 or later. That was a slower timeline than economists predicted six months ago.

While the number of posted jobs have increased from this spring, they remain 15.3% lower than a year earlier, as of Oct. 16, according to job search site Indeed.com.

Thursday’s report from the Labor Department provides data on regular state programs—which have served as an economic bellwether for a half-century—as well as details from two pandemic-specific programs first implemented in March.

The larger of those programs—available to the self-employed, gig workers and others not typically eligible for unemployment aid—paid benefits to about 11 million workers in late September, according to the Labor Department. That number exceeded the 10.8 million receiving benefits from state programs in the same week, which cover more than 140 million workers.

Analysts are skeptical about the figures for the new program. At the end of last year, there were about 10 million self-employed workers, according to the Labor Department.

A second pandemic program pays 13 additional weeks of benefits to individuals who have exhausted regular unemployment benefits. Enrollment in that program moved higher in recent weeks. That suggests that some of the decline in state-benefit recipients represents workers who have exhausted the maximum amount of payments available through those programs.

Jeremy Terlecki, 37 years old, has been receiving unemployment benefits since shortly after he was laid from an engineering job in the oil-and-gas industry in Bakersfield, Calif. “Everything seemed to be going well with the economy and my job, then it changed so fast,” he said. “Now jobs are difficult to find…I don’t think it’s going to be an immediate comeback.”

Mr. Terlecki moved with his 4-year-old daughter back to his home state of Louisiana, in hopes of better job opportunities, and is living with his sister. He said employers have expressed some interest in hiring him, but he hasn’t received an offer. He thinks companies are waiting until after the presidential election or even early next year before making commitments. Mr. Terlecki is considering relocating again, to Houston, if he doesn’t find work soon.

Write to Eric Morath at eric.morath@wsj.com