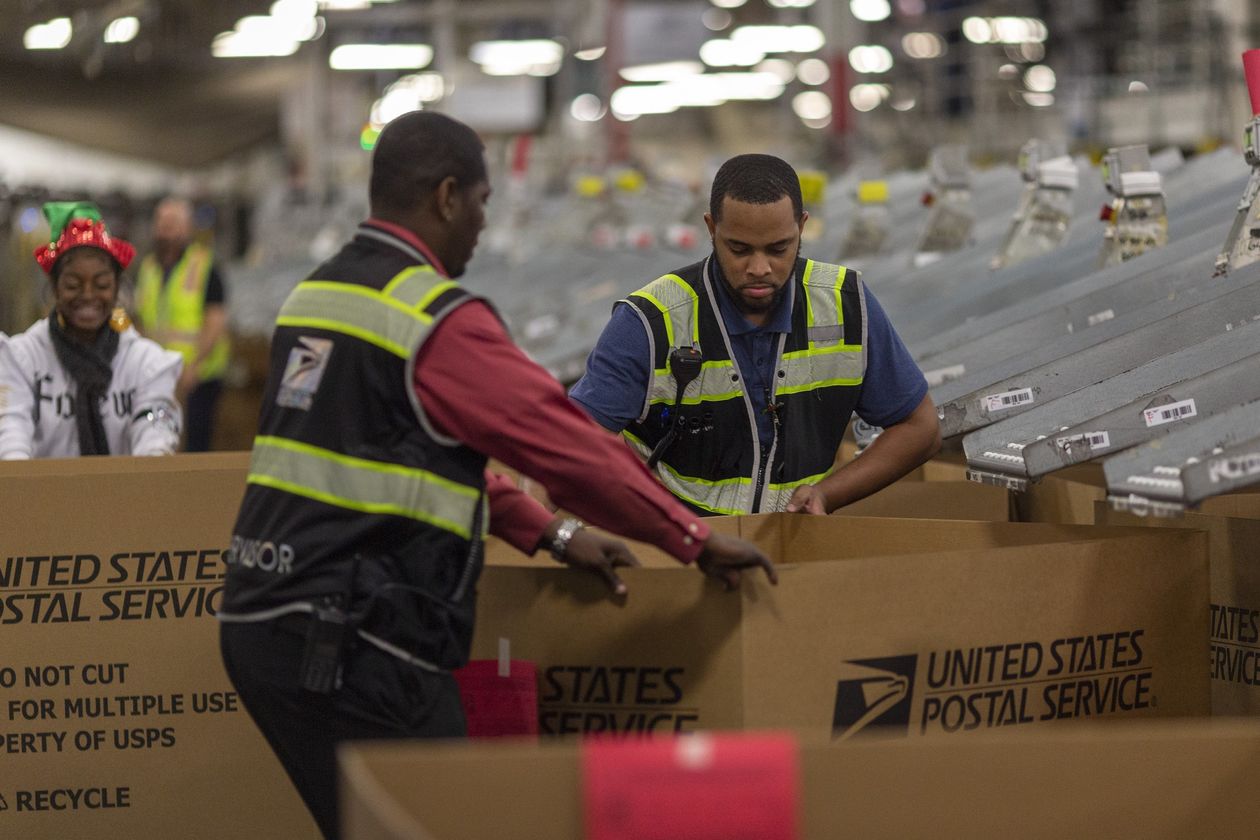 The economy added 145,000 jobs last month and unemployment stayed at a 50-year low of 3.5%, capping a 10th straight year of payroll gains and the longest stretch in 80 years of data, the Labor Department said Friday.

Private-sector wages advanced 2.9% from a year earlier, the smallest annual gain since July 2018. Revisions showed payrolls for November and October were revised down by a net 14,000.

For all of last year, employers added 2.11 million jobs. That was a slowdown from 2018’s robust gain of 2.68 million and ranked 2019 eighth for job growth in the past 10 years. A cooler pace of hiring reflected employers’ difficulty finding enough workers, global economic uncertainty and the fading effects of 2018’s tax cuts.

Friday’s figures were somewhat weaker than expected. Economists surveyed by The Wall Street Journal had forecast a gain of 160,000 new jobs in December, a 3.5% unemployment rate and 3.1% annual wage growth.

In December, employers added jobs in construction and retail. The health-care and professional-services sectors grew, but at a slower pace. Employment fell in manufacturing and transportation and warehousing.

The unemployment rate in recent months has trended near its lowest level since 1969. An alternative measure, which captures those underemployed and marginally attached to the workforce, the U-6, fell to 6.7%, the lowest on records back to 1994.

The share of Americans working or seeking work held steady in December. The so-called labor-force participation rate was 63.2%. The rate had slowly edged higher in recent years, but remains well below levels before the recession, reflecting changing demographics and the fact some Americans have given up seeking work.

Average hourly earning increased 3 cents last month to $28.32. Wages were up 2.9% from a year earlier—still above inflation, but modest relative to other periods with historically low unemployment.

“We are not seeing any evidence to date that a strong labor market is putting excessive cost-push pressure on price inflation,” Federal Reserve Vice Chair Richard Clarida said Thursday.

The Fed cut its benchmark interest rate three times last year, but has signaled it plans to hold the rate steady for now, depending on economic developments.

Jenny Vega is among the Americans seeing bigger paychecks. Late last year, the 30-year-old took a job guiding jets as a ramp agent for Alaska Airlines at Seattle’s international airport. The job pays more than $16 an hour—at least a $2 hourly increase from what she earned at recent retail and warehouse jobs—and offered overtime during the holiday travel season.

That helped pay for Christmas presents for her two daughters, Ms. Vega said.

“It really stinks to be out there for 10 hours when it’s raining,” she said. “But once you get that paycheck, you don’t cry too much.”

Friday’s report is based on surveys mainly taken during the middle of last month, and as such may not fully reflect developments that occurred late last year, including progress in trade talks with China, completion of a new trade deal with Canada and Mexico, and Congress passing a broad spending bill. The data also doesn’t reflect heightened tension between the U.S. and Iran.

Given the changing environment, some firms are moving cautiously.

Synovos Inc. added about 200 employees in recent years to its staff that operates warehouses and supplies spare parts to factories and other large facilities, such as universities. But the company stopped expanding its payroll the past six months, as some customers slowed output.

“Effectively we didn’t hire any new people,” but did replace some departures, said Carlos Tellez, chief executive of the Radnor, Pa. company. “We’re expecting sales to remain relatively flat for our existing clients. As trade deals work out, they may be able to sell more, but we’re not planning on that to happen.”