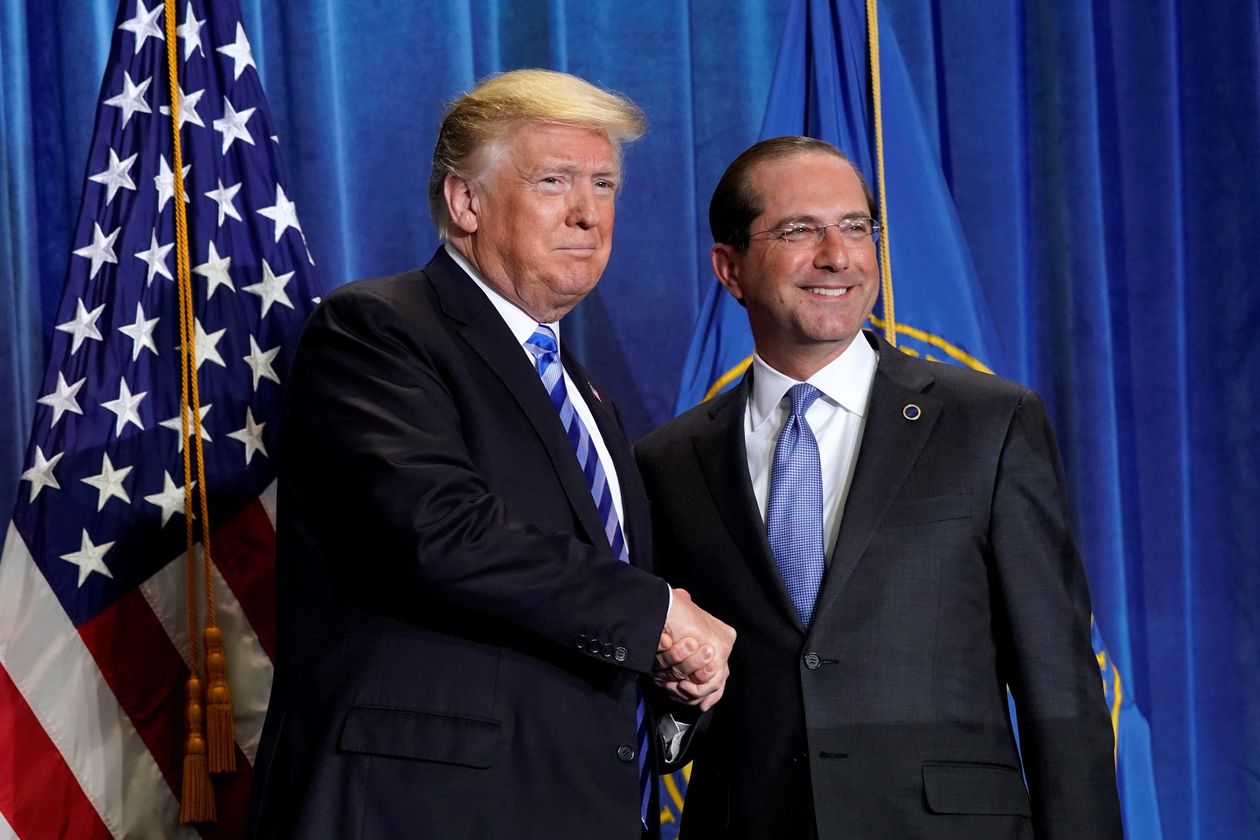 President Trump on Monday pushed for greater price disclosure in health care, signing an executive order that could make thousands of hospitals expose more pricing information and require doctors, health clinics and others to tell patients about out-of-pocket costs upfront.

While President Trump has pledged repeatedly to take on health costs, the signing of the executive order unleashes coordinated efforts from multiple agencies to pursue the goal. It calls for the Department of Health and Human Services to issue a rule within two months that could require hospitals to publicize information on their negotiated rates with insurers for common procedures.

In comments Monday at the White House, Mr. Trump said the order would fundamentally change the health-care marketplace. “There’s frankly no rhyme or reason for what’s been happening for so many years,” he said, adding that the “lack of price transparency has enriched industry giants greatly.”

Industry groups are mobilizing to fight back, saying any requirement that hospitals and insurers disclose negotiated rates would go too far. Lawsuits could be likely, meaning any action could be delayed until after the presidential election. They also said the order lacks many specifics, raising questions about how aggressive the administration will actually be in exposing the murky realm of health-care pricing.

“This effort is all about 2020,” said Tom Nickels, executive vice president of the American Hospital Association, which opposes the plan. “This is their effort to come up with a health-care agenda for 2020.”

President Trump’s order reflects a deeper worry over the escalating cost of health care animating voters and shaping the presidential election. More than two-thirds of people say that reducing health-care costs should be a top priority for the president and Congress this year, according to a January survey by the Pew Research Center.

Democrats and Republicans are clashing over solutions. Democratic presidential candidates want to expand the federal government’s role in health care as a way to keep a thumb on prices. President Trump’s executive order stems from the belief that exposing rates will turbocharge a free market, enabling competition to drive down costs.

Some action could come soon because the administration is already working on two unrelated rules that deal with pricing. HHS is expected in July to release a hospital payment rule that may include price-disclosure requirements, and a separate health-information rule could also require rates to be publicly shared. Either regulation could become a tool for delivering on the order.

The administration has said patients should know how much they are going to pay and how much hospitals get for providing care. Its goal is to enable consumers to make health-care decisions with clear pricing and information on the quality of services.

Seema Verma, administrator at the Centers for Medicare and Medicaid Services, said Mr. Trump wanted to go beyond just having hospitals post their list prices. That requirement went into effect this year and doesn’t force the disclosure of discounted rates paid by insurers.

“We really want to make sure it’s meaningful,” she said Monday in an interview.

The proposed rule to force hospital-rate disclosures with insurers would target hospitals and doctors employed by them. The order says the coming regulation would require hospitals to publicly post “information based on negotiated rates” for common services.

But the order doesn’t say if hospitals would have to disclose the average of all rates they get from insurers or the specific rate they get from an individual’s insurer. That detail matters: The average rates would have a milder effect on local markets as insurers and hospitals still wouldn’t get clarity on rivals’ specific secret rates.

Some health analysts said exposing rates could reveal more information about costs and actually fuel support for Medicare for All, a goal backed by some Democratic presidential candidates that would set upper limits on hospital reimbursements.

Another possible consequence is that hospitals might ask for more from an insurer to match what rivals are getting, which could ultimately drive up health costs.

“Requiring price disclosure for thousands of hospital items, services and procedures perpetuates the old days of the American health-care system paying for volume over value,” Matt Eyles, chief executive of America’s Health Insurance Plans, a trade group for the industry. “We know that is a formula for higher costs and worse care for everyone.”

But the order could provide more clarity for millions of consumers. In addition to a rule on hospital prices, the order requires federal agencies in 90 days to pursue a plan for requiring providers and insurers to give patients upfront, out-of-pocket cost information. It is possible any rule would permit providers to provide estimates, and many insurers already offer this information through various health-cost calculators.

Write to Stephanie Armour at stephanie.armour@wsj.com and Anna Wilde Mathews at anna.mathews@wsj.com