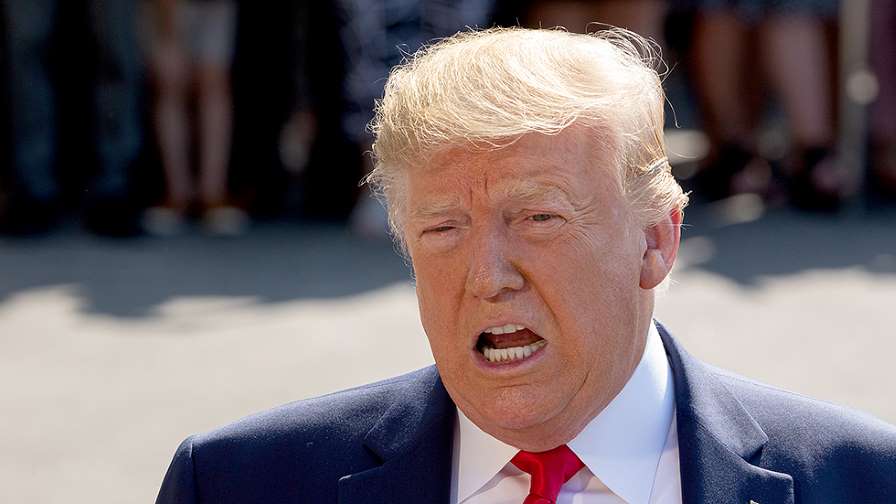 By Aris Folley, The Hill–

President Trump praised Supreme Court Justice Brett Kavanaugh as a “great, brilliant man” at his campaign rally in New Mexico on Monday night and called a report published over the weekend detailing a sexual assault allegation against the justice a “smear story.”

During the rally in Rio Rancho, Trump took aim at the Democratic lawmakers who have called for Kavanaugh’s impeachment in recent days over the report published by the Times on Saturday that detailed the new allegation.

“The left tries to threaten, bully, intimate Americans into submission. They use Democrat prosecutors and phony congressional committees whenever they can. They’ll do whatever they can to demean you, to libel you. They try to blacklist, coerce, cancel or destroy anyone who gets in their way. Look at what they’re doing today with Justice Kavanaugh,” he said to cheers from his supporters at the rally.

“And he’s a great man by the way, a great talent, a great brilliant man, Brett Kavanaugh,” he went on to say before repeating his for all of the staff involved in the making of the Times story to resign from the publication.

“I don’t think they’ll do it but they should for the good of the nation,” he said before blasting the report as “the Kavanaugh smear story.”

The newspaper reported that one of Kavanaugh’s former male classmates at Yale University witnessed him press his genitals against a woman without her consent. The paper also reported that the allegation had not been investigated by the FBI.

The Times issued a correction later on Monday that clarified several friends of the alleged victim said she has no memory of the incident. The alleged victim also did not speak to the newspaper.

Kavanaugh has denied all of the allegations he has faced and also declined to answer questions about the new allegations to The Times over the weekend.

However, a number of Democrats have continued to call for Kavanaugh’s impeachment, saying that the report proves the justice lied under oath to Congress last year about not committing sexual assault.

Democratic Rep. Ayanna Pressley also has plans to introduce a resolution on Tuesday that would call for an impeachment inquiry to be opened against Kavanaugh following the newly-reported allegation of sexual misconduct.