Skip to content
Home » Economy » Trump digs in on border wall funds, but Democrats’ opening bid is zero
Previous Next

Trump digs in on border wall funds, but Democrats’ opening bid is zero 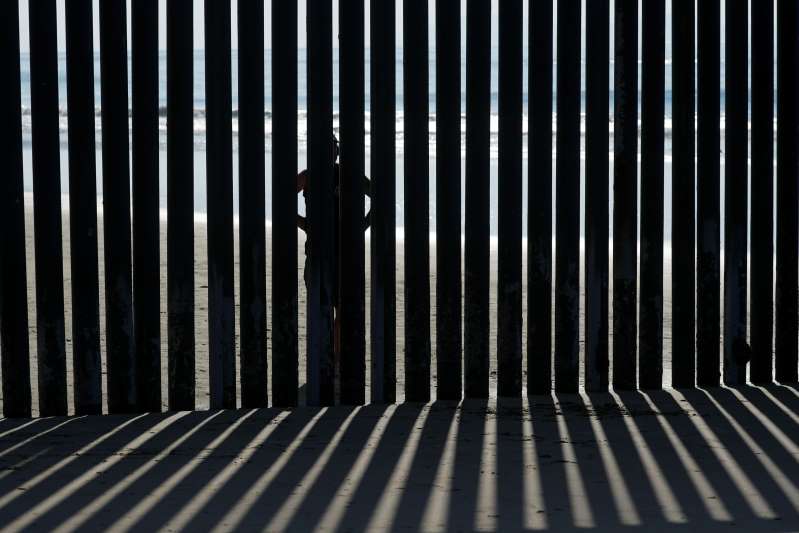 House Democrats unveiled a new border security plan Wednesday that contains no money for physical barriers along the U.S.-Mexico divide, defying President Trump’s insistence on a wall of some kind to stave off another government shutdown.

The Democrats’ proposal was their opening bid in bipartisan House-Senate negotiations aimed at coming up with a deal to keep the government open when temporary funding runs out Feb. 15. It came just hours after Trump dug in on his conditions for signing off on such a deal, writing on Twitter that lawmakers would be “wasting their time” if they’re not considering a wall or physical barrier on the southern border.

But in a sign of how difficult it may be for lawmakers to strike a compromise that Trump can support, Democrats dismissed the president’s insistence on physical barriers on the border, arguing that security funds would be better spent elsewhere.

“We’ve seen that walls can and will be tunneled under, cut through or scaled,” said Rep. Pete Aguilar (D-Calif.). “We cannot focus on archaic solutions in order to address this very modern problem. Technology works for securing the border.”

Aguilar spoke as 17 House members and senators from both parties met in the basement of the Capitol to open negotiations aimed at resolving the border wall standoff that led to the longest partial government shutdown in U.S. history, which ended Friday after 35 days. The deal that temporarily ended the shutdown and reopened the government for three weeks also provided for the creation of the “conference committee” to negotiate over border security.

Trump has threatened that if the committee does not produce a solution he likes, he will shut down the government again, or declare a national emergency to circumvent Congress and use the military to build the border wall for which he long claimed Mexico would pay.

Having backed Trump through a politically disastrous shutdown that did not get him the $5.7 billion in border wall money he wants, Republicans have no desire to repeat the experience, and many do not favor an emergency declaration, either. Democrats, too, say they would like to see Congress reach a solution that both parties and the president can support.

But despite expressions of goodwill on all sides Wednesday as the committee met, with many lawmakers insisting that they share the same goals and agree more than they disagree, the gap between Trump and congressional Democrats on the fundamental issue of the wall yawned as wide as ever.

In fact, Democrats’ renunciation of any spending for physical barriers represented a entrenchment compared with where they’ve been in the past, when they supported spending bills for the Homeland Security Department containing some level of funding for fencing or other barriers on the border. Even the current stopgap spending bill that is keeping the government running through mid-February would allocate tens of millions over that time to build and repair pedestrian fencing along the border.

But Trump’s singular focus on a wall has made it politically toxic for Democrats, and their success in forcing him to accept a deal on their terms to temporarily end the shutdown has emboldened them against his demands.

Asked about Democrats’ newfound insistence that they cannot fund physical border barriers at all, Rep. Lucille Roybal-Allard (D-Calif.), who chairs the Appropriations subcommittee on homeland security, said that “there’s a lot of new technology now that is available that was not available when we made other decisions.”

At the same time, Democrats suggested that they were open to eventual compromise on the issue.

House Appropriations Committee Chairwoman Nita M. Lowey (D-N.Y.) refused to say whether opposition to physical barriers was nonnegotiable for Democrats, responding at a news conference: “At this point, I’m certainly not going to give an answer to that question.”

Noting that negotiations were just getting underway, Lowey added: “We’re open to everyone’s facts and figures.”

House Democrats’ proposal includes funding for myriad other security measures along the border, including 1,000 additional customs officers, new imaging technology to scan vehicles for drugs and contraband, repairs at ports of entry, and changes aimed at reducing detentions by U.S. Immigration and Customs Enforcement.

Republicans on the committee echoed some of the Democrats’ calls for improved technology to screen cargo and stop drug shipments, but they followed Trump in calling for physical barriers as part of an overall solution.

“Our Border Patrol tells us they need physical barriers to help them do their job — not from coast to coast, but strategically placed where traffic is highest,” said Senate Appropriations Committee Chairman Richard C. Shelby (R-Ala.).

“It’s unfortunate the issue has become politicized,” Shelby added. “That has not always been the case.” 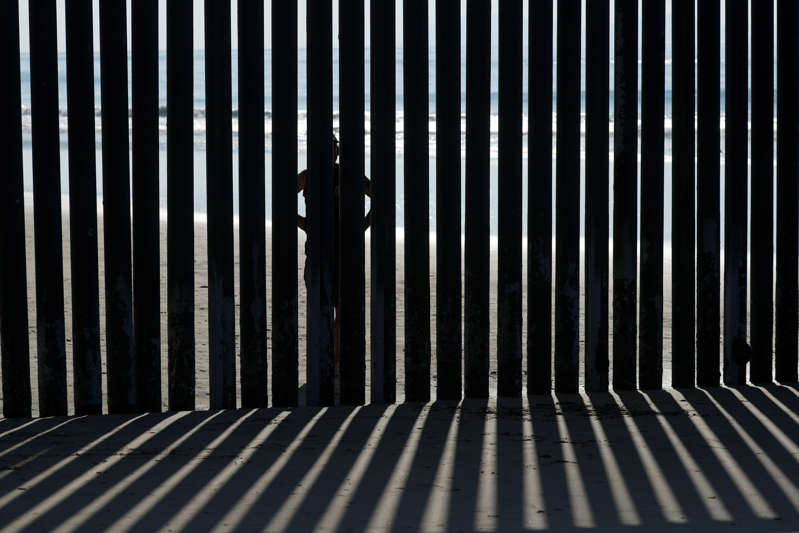 © Reuters A person looks through the border wall towards the United States at Border Field State Park in San Diego, California, U.S. November 20, 2018. REUTERS/Mike BlakeCompounding the challenge for members of the conference committee is the lack of clarity about what deal Trump would ultimately find acceptable. Republicans say they are unsure whether Trump would accept less than the $5.7 billion in wall funding he has been demanding, and if he would, what number would be acceptable to him.

Ahead of the committee meeting Wednesday, White House legislative affairs director Shahira Knight met behind closed doors with bipartisan members of the House “Problem Solvers” coalition where one lawmaker challenged her on that point.

Rep. Jim Costa (D-Calif.) said Knight contended that the White House had made its position clear on border security and immigration, but Costa said he disputed that.

“I came out of that meeting with what I believe on her part was a sincere desire to work an agreement out,” Costa added. “But I think that the details, from my perspective, as to what would be the basis of that agreement, for me, was not clear.”

There has been discussion among some lawmakers of trying to widen the border negotiations to encompass more issues, such as a solution for undocumented immigrants who were brought into the country as children and whose Obama-era protections are being challenged in court by the Trump administration. But Lowey said the conference committee, which she is chairing, will focus on the narrower issues within the parameters of the Homeland Security spending bill.

Costa said there was discussion in the meeting with Knight about aiming for a larger deal, but ultimately, he said, “I don’t think there’s enough trust to go big.”

Also Wednesday, in a sign that House Democrats expect tense final days of negotiation, they delayed an issues retreat that had been slated to run in the last days up to the Feb. 15 shutdown deadline, postponing the retreat until spring.

Paul Kane contributed to this report.