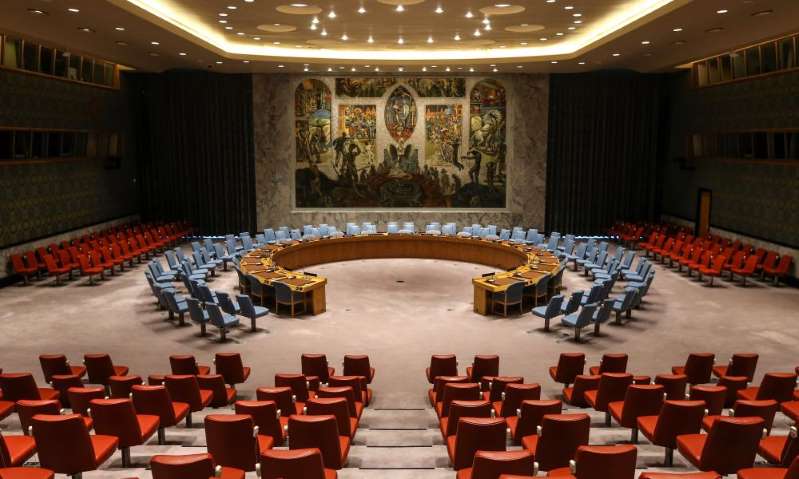 By Julian Borger in Washington, The Guardian–

Foreign policy barely gets a mention in this US election, but for the rest of the world the outcome on 3 November will arguably be the most consequential in history.

All US elections have a global impact, but this time there are two issues of existential importance to the planet – the climate crisis and nuclear proliferation – on which the two presidential candidates could hardly be further apart.

Also at stake is the idea of “the west” as a like-minded grouping of democracies who thought they had won the cold war three decades ago.

“The Biden versus Trump showdown in November is probably the starkest choice between two different foreign policy visions that we’ve seen in any election in recent memory,” said Rebecca Lissner, co-author of An Open World, a new book on the contest for 21st-century global order.

In an election which will determine so much about the future of America and the world, the Trump campaign has said very little about its intentions, producing what must be the shortest manifesto in the annals of US politics.

It appeared late in the campaign and has 54 bullet points, of which five are about foreign policy – 41 words broken into a handful of slogans such as: “Wipe Out Global Terrorists Who Threaten to Harm Americans”.

The word “climate” does not appear, but there are two bullet points on partnering with other countries to “clean up” the oceans, and a pledge to “Continue to Lead the World in Access to the Cleanest Drinking Water and Cleanest Air”. (The phrase ignores a series of US scandals about poor water quality – and the fact that millions of Americans can no longer afford their water bills.)

The US remains the world’s second biggest emitter of greenhouse gases and the average American’s carbon footprint is twice that of a European or Chinese citizen.

Joe Biden has pledged the US will rejoin the Paris climate accord on the first day of his presidency, and mount a diplomatic push for ambitious global targets. He has vowed to make the climate crisis a national security priority and has outlined a plan to spend $2tn on clean energy infrastructure and other climate investments.

“By the end of the Obama administration climate change had become a central foreign policy priority in a way that it wasn’t necessarily at the beginning,” Ben Rhodes, Obama’s closest foreign policy adviser, said. “I think that the evolution of the Democratic party will only heighten the prioritisation of climate change as a national security and foreign policy issue.”

On the second existential danger, nuclear weapon proliferation, the landscape has grown darker over the past four years. The display of a new mobile intercontinental ballistic missile in Pyongyang last weekend provided glaring proof that North Korea has continued to build up its nuclear arsenal despite Trump’s abortive face-to-face diplomacy with Kim Jong-un.

Iran has increased its stockpile of low-enriched uranium since Trump withdrew the US from the 2015 nuclear deal, the Joint Comprehensive Plan of Action (JCPOA), and Tehran has signaled it will continue to shrug off the JCPOA’s constraints on its activities as long as the US perseveres with “maximum pressure” sanctions.

At the same time, the US and Russia (who together possess more than 90% of the world’s nuclear warheads) are modernising and expanding their arsenals with new weapons. The US-Russian treaty on Intermediate-range Nuclear Forces (INF) collapsed last year, and the last remaining constraint on them, the New Start Treaty, expires in February, possibly clearing the way for a new arms race.

On North Korea, Biden says he will “jump-start” an international campaign with China and others to try to constrain Pyongyang, but such campaigns have not proved successful before. Neither candidate has a convincing strategy to make Kim disarm.

On Iran, however, there is a sharp difference. Biden has said one of his first foreign policy initiatives will be to rejoin the JCPOA if Tehran agrees to abide by its limits once more. It could be hard, however, to rally international support and Iranian acquiescence, after the experience of the Trump administration.

“We’re going to have to deal with these questions from our allies and partners such as: ‘How do we know that we’ll be able to trust that the United States is going to stick with it this time?’” Matt Duss, Bernie Sanders’ chief foreign policy adviser, warned. “The real challenge is forging a new political consensus that will outlast one presidency.”

If elected, Biden would have a few days before New Start expires to extend it by five years, something Russia has said it will agree to. For nearly four years Trump refused to commit to an extension – insisting that China should be included in any new strategic arms deal, something Beijing has consistently refused to do, on the grounds that its arsenal is a fraction of the size of the two other powers.

With under three weeks left before the election, however, US negotiators are under pressure to produce a quick, temporary deal with Moscow, possibly involving a one-year New Start extension. Moscow, suddenly bestowed leverage, is no hurry to cut such a deal, deriding hopeful briefings from US officials as “delusion”.

The policy zigzag reflects Trump’s conflicting impulses. He has frequently boasted about his ability to strike a grand nuclear bargain with other powers, but at the same time taken relish in brandishing the US nuclear sword, which he repeatedly promises to polish and enlarge at a price tag of $1.5tn or more in the next three decades.

Biden has promised to trim that budget, cutting some of the new weapons programmes and limiting their use to retaliation only against a nuclear attack on the US.

The November election is also likely to prove a decisive moment in determining how the US chooses its allies and partners in the coming years. Trump has made a bonfire of multilateral treaties and international commitments in pursuit of the splendid isolation of America First.

He has threatened judges and lawyers at the international criminal court in the Hague with sanctions, and has severed US ties with the World Health Organization at the height of a global pandemic, refusing to play any part in a UN-sponsored global effort to develop and distribute a coronavirus vaccine.

He has shown a consistent preference for dealing with autocrats abroad, over America’s traditional democratic partners.

That trend is likely to be accentuated if he wins a second term, a success he would see as proof he need not be constrained by US traditions and institutions. His former national security adviser, John Bolton, has suggested he might even take the US out of Nato, reshaping the world in an instant.

“I think the west as a concept would no longer be meaningful and instead there would be a realignment, whereby the United States would be increasingly in partnership with more authoritarian-leaning leaders, and more populist nationalist-leaning leaders,” Lissner, an assistant professor at the US Naval War College, said.

Biden has vowed to reverse that trend, and put a new emphasis on partnerships with democracies beyond Europe and North America. In his first year in office he has said he would host a global “Summit for Democracy” as a way of mobilising world opinion behind the US, sidestepping the chronic impasse in the US security council.

“The US position in the world is going to be an urgent priority,” said Rhodes, who maintains close informal ties to Biden’s foreign policy team. “And so I’d expect a much more concerted effort to try to reconsolidate some form of community of democracies, not just alliances, but around the idea of democracy itself.”

In the Middle East, that would mean a far more critical approach to Abdel Fatah al-Sisi in Egypt and Crown Prince Mohammed bin Salman in Saudi Arabia. Biden has pledged to cut off all US support for the Saudi-led war in Yemen – representing a clear win for the progressive wing of the Democratic party.

“I think it’s already had substantial influence,” Duss, the Sanders aide, said. “If you look at what Biden has been saying about making Saudi Arabia a pariah state, about ending support for the Yemen war, I think it’s clear he understands that relationships with repressive regimes need to change.”

It is not just autocratic regimes who risk losing influence in Washington under a Biden administration. His foreign policy team sees populist and nationalist governments in Europe as undermining western cohesion.

“Boris Johnson is one of the most prominent leaders in that category,” Rhodes said. “And so I think the center of gravity and transatlantic relations is more likely to be through Paris and Berlin than London.”

Another sign that progressive influence and the lesson of Trump’s original foreign policy appeal is in Biden’s manifesto promise to end America’s “forever wars” in Afghanistan and the Middle East.

“This has been a progressive priority. It’s now a Democratic party priority. I think progressives will be watching Biden closely on the pace of the withdrawals,” Duss said. “Trump is tapping into something, because the majority of Americans don’t want to keep fighting these wars.”

Another area where there could be substantial continuity between a Biden and a Trump administration is in the adversarial relationship with China, which is being driven in large part by Xi Jinping’s increasingly assertive approach to the Chinese role in Asia and the Pacific.

Turning the clock back to Obama’s more accommodating policy to Beijing is no longer possible, but Biden has said he sees the solution to containing the Chinese as through reinvesting in Pacific alliances, which Trump has downgraded in his pursuit of bilateral trade deals.

Lissner argued a Biden approach – not just to the rivalry to China, but to foreign relations in general – will focus on making the US a more attractive partner on the world stage, through democratic renewal at home.

She said: “I do think we also see with Biden, a real conviction that the sources of American power lie at home, and that the US does have the capacity to outrun China if only we can get our house in order.”