Time is Long Past to Reorganize the Department of Defense 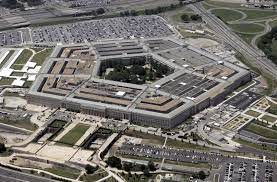 At the beginning of next month, President Joe Biden will unveil his national defense budget, but will he have a strategic vision or will he succumb to the base of his party that want to radically slash defense spending and transfer this to domestic priorities.

Since the end of the Cold War, subsequent Democratic and Republican presidents have entered the White House without any strategic national security vision for the country, except to repudiate the foreign policy of their predecessor.

Once in office, each Democrat and Republican president was forced by circumstance to confront foreign policy events, now with adversaries such as Iran, Russia, and especially China are now challenging the U.S. in ways that were unexpected decades ago. This is something President Biden will now have to confront!

Unfortunately, throughout the 2020 presidential campaign national security played barely a minor role as the coronavirus and the economy were the top and only issue discussed. 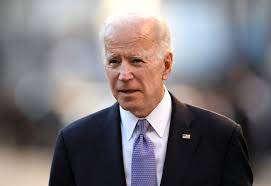 Now as President Biden begins to formulate and build off President Trump’s defense budget, many in his party, especially progressive Democrats are pressing for a substantial reduction in the defense budget to the tune of $700 billion, by transferring and investing this to diplomacy, humanitarian aid, global public health, sustainability initiatives, and basic research.

Every indicator is that President Biden plans on flat lining the defense budget at the FY2021 level, which Republicans are against, as they want an increase of about 3-5% to be able to carry out the 2018 National Defense Strategy.

The 2018 National Defense Strategy crafted by former Secretary of Defense General, James Mattis, would have the Pentagon defend the homeland and retain its competitive advantage to deter competitors and defeat adversaries, whether great power competitors like China and Russia or other security challenges, now and into the future.

With adversaries, such as Russia, but especially China, who seeks to overcome the liberal world order established by the United States at the Bretton Woods agreement in favor of Beijing.

How will the United States respond to this new challenge?

Last month, Commander of U.S. Indo-Pacific Command Admiral Philip S. Davidson testified before the Senate Armed Service Committee on U.S. Indo-Pacific command posture and stated, “The greatest danger for the United States in this competition is the erosion of conventional deterrence. A combat-credible, conventional deterrent posture is necessary to prevent conflict, protect U.S. interests, and to assure our allies and partners. Absent a convincing deterrent, the People’s Republic of China (PRC) will be emboldened to take action to undermine the rules based international order and the values represented in our vision for a Free and Open Indo-Pacific. The combination of the PRC’s military modernization program and willingness to intimidate its neighbors through the use, or threatened use of force, undermines peace, security, and prosperity in the region.”

In his continued testimony, Admiral Davidson stated, “The PRC represents our greatest strategic threat. Its rapidly advancing capabilities and increasingly competitive posture underscore its drive to become a regionally dominant, globally influential power. Beijing is growing increasingly confident, and PRC leaders have demonstrated a willingness to accept friction to pursue a more expansive set of political, economic, and security interests. This growing assertiveness is particularly acute concerning sovereignty disputes, as Beijing seeks to steadily and incrementally shift the regional status quo to their advantage.” 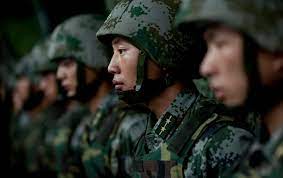 How will America’s national security community react to these changing developments?

Far too long the U.S. has failed to reform the federal government and this also includes the Department of Defense!

Far too often, presidents from both parties have spoken about reforming the Pentagon, even former Secretary of Defense Robert Gates laminating his biggest regret was not being able to reform the massive Pentagon bureaucracy.

Gates mentioned in his book, “Duty: Memoirs of a Secretary at War,” of the complex bureaucratic maze of political interests with its entrenched political constituency who advocate for every defense program as vital to U.S. national security

In his final days, President Eisenhower gave his famous farewell address urging the nation to “guard against the acquisition of unwarranted influence, whether sought or unsought, by the military-industrial complex. The potential for the disastrous rise of misplaced power exists and will persist.” In the proceeding decades the U.S. has consistently failed to address the antiquated procurement and acquisition of the Pentagon budgetary system.

Eisenhower was speaking from past experience while serving as president of military leaders who always seek the latest weapons program without contemplating future threats to the United States.  Anthony Cordesman of the Center for Strategic & International Studies in a report, “Ending America’s Grand Strategic Failures”“ that “the U.S. has made progress in one area: making increases in the defense budget, but far too many of these increases have gone to funding the readiness and the shopping lists of the U.S. military services. There have been few original ideas and changes that have actually benefitted national security.”

Far too often missing in this debate is how political leaders use the Pentagon as a job creation program for their states or districts, Democrats often want a leaner Defense department and want weapons systems reduced except when it targets their state or district.

How many members of Congress, Senate and their staff upon leaving government service then find positions with many of the major defense contractors, this includes retired generals. Case in point is current Secretary of Defense Lloyd Austin upon retiring from the military in 2016, joined the boards of major U.S. companies including Raytheon Technologies, a major defense contractor.

Cordesman mentioned that “The cost of U.S. defense has escalated far beyond $700 billion a year without any clear sense of direction, and it has done so at a time when even the highest estimates of Chinese spending do not go beyond $250 billion and estimates of Russian spending rarely go beyond $62 billion. There are no areas where increases in spending have been publicly tied to net assessments of the threat or to the comparative effectiveness of each side’s military spending.”

National security experts have stated that the current FY2021 budget is based on sound strategy, but in reality is caters to the specific wish list of the various military branches without regard to regions, or combatant command in key areas, or of support to joint warfare.

To date there has been no future strategic defense strategy, and nothing of future strategy, with the only changes being recommended coming from the combatant commands instead of the nation’s military leadership of the Joint Chiefs of Staff or the heavy bureaucratic Office of the Secretary of Defense.

The time has come to instituting a 21st century reform that encompasses all federal spending and that includes overhauling the antiquated acquisition and procurement of the Department of Defense.

National defense and political leaders need to revert back to the mission statement of the Department of Defense which states; “It’s responsible for providing the military forces needed to deter war and protect the security of our country.”

Any national defense budget must meet one requirement, how does this provide the military forces needed to deter war and protect the security of our country? The Department of Defense spends just over $700 billion, but is the U.S. spending wisely or is there programs that could be eliminated, are their duplication between services that can be consolidated; do we need everything currently allocated?

Admiral Davidson gave his recommendations on what is needed to prevent a conflict in Asia, but are the nation’s military and political leaders listening?

If the nation’s defense resources are wasted on parochial spending or lack strategic thought the nation will face the ramification of its inaction; let’s not wait for a Pearl Harbor or a September 11th event before we are forced to change!