THe Resignation of Russia’s Government 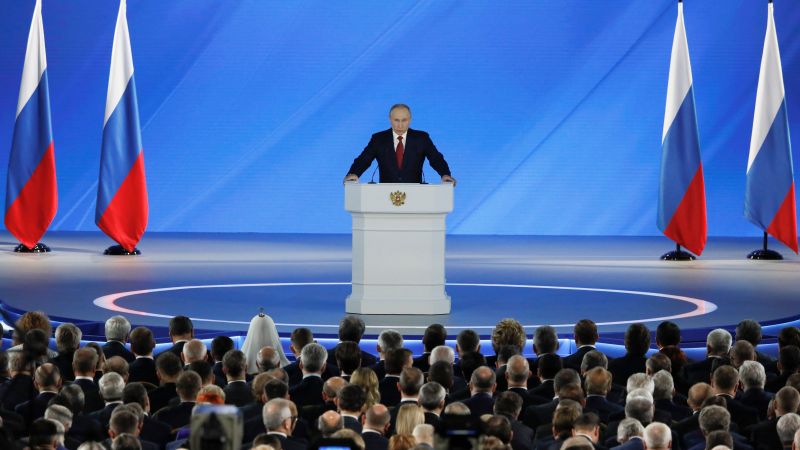 At his annual address to the Federal Assembly on Wednesday, Russian president Vladimir Putin proposed changes to the country’s constitution that would create room for him to remain at the center of political power in Russia past 2024, when his current and constitutionally final term as president ends. Hours afterward, longtime Putin ally Dmitry Medvedev resigned his position as prime minister. Putin nominated Mikhail Mishustin, a 53-year-old technocrat who headed the Federal Tax Service, as his new prime minister and named Medvedev deputy chair of the Security Council, a consultative body within the presidential administration.

Q1: What did Putin announce?

A1: Putin gave his annual address to the Federal Assembly on Wednesday. Most of the speech focused on socioeconomic issues like funding for education, child care, and job training. While Putin’s annual addresses often emphasize improving living standards, this year’s was unusually specific and came in the wake of mounting protests over quality of life issues and economic stagnation.

Putin also raised the issue of constitutional change and the looming succession when his current terms expires in 2024. Amid speculation that he would seek to extend his time in office, Putin made clear he supports keeping the current two-term limit in place—even if he said he does not “regard this as a matter of principle.” Other proposed constitutional changes included giving the State Duma—rather than the president—the power to appoint the prime minister and members of the cabinet. This step would ensure that Russia’s next president faces more institutional constraints than does Putin himself. It would also strengthen the role of the Duma, a body that in recent years has become more of a rubber stamp for Kremlin policy, and make legislative elections more consequential.

Putin also said it would be “appropriate” to enshrine the State Council, a presidential advisory body, in the Russian constitution, likely making it part of the executive branch. Some observers have suggested that in 2024, Putin could move over to become head of this more powerful State Council, allowing him to retain a kind of supervisory role over the entire political system.

Putin also raised the issue of Russian federalism—the relationship between the center and the 83 (or 85 with Crimea and Sevastopol) regions. He noted that a country the size of Russia “cannot . . . even exist sustainably as a parliamentary republic” and called for “a unified system of public authority” across the country. The push for administrative uniformity has been a hallmark of Putin’s most recent term in office, as he has sought to roll back the autonomy provisions that regional leaders in places like Tatarstan were able to negotiate during the 1990s.

One issue that received little attention in Putin’s speech was foreign affairs. In past years, Putin has often used these annual addresses to discuss Russia’s place in the global order or to hit out at what he sees as Western efforts to deprive Russia of its proper place at the table. This time, Putin merely stated that Russia, like the other permanent members of the UN Security Council, “bear[s] a special responsibility for the conservation and sustainable development of humankind” and noted that “Russia is ready to enhance cooperation with all interested parties.” In kicking off what promises to be an extended period of political uncertainty, Putin seemed to be suggesting that Moscow is not looking to start any new foreign crises.

Q2: Why did Russia’s government resign? What happens next?

A2: In the wake of Putin’s statements about constitutional change, Medvedev announced his resignation and that of the entire cabinet. Medvedev explained his resignation by claiming that with the proposed constitutional reforms, “we as the government should allow our country’s president to make all necessary decisions before that.” The resignation of the government means the status of long-serving officials like Foreign Minister Sergey Lavrov and Defense Minister Sergey Shoygu is also up in the air.

In addition to being prime minister for the past eight years, Medvedev was president from 2008-2012. His presidency started off with high hopes for reform and liberalization, but he ended up achieving little, and his reputation never recovered after he agreed to stand aside to allow Putin to return to the Kremlin. As prime minister, he has overseen a period of economic stagnation and the failure of multiple government initiatives like the so-called National Projects, a six-year, $390 billion policy agenda introduced in 2018 designed to boost growth and raise incomes. While Putin’s approval ratings remain reasonably high, Medvedev has taken much of the blame for the decline in living standards and overall stagnation afflicting Russia in recent years. With his departure, he can be a scapegoat for everything that has gone wrong. The responsibilities of Medvedev’s new role as vice chair of the Security Council remain undefined but allow him to remain close to the center of power.

Mishustin, meanwhile, does not have much of a political profile and is not someone whose name had been on any short list of possible successors. Lacking any base of his own, Mishustin does not pose a threat to anyone. His experience running the tax service could nevertheless become useful as Russia tries to modernize its economy and embrace digital technology. Mishustin is also credited with cleaning up corruption at the tax service, one of the few branches of the Russian government that has become more open and transparent in recent years. Despite his technocratic background, Mishustin has promised to overhaul the cabinet. He also promised to employ funds from Russia’s budget surplus to fulfill the socioeconomic promises laid out in Putin’s address, most connected to the National Projects. Mishustin’s comments about the National Projects and changing the makeup of the cabinet suggest that he plans to stay in office for the foreseeable future.

In terms of the government as a whole, the reshuffle suggests that Russia is entering a more fluid period ahead of the presidential transition in 2024. Putin’s proposed amendments still need to be implemented, and the question of finding Russia’s next president remains unanswered. Putin is attempting to avoid consigning himself to lame duck status, but his announcement, and the near-certainty that the presidency will come open in four years, looks certain to set off jockeying for power and position that will overshadow real policymaking for some time to come.

A3: The surprise timing of the maneuver makes sense for several reasons. First, on the back of falling real incomes and an increasingly restive population , Putin is presumably seeking to avoid what happened in 2011, when his announcement of a job swap with Medvedev catalyzed the largest protests Russia had seen since the fall of the Soviet Union. This time, Putin is opting for a more gradual transition accompanied by constitutional reforms and stamped by a referendum to provide an air of democratic legitimacy. Announcing the changes four years out allows time for the constitutional changes to be adopted and new personnel eased into place. It has also caught much of the political class off guard , which ensures that opposition groups and figures have not had a chance to organize against the proposed changes. The announcement that the constitutional referendum would happen in May similarly leaves insufficient time for opposition to consolidate.

Second, Medvedev is quite unpopular both among the Russian political class and the Russian population. Transitioning him to a new role as deputy head of the Security Council may calm elite infighting ahead of a potentially divisive political transition. It also signals responsiveness at a time when Russians’ trust in the government is at a record low. Last, a change of cabinet may give a fresh energy to Putin’s stalled National Projects. Having achieved a degree of foreign policy success in Ukraine and Syria, Putin’s fourth and final term will be judged in great part by what he can deliver at home.

Putin will also have an opportunity to adjust plans for the succession depending on how events play out over the months and years to come. Without naming a successor and with the effects of the planned constitutional changes still to be seen, there is much uncertainty between now and 2024. At the same time, Putin is gambling that he can manage the powerful forces of change.

Critical Questions is produced by the Center for Strategic and International Studies (CSIS), a private, tax-exempt institution focusing on international public policy issues. Its research is nonpartisan and nonproprietary. CSIS does not take specific policy positions. Accordingly, all views, positions, and conclusions expressed in this publication should be understood to be solely those of the author(s).

© 2020 by the Center for Strategic and International Studies. All rights reserved.