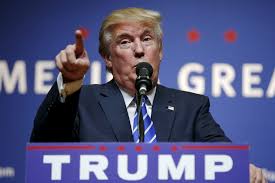 For the past four years and especially during the 2020 presidential campaign, Democrats and the media have claimed that the Trump foreign policy has been one big mitigated disaster!

Is this fact or just plain rhetoric because Democrats just can’t admit that Trump has been successful where President Obama failed in so many ways.  The media as we have come to realize just parrots the talking points of their Democratic masters, instead of reporting in an objective manner.

With President-elect Joe Biden now naming his national security team, the media has been reporting that “multilateralism” is back and with it the rejection of the unilateralist idea of “America alone” which has characterized the Trump administration foreign policy.

Throughout the campaign Biden has stated that he would repair the damage inflicted upon international organizations by Trump, resume the alliances and agreements that were repudiated the past four years.

Biden is now bringing back a national security team that cut its teeth during the Obama administration, were they really that successful and did it make America safer.

The national security team that Biden is resurrecting from the Obama administration presided over a policy of “leading from behind” this allowed an aggressive Russia to invade the Crimea, send troops into Eastern Ukraine, and re-enter the Middle East to support the Assad regime in Syria.  This was the first foray of Russia into the Middle East since 1973.

The same Obama foreign policy team also allowed China to move into the South China Sea and steal U.S. intellectual property all with impunity; these same individuals will now be advising Biden on national security.

This national security team honed their credentials in the halls of Washington and in academia secured a nuclear agreement with Iran that lifted sanctions, gave billions to Tehran which was then used to fund its proxy terror groups in Iraq, Syria, Lebanon, Gaza and throughout the Middle East.  This agreement did nothing too stem Iran’s nuclear ambitions nor curb its continued development of its ballistic missile program.

Many in this national security team were all part of Obama’s disastrous Syrian policy that included the infamous “redline” proclamation which the Obama administration failed to follow through embolden our adversaries aggressive behavior.  Knowing America and the Obama administration would just stand down in any confrontation, enabled our adversaries an opportunity to act.

This same team was instrumental in having the U.S. sign the Paris climate agreement which placed strict measures on the U.S. to limit greenhouse gas emissions, while allowing China to defer until 2030.  Since the agreement was signed China has gone full throttle in building and exporting coal-fired plants.

What Democrats and media never mention is that the U.S. has met far more of the Paris Climate Accord benchmarks after leaving the deal than signatories of the agreement including Europe!

Nothing was done by the Obama administration in confronting China on this issue, nor on trade manipulations or preventing Beijing from stealing U.S. intellectual property.

Biden’s national security team also was responsible for the Cuban rapprochement which only allowed Havana to ferment instability throughout Latin America, especially in Venezuela.

When Trump assumed the stewardship of American foreign policy, the perception across the globe, America was in sharp decline. Various foreign leaders, especially in Asia may not voice this openly but they have welcomed the Trump administration’s policy of confronting China, and now believe that America will be there in the clutch when needed.

Often the critique of President Trump’s handling of foreign policy is that he didn’t listen to the sure handed national security experts of both parties that hailed from some of America’s distinguished academic universities and policy think tanks.  Instead Trump forged a different path for America.

Why should he listen to them, since these same national security experts of both political parties have the U.S. bogged down in Iraq, Syria and Afghanistan.

Hoover Institute Military scholar Victor David Hanson stated, “The Trump administration has been far more confrontational against Vladimir Putin’s Russia than was the prior Obama administration. The latter’s naïve “reset” was an overt failure that green-lighted Russian aggression in the Crimea and eastern Ukraine and saw Russia’s return to the Middle East for the first time in nearly a half century.”

Trump pulled out of the 30-year-old Intermediate-Range Nuclear Forces Treaty that Vladimir Putin violated with impunity and one the previous administration did nothing to hold the Kremlin accountable. Placed massive sanctions on Russia, stepped up America’s gas and oil production and exports, making the U.S. energy independent for the first time in seventy years, thus helping to cripple the Russian and Iranian economies.

Hanson continued to comment that America vastly increased its own military investments. It lobbied for greater NATO defense budgets. The Trump administration has demonstrated a willingness to confront and kill Russian mercenaries in Syria. In contrast to the Obama Defense and State departments, it sold sophisticated anti-tank weapons to Ukraine. All those measures involved risks. But they certainly have weakened Moscow both economically and strategically.

At the same time Trump placed crippling sanctions on Iran, in conjunction with a sharp decline in oil prices compounded by the COVID-19 has decimated the Iranian economy.  Tehran is now unable to direct funding to proxy forces in terror organizations of Hezbollah, Hamas and to the brutal regime of Assad in Syria.

At the same time the national security community was critical of the Trump administration for killing General Soleimani who was responsible for the heinous acts killing across the Middle East and has the lives of hundreds of dead American soldiers on his hands.  At the present time, Iran has not found a replacement nor did it spawn retaliation by Tehran as many experts concluded it would to include Joe Biden.

Hanson continued to mention that “the withdrawal from the flawed Joint Comprehensive Plan of Action (the “Iran deal”) dried up subsidies to Iranian terrorist surrogates and exposed Iranian nuclear cheating, which is now overt. The exit from the Iran deal helped to draw moderate Arabs states into a historical détente with Israel against Iran as a common enemy. The Pompeo initiatives ended the dopey notion of Ben Rhodes and other Obama officials that empowering a Persian-Shiite crescent would counterbalance Israel and the Gulf sheikdoms.”

For seventy years the national security establishment of both parties believed the only way to obtain peace in the Middle East, was to end the Palestinian-Israeli conflict. Trump reoriented the U.S. approach toward the Middle East, and obtained peace deals with Arab countries and Israel; no small feat.  This was the first peace deal between an Arab country and Israel in thirty years, and only the third one in the seventy plus years of conflict. For the first time a U.S. president is now actively confronting Iran instead of acquiescing to its every demand.

Trump also changed the trajectory of U.S.-China relationship that for the past fifty years Democrat and Republican administrations have believed that if we appease and engage Beijing they would become more Democratic. The opposite has happened the more we appeased China the more authoritarian they have become.

Trump has been the first president to actually confront China over its patent and trademark infringement, currency manipulation, vast trade imbalances, technology appropriation, and product dumping. Trump’s policy have been done through tariffs, with many national security experts believed wouldn’t work.

Before COVID, Trump was working with the world to contain China, after the coronavirus the nations of the world are now seeing the duplicity of Beijing and are now aligning with the U.S.

Even Australia, India, Japan, South Korea, and Taiwan have never been more pro-American and relived that they have a willing partner in the United States, but especially in President Trump.

Every president in the past seventy years has complained about Europe not doing their fair share in providing for their own defense, Trump has confronted them, but especially Germany.  Trump has forced NATO member countries to do more for their own collective security.

Many national security experts have blasted Trump for his treatment of our NATO ally Germany, but the president has responded to his critics as to why American troops should defend Germany when Germany won’t defend itself. Then Germany in the same breath wants protection from Russia, and then signs a multi-billion energy deal with Moscow, with billions going to President Vladimir Putin.

Biden’s national security team wants the U.S. to reengage with international organizations like the World Health Organization (WHO), but his organization and the sanctimonious elites at the top parroted, lied and protected its benefactor in Communist China, all the while killing close to two million worldwide and almost 285,000 in the U.S. from the coronavirus.

Hanson finally mentions that “In reacting to the above, the Trump administration tried to adopt an overt “America First” approach in contrast to Obama’s more implicit “lead from behind” agenda. The rhetoric offended thousands of American elites deeply invested in the calcified post-war wheelhouses of diplomacy, defense, finance, academia, and government. Yet in the last quarter-century, that self-congratulatory status quo had not translated two decades of tactical success in Afghanistan into strategic resolution; somehow managed to unite nuclear Russia and China; allowed radical Islam to nearly overwhelm the Middle East; accepted as fate the Chinese hegemony in trade, finance, and (soon) politics; talked of managing decline; saw Turkey undermine the NATO alliance; empowered Iran; and made NATO both ever more provocative to its enemies and ever weaker.”

Biden’s national security team was part of that administration, will America try the same approach and expect a different result, it didn’t work then, why would it work now!