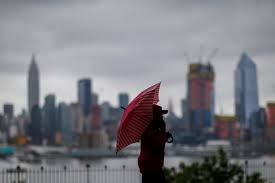 The brutal death of George Floyd by a Minneapolis police officer placed racial injustice to the forefront with many claiming that systematic racism is imbedded in America’s very core.  Is the nation really systematically racist or are we just facing the failure of governance in America’s urban cities?

This question has never been fully asked or debated as all the oxygen has focused on the belief of systematic racism toward the black and Hispanic communities. No one has even addressed how many of America’s urban cities from which the protests have taken place have been governed by progressive Democrats.

Stacy Torres an assistant professor of sociology at the University of California, San Francisco, wrote a commentary in CalMatters reflecting on the chasm of two cities of Oakland and Alameda. One in which one city prospers and the other Oakland adjacent to Alameda is in a step abys of decay.

The problem which Torres fails to mention is Oakland has been controlled by the Democratic Party. The last Republican to govern the city was during the Kennedy administration some 56 years ago.  Is it systematic racism or failure of Democratic governance?

If you look at the educational achievement gap in Oakland, only 22% of black students are reading or doing math at grade level, this a pathetic statistic, but nothing changes for these children considering this is a solidly Democratic city at all levels and has been for decades. Torres never mentions this!

So far progressive Democrats and former Vice President Joe Biden only articulates substantial federal spending on social programs to solve many of the systematic problems in America’s urban cities.  But is this the answer or is Biden and the Democratic establishment feeding the educational industrial complex; the powerful teachers union instead of the children they claim to want to help.

Why do Democrats continually feed this huge social industrial complex without ever asking if any of these programs are working?  Has anyone what are the measure of performance or measure of effectiveness of social programs at urban America?  Is more money the answer? This hasn’t worked, so why is Washington trying to do the same thing in hoping for a different result?

Since the “Great Society” of the 1960s, America has poured anywhere from $15 trillion to $22 trillion into social welfare programs.  The cities haven’t gotten better, but Washington continues to feed the social-welfare industrial complex.

John Yoo of the Hoover Institute and Horace Cooper a legal commentator and co-chair of the Black Leadership Network stated “Our urban K–12 public schools are a disgrace, homelessness runs rampant, and a permanent underclass has developed that cannot escape the inner cities. Academic studies show that while the Great Society programs have transferred trillions of dollars of income to alleviate poverty, they may have also actually harmed communities by creating incentives against family formation, work, and personal responsibility.”

This disintegration of the family unit in urban America was first made known by Daniel Patrick Moynihan who was then serving as Assistant Secretary of Labor under President Lyndon Johnson when he authored The Negro Family: The Case for National Action (known as the Moynihan Report.  The 1965 report would show that continued federal social programs over the years would hinder the formation of families leading to more single family units headed by a woman in urban cities.  This would greatly hinder progress toward greater economic and political equality.

This past Sunday, the nation celebrated Father’s Day, Edward Kruk, wrote in article in Psychology Today stating, “Many theories have been advanced to explain the poor state of our nations’ children: most notably child poverty, race, and social class.  A factor that has been largely ignored, however—particularly among child and family policymakers—is the prevalence and devastating effects of fathers’ absence in children’s lives.”

Last week, Jason Riley a senior fellow at the Manhattan Institute, and a columnist for the Wall Street Journal, who himself grew up in inner city Buffalo stated that “Most black people know that George Floyd is no more representative of blacks than Derek Chauvin is of police officers. They know that the frequency of black encounters with law enforcement has far more to do with black crime rates than with racially biased policing. They know that young black men have far more to fear from their peers than from the cops. And they know that the rioters are opportunists, not revolutionaries.”

The nation needs a conversation about better police tactics, techniques and procedures but the conversation has divulged into blaming all law enforcement for the nation’s social inequality.  Does anyone understand unsafe neighborhoods have an adverse effect on upward mobility?  A number of America’s urban cities have chronically failing schools that prevent economic growth and contribute to economic blight.

Many of the major cities in America have been run by Democrats for years, for example Los Angeles is governed by Eric Garcetti and the city even prior to the coronavirus suffers from rampant homelessness and other urban decay.

Washington D.C. hasn’t had a Republican mayor since 1910, with the city solidly controlled by Democrats with the D.C. Attorney General Karl Racine being a Democrat, this includes the chairman of the city council, Phil Mendelson, and chairman pro tempore Kenyan McDuffie.  If you look closer nine of 11 council members are Democrats and the other two are left-leaning Independents.  The schools that serve black children are in a deplorable state with 70% of black children unable to read or do math to grade level.

The Mayor of Washington D.C. Murial Bowser continually clashes with the president and has been interviewed on many major news outlets but has never been asked one questions about the deplorable conditions in her city or the dismal educational achievement gap of black students.  Why has she never been asked any of these questions?

This despicable state of Democratic governance is replicated across the country.

Remember the Flint Michigan water crisis a few years ago where blame was thrown with reckless abandon at then Republican Governor Rick Synder, at the private sector and at the Koch brothers.  Did anyone ask the government officials of Flint which has been controlled by the Democratic Party since 1932 what their role in the water crisis when in fact this is a local issue.

The two previous articles I wrote describing this issue, one titled, “America needs an Open Discussion on Income and Racial Inequality,” the titled, “The Civil Rights Issue of Our Era,” since both were published nothing has been asked of the leaders of the states or cities these basic questions.

Is the hatred for President Trump so pervasive and so deeply engrained in the media that they would sacrifice the black and Hispanic communities to try and score political points?  Why hasn’t Joe Biden been asked any of these questions?

He has been part of this since 1973 when he was elected to the Senate and served as Vice President from 2009-2017.  Even now he only gets asked softball questions by a complicit media, are they trying to protect Biden because they want him as president?

If we only focus on reforming the police the black and Hispanic communities will be the ones suffering. Instead of systematic racism maybe the real problem is systematic failure of governance in American cities and states across America.