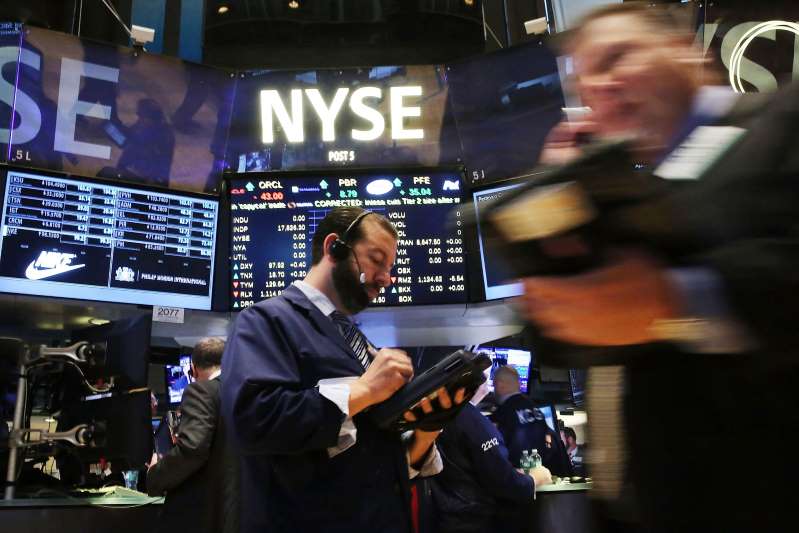 Stocks plummeted once again Thursday after President Donald Trump and the Federal Reserve failed to quell concerns over the possible economic slowdown stemming from the coronavirus, leading to historic moves in U.S. markets.

“The coronavirus is scary and people don’t know what to expect,” said Kathy Entwistle, a senior vice president of wealth management at UBS. “It’s like the tsunami is coming. We know it’s going to hit any day and nobody knows what the outcome is going to be.”

The major averages got a brief respite after the Fed announced it will ramp up its overnight funding operations to more than $500 billion on Thursday. It will then offer more repo operations totaling $1 trillion on Friday. The Fed also expanded the types of securities it would purchase with reserves.

However, stocks quickly traded back towards their session lows as investors awaited more aggressive measures to support the economy amid the virus outbreak.

“These changes are being made to address highly unusual disruptions in Treasury financing markets associated with the coronavirus outbreak,” said the statement from the New York Federal Reserve, which conducts these operations on behalf of the Fed.

Thursday’s sell-off got so bad, that trading was halted briefly after the open for 15 minutes as markets hit the mandated “circuit-breaker” threshold used by U.S. exchanges. The Dow was on pace for the sixth-worst decline in its history, according to FactSet. Even the worst one-day drop of 2008 financial crisis did not reach this magnitude.

Not much was immune to the market plunge. Small-cap benchmark the Russell 2000 index cratered by 10%. Gold fell. Oil plunged. Credit market spreads widened significantly. Even bitcoin dropped while U.S. Treasurys were lower.

“We are going into a global recession,” said Mohamed El-Erian, chief economic adviser at Allianz, on CNBC’s “Squawk Box.” “After what’s been happening the last few days, we are going to see a spread of economic sudden stops.”

“The trouble with economic sudden stops is it’s not easy to restart an economy,” El-Erian said. He believes the selling won’t stop until the bear market hits down 30%.

In his address, Trump announced travel from Europe will be suspended for 30 days as part of the government’s response to the coronavirus outbreak. Trump also said the administration would provide financial relief for workers who are ill, caring for others due to the virus or are quarantined.

These moves were not enough for investors, however, who were looking for a more targeted fiscal response to address the issue slower economic growth stemming from the coronavirus.

“President Trump in an extraordinary Oval Office address didn’t offer up major new ideas on stimulus and only said he’d propose a vague payroll tax holiday to Congress without strongly standing up for any firm size/magnitude,” wrote Ernie Tedeschi, policy economist for Evercore ISI, in a note. “This effectively kicks the issue to Congress which is still planning to go on recess next week.”

The Cboe Volatility Index (VIX), widely considered the best fear gauge on Wall Street, jumped to more than 76 and hit its highest level since 2008.

On Wednesday, the Dow ended its historic 11-year bull market run by closing in bear-market territory. A bear market marks a 20% decline from all-time highs. Now the S&P 500 is in one, down 26.9% from its record high.

Trading was halted for 15 minutes shorty as an initial 7% drop triggered “circuit breakers” at the New York Stock Exchange and Nasdaq. Before the open, futures contracts overnight tied to the major indexes fell to their so-called limit down thresholds, sliding 5%. These limit down levels act as a floor for selling until regular trading begins. They are used to ensure orderly markets.

Also causing concern about how pervasive the virus could already be in this country was the announcement Wednesday that the National Basketball Association is suspending its season after a Utah Jazz player tested positive for coronavirus. Movie actor Tom Hanks and his wife, Rita Wilson, also said they tested positive for the coronavirus.

“The crux of the angst investors are feeling as the coronavirus spreads surrounds what might happen to consumer spending,” wrote Scott Wren, senior global market strategist at Wells Fargo Investment Institute.

“Consumers sitting at home and not out spending money because they fear catching the coronavirus is the ultimate negative outcome,” he added. “It has been the U.S. consumer who has been driving the recovery bus during this long expansion.”

Thursday’s plunge came after yet another wild session on Wall Street and the demise of the Dow’s record-setting bull market run that began in March 2009. The blue-chip index tumbled 1,464.94 points, or 5.9%, to close at 23,553.22. The 30-stock average closed in a bear market, putting to end an expansion that started in 2009 amid the financial crisis. The Dow also plummeted more than 2,000 points on Monday.

“These markets have been impossible to predict,” said David Lafferty, chief market strategist at Natixis Investment Managers. “I think of them as kind of wind-sock markets. They’re just changing with whatever way sentiment is. There’s no fundamentals under these markets right now.”