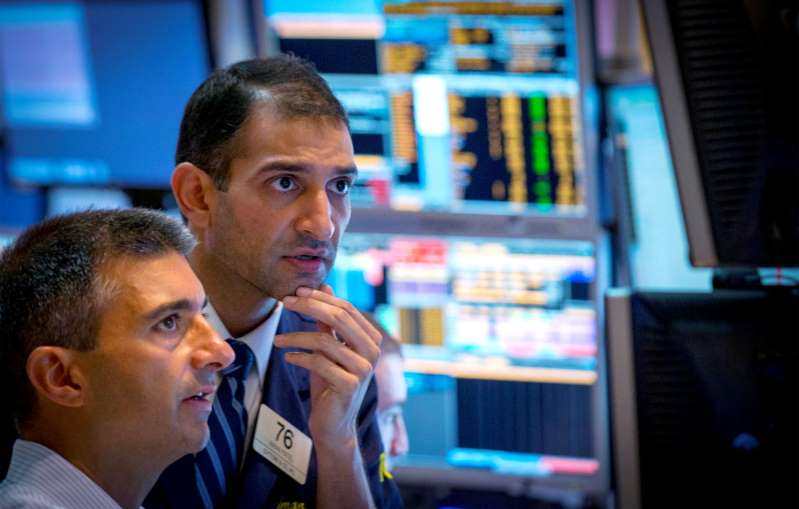 Stocks fell slightly on Thursday as investors digested sharp gains from earlier in the week along with the latest weekly jobless claims data.

MGM Resorts, Ross Stores and Under Armour — all stocks that benefit from the economy reopening — fell in the premarket Thursday. Best Buy also dropped 3.6% despite better-than-expected earnings.

The major averages entered Thursday’s session all up more than 3% week to date thanks in large part to state efforts to ease stay-at-home orders and begin lifting restrictions on business. Connecticut, for example, began on Wednesday to allow residents to dine in at restaurants with outdoor seating.

Sentiment has also been lifted by rising optimism around a potential coronavirus vaccine. Moderna said Monday that an early stage vaccine trial had shown positive results, with all 45 participants developing Covid-19 antibodies.

“The broad market has taken some support from positive treatment and vaccine headlines as a complement to a generally more optimistic economic reopening,” LPL Research wrote Wednesday.

LPL Market Strategist Ryan Detrick did caution, however, that such a comeback is usually accompanied by occasional pullbacks — sometimes as steep as 10% — as investors try to correct sentiment and prices to an appropriate level given bear-market headwinds.

The Labor Department reported Thursday another 2.4 million people filed for unemployment benefits last week. Thursday’s report brings the total number of filings during the pandemic to more than 38 million.

To be sure, the latest jobless claims figures show the pace of filings has declined from previous weeks.

“Although the number of new jobless claims continues to ease … the sharp rise in continuing claims the week before illustrates that the easing of lockdowns in many states has not yet resulted in any large-scale recall to work for those currently on temporary layoff,” said Paul Ashworth, chief U.S. economist at Capital Economics, in a note. “There is little evidence that the reopening of the economy has, as yet, led to any sudden snap back in employment.”

Rising tensions between China and the U.S. tempered market sentiment on Thursday. On Wednesday, the Senate passed a bill that could ban Chinese companies such as Alibaba and Baidu from listing on U.S. exchanges.

That measure was passed after President Donald Trump said in a tweet that the “incompetence of China” caused “this mass Worldwide killing,” referring to the coronavirus.

Shares of Alibaba dropped about 2% in the premarket along with JD.com. Baidu’s U.S.-listed shares dipped 1.2%.