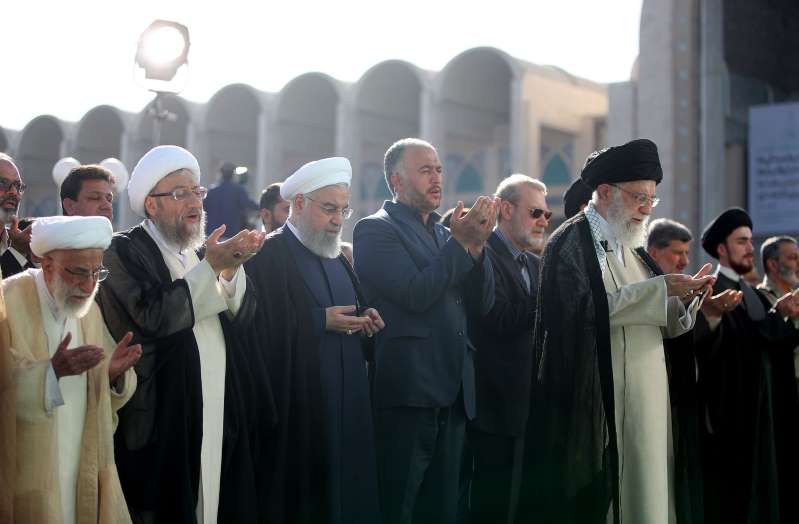 President Donald Trump on Monday announced new sanctions targeted at Iran’s top leadership and those thought responsible for downing a US drone flying near the country.

The sanctions join with previous US-imposed restrictions on trade with Iran to form some of the harshest sanctions on any country in the world, and Iran is feeling the effects.

Iran’s official press has recently bragged about its military prowess when downing a US drone worth around $130 million, touting it as a nasty black eye for the world’s military superpower.

But a recent Reuters report says that Iran’s oil exports are down to a scant 300,000 barrels per day. In April 2018, before Trump exited the Iran deal, which provided the country sanctions relief in exchange for its commitment to not build nuclear weapons or their key components, Iran was exporting 2.5 million barrels a day.

At today’s rate per barrel, the Trump-induced decline in exports has probably cost Iran $120 million a day from oil alone – almost the cost of the US’s pricey drone.

For the US, losing a drone is costly and destabilizing, but not really a big deal for a country with a $718 billion annual defense budget. In Iran, the currency has crashed and the country has become gripped by protests, strikes, and felt a crackdown on the financial freedom for all its citizens. 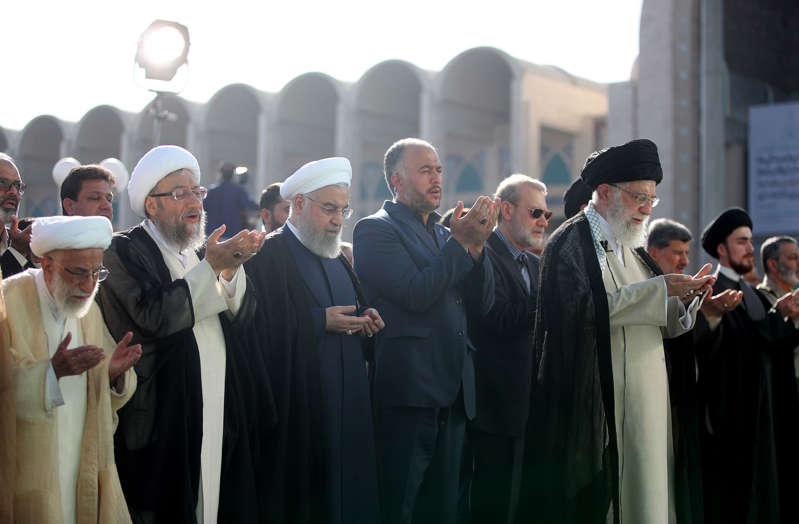 “The economic war is a reality and people are under extreme pressure,” said Shiva Keshavarz, a 22-year-old accountant living in Iran, told the Associated Press.

Iran’s theocratic rulers “keep telling us to be strong and endure the pressures, but we can already hear the sound of our bones breaking,” she said.

From the AP: “Inflation is over 37%, according to government statistics. More than 3 million people, or 12% of working-age citizens, are unemployed. That rate doubles for educated youth.”

Iranians can hardly get their hands on cellphones. The prices of everyday items have skyrocketed for average workers.

© ReutersIran is lashing out in devastation. The US is ignoring it.

In the US, the economy is, by conventional measures, booming. More often than Trump tweets about Iran, he tweets about new records being set in the stock market.

While Trump’s policies haven’t directly created the great market or historically low levels of unemployment, he has certainly touted them and seemed to enjoy them.

Iran is under such acute financial strain that many geopolitical experts, many associated with former President Barack Obama’s administration and big supporters of the Iran deal, have branded alleged Iranian mining of oil tankers in the region and Iran’s deliberate drone shoot down “predictable.”

When speaking about Iran, Trump often likens the country to North Korea, with the promise that it has a bright future if it cooperates with the US.

The US has suffered some attacks from North Korea over decades of hostility, including citizens detained and a US Navy ship attacked and captured. The US never responded to the incidents with force.

Iran’s leaders deeply hate the US, and frequently chant “death to America” or burn US flags. As for talking to the US, as Trump often offers, Iran has already written the idea off as a “humiliation” unless the US eases sanctions first.

Trump has backed off using force against Iran so far, but ratcheted up the economic warfare on Tehran while waving the idea of a diplomatic summit.

If the Trump administration’s preferred dynamic with Iran continues, in a few decades time, Tehran could be as poor and insulated as Pyongyang, while the US will probably look the same.