Skip to content
Home » Defense » Questions Need to Be Asked for U.S. National Security Failure in Afghanistan
Previous Next

Questions Need to Be Asked for U.S. National Security Failure in Afghanistan 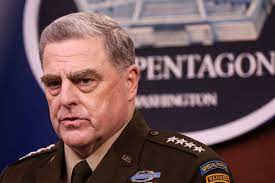 Months have passed from America’s disastrous withdrawal and still there has been no accountability from the military but also the entire national security community, so far no one has been held accountable for this failure.

Ever since the Special Inspector General for Afghanistan Reconstruction was created in 2008, (SIGAR) has reported that what was being told to us by both the national security communities of both political parties was blatantly false.

So far no one has been accountable for the twenty years of failure in Afghanistan, and in September Secretary of Defense Lloyd Austin and Chairman of the Joint Chiefs of Staff General Mark Milley testified and were pressed on the Afghan withdrawal, but no questions on how did we get to this point!

For twenty years we were told by the national security establishment we were making progress, and then we were shocked at the sudden collapse of the Afghan government and military.

A book written by Craig Wittlock of the Washington Post titled, “The Afghanistan Papers: A Secret History of the War” chronicles the failures of the national security community of both parties as it relates to Afghanistan. So far no accountability form anyone, and now many who were responsible for this disaster hold senior level positions in Biden administration.

So far a soldier loses a rifle they are court-martialed, individuals in the national security community lose a war they are rewarded with a high position in government with no accountability!

Congress is also culpable in this disaster, as Congress never did it’s most basic function of oversite, never questioned assumptions made by the national security apparatus of both Republican and Democratic administrations, instead focused on blaming the other for the twenty years of mistakes.

Instead during the hearings held by Congress in September both parties spent the time to score cheap political point on the colossal Afghan withdrawal. Congress should have not only have focused on the withdrawal, also on the entire 20 years of mistakes, in a non-partisan and non-political way to insure Endless Wars never happen again.

America has to admit the disastrous Afghanistan withdrawal was a complete debacle of monumental proportions, one that could have been predicted by the previous 20 years of failure, which leave’s America and our allies less safe that now only empowers terror organizations such as Al-Qaeda the original perpetrators of the September 11th terror attack for years to come.

Strangely enough America left Afghanistan the country exactly the way it was on September 10th 2001, with the Taliban back in power but in a much stronger position, but now armed with $80 billion in U.S. military equipment.  Al-Qaeda now along with every other terror organization is able to operate inside the country with impunity.

Following the disastrous Afghanistan withdrawal, many in the U.S. military are demanding accountability from the very leaders who lead them. Their services have been humiliated by a ragtag group of goat herders, and they want to know why. Who botched this entire conflict, which they suffered and bled for? If it was high-ranking national security civilians, what senior military generals refused to go along? Did anyone of them question their assumptions; did anyone place their stars on the table when they knew a disaster was inevitable?

So far these military commanders have thus offered no answers, because the demand for accountability goes up through the ranks then stops at the general grade level.  The nation needs answers on to how we ended up in this situation!

How did we get our national strategy with regard to Afghanistan so wrong for over twenty years?

With the known history of Afghanistan of failed empires trying to pacify the country so wildly known, how did our military commanders never understand Afghanistan?

We even never understood or care to know the enemy we were fighting; why?

Why did U.S. senior military brass accept the withdrawal of all U.S. troops from Afghanistan while Americans were left on the ground, and our NATO allies were never informed or had the chance to object?

This left our NATO allies flatfooted and they themselves had to withdraw because they didn’t have the capability to sustain operations, and they had to leave many of their own citizens behind. This enraged our allies!

Where does blame lay, with military commanders, national security leaders or both?

Many times the statement by senior military commanders was the one that Chairman of the Joint Chief of Staff Mark Milley stated in May that “The Afghans are capable of standing up to the Taliban without the support of the U.S.-coalition.”

Contradicting comments made by Marine Corps Gen. Kenneth “Frank” McKenzie, commander of U.S. Central Command who testified before Congress in April, “I am concerned about the Afghan military’s ability to hold on after we leave.”

Both of these leaders have to have known about the Afghanistan papers published since 2010 by the Special Inspector General for Afghan Reconstruction.

Did they or any of the majority of other senior military commanders object or raise any serious objections to any aspect of the Afghan war?

In 1949, senior Naval admirals openly questioned polices of the Truman administration dubbed the “revolt of the admirals” during testimony before Congress over proposed force structure, and military strategy. This was done before Congress and its constitutional oversite role of the military.

The American people were ill-served by national security bureaucrats, appointed leaders and senior military commanders who testified before Congress to only have them talk in circles and rarely gave forthright testimony.

With this massive debacle there has to be a comprehensive investigation on how military commanders and national security officials made serious strategic mistakes throughout the entire twenty years of U.S. involvement in Afghanistan.

One only needs to look at Israel, America’s staunchest ally on how that nation handled its disastrous war with Hezbollah in 2006 by instituting the “Winograd Commission” that looked into this engagement with an entire self-criticism of all national security, political and military leaders which left no stone unturned, which even impressed its enemy.

This commission objectively encompassed the political, tactical, operative and logistic failures which all played during their conflict and its results had better prepared the Israeli nation for future conflicts that arose.

America must conduct the same type of self-assessment of U.S. failure in Afghanistan and put aside this hyper-partisan blame the other side for the mistakes that were made, failure to address this will result in another foreign policy disaster.