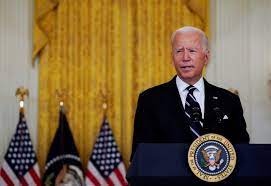 At the beginning of President Biden’s presidency, we were told by academics, political leaders of both parties, military officials and national security experts that the “adults are now back” in charge of U.S. foreign policy and would restore alliances that former President Trump had alienated.

Even during his inaugural address President Biden reiterated the moniker that his administration would “pair our alliances and engage with the world once again.”

Even the media couldn’t contain itself by lauding the foreign policy credentials of Secretary Anthony Blinken as Secretary of State, General Lloyd Austin as Defense Department and Jake Sullivan as National Security Advisor who were chosen by Biden into these pivotal positions hailing them as the most capable foreign policy team in generations.

This glowing adoration by the media extended to President Biden touting his decades long experience in foreign policy while he served as either the ranking member or chairman of the influential Senate Foreign Relations Committee and as Vice President under President Obama.

Everyone should have stopped and paused when former Secretary of Defense Robert Gates under both President Bush and President Obama stated of Biden, “He’s a man of integrity, incapable of hiding what he really thinks, and one of those rare people you know you could turn to for help in a personal crisis. Still, I think he’s been wrong on nearly every major foreign policy and national security issue over the past four decades.”

Before he became president he didn’t have to lead now he does and we are witnessing his failed foreign policy on a grand level that will have profound impact on America for generations.

Prior to Biden’s disastrous handling of the Afghanistan withdrawal, one only had to witness how the Chinese totally humiliated the president’s entire national security team in Anchorage, Alaska in March.

Look how the president dealt with hackers originating in Russia, Biden showed weakness, without ever standing up to the Russian president.

As soon as he became president, Biden was hell bent on fulfilling a progressive wish list by ending the war in Afghanistan no matter what the situation on the ground his military commanders and the intelligence community were telling him.

Before and after Joe Biden became president he consistently repeats the often repeated moniker that “The buck stops here” or “I take full responsibility,” accept when it comes to Afghanistan then blames Trump for the deal he was locked into.

Unfortunately, the agreement Trump agreed to with the Taliban was all conditional based. The Taliban had to accept and work with the Afghan government, renounce any support or affiliation with Al-Qaeda. If they didn’t follow through they would face the consequence for non-compliance which he carried out when they failed to comply.

Biden had no preconditions, and the Taliban knew this and launched its advance across Afghanistan because they had no fear from the president that he would use the military to halt their progress.

This still doesn’t stop Biden, his Democratic surrogates or the media from continuing to blame Trump, but it raises immediate questions:

1) If the Afghanistan deal was so flawed, why didn’t Biden renegotiate a better deal, why did he continue to stick with it, considering he rejected and overturned every other Trump policy on the U.S. southern border, on fossil fuels, the Middle East, Nord Stream II pipeline between Russia and Germany? If Trump was for or against something Biden did the opposites accept on Afghanistan, why?

2) Why was Trump wrong to hand Biden a policy of gradual withdrawal that was conditional based on the Taliban compliance? Why was Biden right to begin the withdrawal, than accelerate it into having U.S. troops leave the country before all civilians were evacuated?

3) If Trump’s deal with the Taliban was bad, why didn’t violence happen while Trump was president but only erupt when Biden was in the White House?  Also was the departure in the middle of the night from Bagram Air Base without consulting our Afghan allies or are NATO partners in Trumps departure plan?

The Afghanistan withdrawal showed that this much heralded foreign policy team was operating far above there operating capacity, as President Biden made disastrous decision after another in Afghanistan.  Instead of the best foreign policy team, they are worst national security team this country has produced and our adversaries are salivating on how to exploit America’s weakness to their advantage.

There are many questions that have never been answered;

1) Did any of Biden’s national security team or senior military commanders object to the speedy withdrawal from Afghanistan and to the closure of the Bagram Air Base?

2) Why did the U.S. military leave Afghanistan when thousands of Americans were left behind, even though two sources one at USCENTCOM the other at USSOCOM have stated that a request went up through the military command authority to the Secretary of Defense and the White House.  The military requested to get the civilians out first, but were turned down, who turned down the request?

3) Who made the decision to leave $80 billion in sophisticated military equipment behind, and now the Taliban have at their disposal?

4) Who made the decision to trust the Taliban and why would we?

Throughout Trump’s presidency we were inundated on how badly Donald Trump treated our allies, but Biden never once informed our allies he was leaving Afghanistan as abruptly as he did. British Prime Minister Boris Johnson tried for several days to get in touch with the president but to no avail. 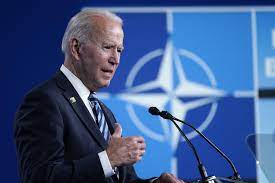 Reports have come in that the British have signaled a refusal to work with the U.S. in any military capacity while Biden serves as president. Our NATO partners are now signaling a new direction one that doesn’t include the United States.

Because of Biden’s precipitous withdrawal from Afghanistan we forced our NATO allies to leave the country thus leaving thousands of their citizens behind, no matter what the president says our allies are fuming mad at the U.S.

Our enemies such as China have signaled to Taiwan that America won’t be there when we invade the island.

As the nation begins the commemoration of the 20th anniversary of September 11th, how will this day be remembered when we left Afghanistan by leaving the Taliban in power, who are allied with Al-Qaeda rearmed them to the tune of $80 billion in U.S. military equipment, and the perpetrators of the attack now firmly back in the country.

We will feel this debacle for years to come.