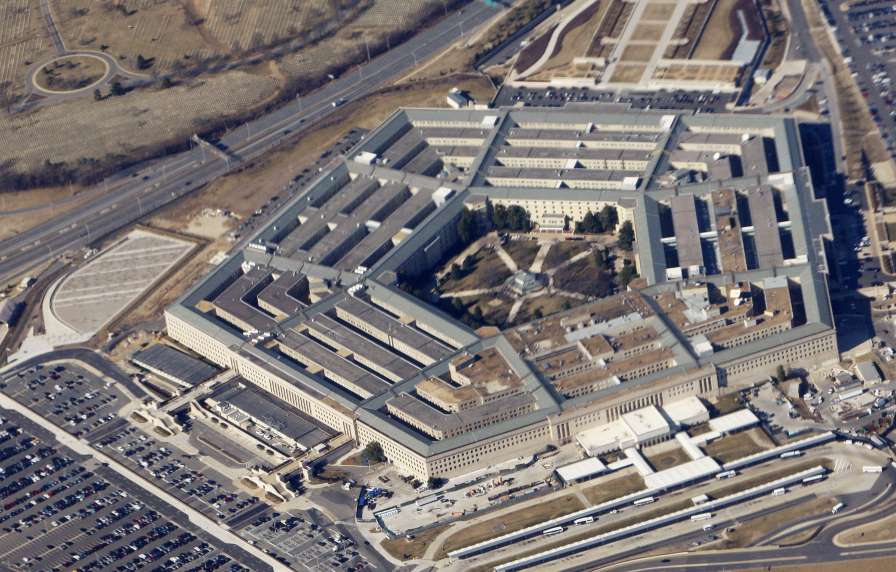 Pentagon officials on Monday recommended a restrained response to the recent attacks on Saudi oil facilities, arguing against a potentially costly conflict with Iran, which the administration has blamed for the strike on a key American ally, according to officials familiar with Defense Department deliberations.

While Yemen’s Houthi rebels have claimed responsibility for the attacks, Trump administration officials have said they believe that at least the bulk of the strikes, which targeted two facilities belonging to state-run Saudi oil firm Aramco, were launched from within Iran — an allegation that, if true, would represent a major escalation between the Middle East’s leading regional powers.

In a message posted on Twitter, Esper, who took over at the Pentagon in the midst of a previous confrontation with Iran in June, said the U.S. military and other government agencies were “working with our partners to address this unprecedented attack and defend the international rules-based order that is being undermined by Iran.”

But military officials are also privately urging caution, seeking to defuse tensions they believe could push the United States into a possibly bloody conflict with Iran at a time when the Pentagon is seeking to wind down insurgent wars in the Middle East and reorient toward competition with China.

The officials, who spoke on the condition of anonymity to describe their views, sought to emphasize the fact that no American personnel or facilities had been targeted in the weekend attacks, suggesting that a direct U.S. military response might not be merited. They also said that, if such a move was deemed necessary, the administration would need to find a valid legal basis to take action.

Pentagon officials have also stressed the risks to the at least 70,000 U.S. personnel stationed under U.S. Central Command, which stretches from Egypt to Pakistan, if tensions with Iran spin out of control.

Defense officials have repeatedly raised similar concerns as the Trump administration has embraced a hawkish policy toward Iran over the past 18 months, including the president’s decision to withdraw from his predecessor’s nuclear deal with Tehran and to impose harsh new sanctions on Iran and its affiliates.

In June, following the downing of an American drone, Trump authorized and then called off a series of strikes on military sites within Iran. He said at the time that he changed his mind after being informed that up to 150 Iranian troops would die.

But on Monday, Trump suggested that a retaliatory attack in coming days might be appropriate. The president, asked by a reporter whether a lethal strike would be proportional to the latest violence, responded: “I would say yes.”

The attacks Saturday came less than a week after the departure of national security adviser John Bolton, who spearheaded the administration’s tough Iran stance. While Pentagon officials had privately voiced concerns that Bolton might — inadvertently or otherwise — lead the United States into war, they have found an ally in a president who has expressed a desire to avoid new open-ended military action.

Defense and intelligence officials are working to compile information, which may be made public in some form to bolster administration claims of Iranian responsibility for the attack, officials said.

Regarding Iran’s alleged role in the attack, Trump told reporters on Monday that it was “looking that way” but said he hoped to avoid a conflict. “I’m somebody that would like not to have war,” he said.

As discussions continue, Pentagon officials may suggest taking new deterrent measures short of direct use of force, such as increasing the number of troops in the region and hardening U.S. defenses, officials said.

Jim Stavridis, a retired four-star admiral who once served as NATO’s top military commander, said that if the United States is certain of Iran’s involvement in the attacks, the next steps could include presenting the evidence to the international community or condemning Tehran before the U.N. Security Council.

The administration might also attempt to peel European allies away from the Iranian nuclear deal, intensify sanctions, or mount missile or covert attacks against Iranian energy infrastructure as a reciprocal measure, he said.

Stavridis argued that any reaction would be best carried out with allies on board. He predicted that Saudi Arabia would initially resist an overt retaliatory attack and would instead want to bolster its missile and cyber defenses and urge allies to join military operations protecting commercial shipping around the Persian Gulf.

As officials consider their options, they must also navigate resistance on Capitol Hill, where some lawmakers are seeking to constrain the administration’s ability to launch military action against Tehran.

“Iran’s behavior in the region is highly problematic on many levels, but Saudi Arabia’s oil interests do not determine whether the United States goes to war — the U.S. Congress does,” Sen. Tom Udall (D-N.M.) said in a statement on Monday.

Robert Malley, who was a senior Middle East official in the Obama White House and now serves as president of the International Crisis Group, said the administration could seek to develop a legal basis for a retaliatory attack if it was determined to pursue one, even if Congress did not issue an explicit authorization.

“More often than not, the legal argument is used as cover for a political decision about whether to go to war or not,” he said.

If the president decides against an overt military response, he could also turn to cyber action. In June, when Trump was contemplating a missile strike against Iran, the Pentagon teed up a cyber option to help enable the strike. It involved Cyber Command disabling Iranian computer systems that controlled missile and rocket launches to prevent them from shooting down American weapons, according to people familiar with the matter.

Cyber Command in June instead conducted a different operation, disrupting a computer database used by Iran to plan attacks on oil tankers in the Persian Gulf hours after Iran’s Islamic Revolutionary Guard Corps shot down a U.S. surveillance drone in the region. Such actions are considered by the Pentagon to fall below the use of force and are seen as effective without risking open conflict.

Even as officials suggested that no military steps were imminent, the possibility of an unexpected White House decision hung over Pentagon discussions about the recent attacks.

“I suspect everyone takes a breath,” Stavridis said, especially until the government has a more complete picture of the attacks. “But nobody really knows.”

Paul Sonne in London and Ellen Nakashima in Washington contributed to this report.