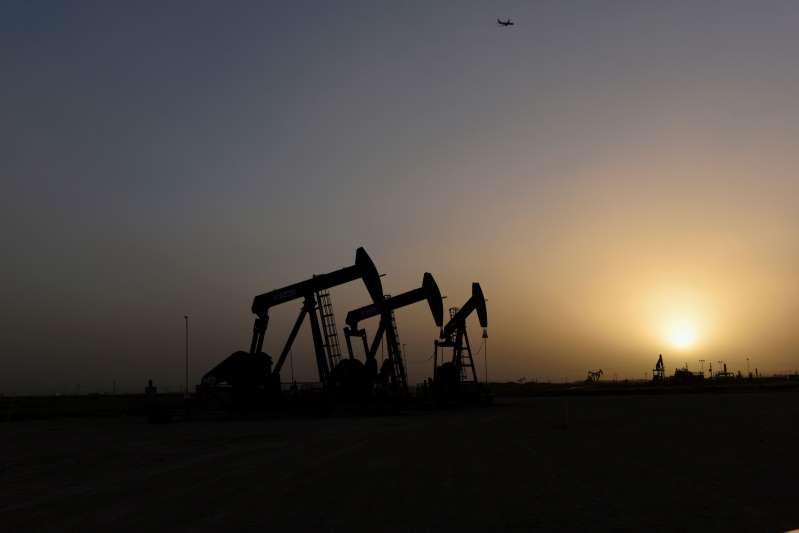 Oil prices steadied on Thursday a day after tumbling on concerns raised by an Iranian missile strike on Iraqi bases hosting U.S. forces.

They are now lower than they were ahead of the Jan. 3 killing of Iranian military commander Qassem Soleimani in a U.S. drone attack in Iraq, which prompted the Iranian response.
West Texas Intermediate futures were up 1 cent to $59.63 a barrel after falling nearly 5% a day earlier.
“An 8% range in the last 24 hours has probably cleaned up all the short-term positioning, long or short, and left market participants a bit breathless,” said Jeffrey Halley, senior market analyst at OANDA.
In Thursday’s attack, two rockets fell on Baghdad’s Green Zone, which houses foreign missions and government buildings.
“We need to be guarded about further sharp declines this week, as we will probably see more activity by proxy militias in Iraq,” said Stratfor oil analyst Greg Priddy.
Still, he said, “our view remains that in the absence of actual losses from conflict with Iran, the market will see mild downward pressure in Q1 on inventory builds.”
That pressure was evident on Thursday as a result of a surprise build in U.S. crude stockpiles last week.
Crude oil stocks were up by 1.2 million barrels in the week ended Jan. 3 to 431.1 million barrels, the Energy Information Administration said on Wednesday.
Analysts in a Reuters poll had expected a 3.6 million-barrel drop.
J.P. Morgan analysts maintained their forecast for Brent to average $64.50 a barrel this year.
“The impact on oil prices will depend on (the) extent of supply disruption versus available spare capacity, global oil inventories and reaction to oil price from U.S. producers,” the bank said in a commodities research note.
Top oil producers led by Saudi Arabia have agreed to reduce output by as much as 2.1 million barrels per day through the first quarter of 2020.
Reporting by Aaron Sheldrick; editing by Kenneth Maxwell and Jason Neely
By admin.ws|2020-01-09T07:18:49-05:00January 9th, 2020|Economy|0 Comments