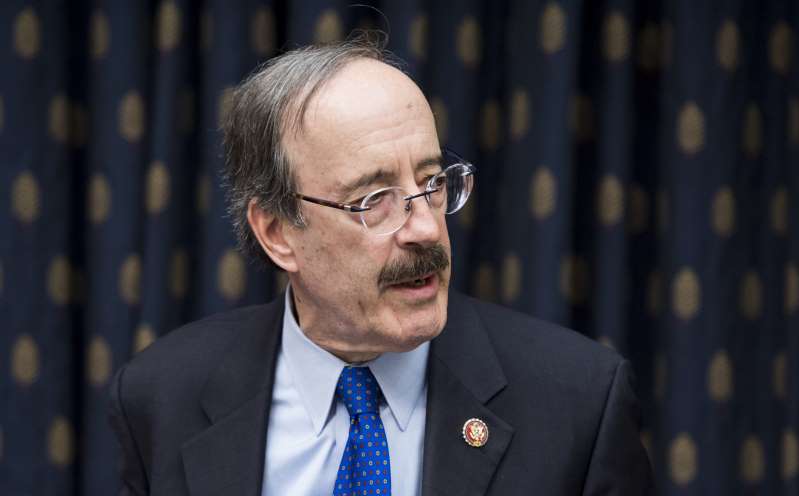 The Trump administration’s point man for negotiations with the Taliban could soon face a subpoena to testify before Congress about his work as a top lawmaker demands a September hearing.

“I do not consider your testimony at this hearing optional,” House Foreign Affairs Chairman Eliot Engel, a New York Democrat, wrote in a Thursday letter to Zalmay Khalilzad, the State Department’s special representative for Afghanistan reconciliation. “If this letter is insufficient to secure your attendance, I will consider other options that would ensure this hearing takes place in a timely manner.”

Engel’s letter followed Khalilzad’s announcement that he has reached “an agreement with the Taliban in principle” to withdraw 5,400 U.S. troops from the country in exchange for guarantees that the Taliban will not shelter al Qaeda, which plotted the September 11, 2001, terrorist attacks from Afghanistan. The draft agreement is drawing criticism from Afghan officials, who have been excluded from the process and fear a deal that will empower the Taliban. Engel expressed similar frustration, saying Khalilzad had “failed to respond” to two invitations this year from the committee, including one letter signed by Texas’ Michael McCaul, the panel’s top Republican.

Khalilzad has been briefing Afghan President Ashraf Ghani’s team on the draft agreement this week while taking care not to give the Afghan government a copy of the document. The deal reportedly calls for the start of negotiations between the Taliban and the central government. The terrorist group has refused direct talks throughout the 18-year conflict, insisting that the U.S.-backed government is illegitimate.

“As U.S.-Taliban talks have advanced further, their public position on negotiating directly with the Afghan government has continued to soften,” Jeff Smith, a South Asia analyst at the Heritage Foundation, told the Washington Examiner. “Ultimately, it’s way too early to forecast what this means and what it will produce, but it has moved the needle.”

Smith added that “there are still major doubts about whether the Taliban is negotiating in good faith even if they enter talks.” Such skepticism abounds in Kabul, where Ghani’s running mate in the election denounced the prospective deal as “a conspiracy” against Afghanistan.

“This is aimed at the division of Afghanistan, and we do not accept it,” said Amrullah Saleh, vice presidential candidate and former intelligence chief.

Saleh’s criticism is reminiscent of the suspicions that Ghani’s team aired earlier this year, when one of the president’s top aides suggested Khalilzad was scheming “to create a caretaker government of which he will then become the viceroy.” Pompeo’s team cut ties with the adviser who made those comments, but misgivings about whether Khalilzad is overstating the virtues of the draft agreement have percolated in Washington.

“[T]hose familiar with the deal say that the Taliban have actually made no explicit promise to cut ties with al Qaeda,” Michael Rubin of the American Enterprise Institute wrote Thursday. “This leaves the Taliban with wiggle room, and allows al Qaeda to maintain its presence operations and, at most, they would simply not claim credit from inside Afghanistan.”

The negotiations have unfolded amid a barrage of terrorist attacks, including three this week. A car bombing Thursday in Kabul reportedly killed 10 people, including an American soldier.

“The attack probably won’t affect talks,” said Smith, the Heritage Foundation analyst. “The Taliban have been attacking us and the Afghans the whole time we’ve been negotiating. And they’ve explicitly said they were going to do so until some kind of deal was reached.”

Khalilzad emphasized this week that the deal “is not final until the U.S. president agrees on it.” President Trump subsequently complained that American forces are “acting as policemen” in the country.

Engel, who chairs the House committee that oversees American diplomats, told Khalilzad that he needs to give a “long-overdue” public account of “the potential risks and opportunities” of the Taliban talks.

“After nearly two decades of war, we all want to see the fighting in Afghanistan come to an end,” Engel wrote. “But we want to make sure we are negotiating a peace and not simply a withdrawal.”