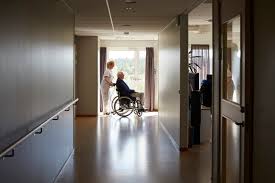 The coronavirus pandemic had an enormous impact on the United States but one state took the brunt with New York State having over 29,000 fatalities. The disturbing part of this tragedy was the policy of New York by sending recovering coronavirus patients to defenseless nursing homes, resulted in the deaths of over 5,000 elderly patients.

On March 25th, the New York State Department of Health issued “Advisory: Hospital Discharges and Admissions to Nursing Homes” to nursing home administrators, directors of nursing, directors of social work, and hospital discharge planners regarding nursing homes (NHs), pertaining to the expedited receipt of residents entering or returning to NHs from hospitals.

No resident shall be denied re-admission or admission to the NH solely based on a confirmed or suspected diagnosis of COVID-19. NHs are prohibited from requiring a hospitalized resident who is determined medically stable to be tested for COVID-19 prior to admission or readmission.

New York Democratic Governor Andrew Cuomo has in recent days placed the blame squarely on President Trump and his administration.

Cuomo was referencing a March 13th directive put out by the Trump Administration’s Centers for Medicare & Medicaid Services (CMS) and Centers from Disease Control and Prevention (CDC) to all states on how they should handle and control infections in nursing homes.  The guidance stated that “nursing homes should admit any individuals that they would normally admit to their facility, including individuals from hospitals where a case of COVID-19 was/is present.”

“Not could. Should,” Melissa DeRosa, secretary to the governor and Cuomo’s top aide, said at the Saturday press conference. “That is President Trump’s CMS and CDC…There are over a dozen states that did the exact same thing.”

Except not all states did.

The governor has been under fire by Republicans, who in their estimation Cuomo never should have allowed any recovering coronavirus patients upon leaving a hospital to enter any and all nursing homes which allowed the virus to spread unabated.

Throughout the pandemic the elderly many who were afflicted with comorbidity were extremely vulnerable to the coronavirus and as a result over 5,000 deaths occurred at various nursing homes across the state.  The numbers many believe could be much higher as the state changed the way it counts nursing home deaths.

In a statement to the Daily Caller News Foundation, the New York State Department of Health has omitted an unknown number of coronavirus deaths at nursing home and adult care facilities.

The Daily Caller reported that the NYSDOH confirmed to the DCNF that until around April 28, it was disclosing coronavirus deaths for all nursing home and adult care facility residents, regardless of whether the patient died at their long-term care facility or at a hospital.

The CDC guideline of March 13th Cuomo and his administration often cite states, “a nursing home can accept a resident diagnosed with COVID-19… as long as the facility can follow CDC guidance.”

Residents infected with COVID-19 may vary in severity from lack of symptoms to mild or severe symptoms or fatality. Initially, symptoms may be mild and not require transfer to a hospital as long as the facility can follow the infection prevention and control practices recommended by the CDC.

CDC Guidelines require any newly admitted and readmitted resident with a COVID-19 case to be placed in a designated COVID-19 care unit, while those who have met the criteria to have recovered can return to a regular unit in the nursing home.

Unfortunately for the elderly patients in New York, Cuomo changed the guidelines by the CDC and turned them into their own state directives by changing them to read that nursing homes cannot refuse to take any patient from hospitals if they have the coronavirus.  This is contrary what the CDC guidelines stated!

Florida which has far more populous elderly population then New York took a far different path then their neighbors to the north.  Republican Gov. Ron DeSantis, instituted a policy of having all elderly COVID-19 patients stay isolated in hospital facilities in receiving treatment preventing them from returning back to nursing homes.

During the height of the pandemic in Florida the state was “devoting enormous attention to nursing homes and establishing highly restrictive policies to protect them,” National Review reports, Mary Mayhew, the secretary of Florida’s Agency for Healthcare Administration, said healthcare workers early in the pandemic were insisting on the need to “get [COVID-19-positive residents] returned back to the nursing home.”

“We drew a hard line early on,” she said. “I said repeatedly to the hospital, to the CEOs, to the discharge planners, to the chief medical officers, ‘I understand that for 20 years it’s been ingrained, especially through Medicare reimbursement policy, to get individuals in and out. That is not our focus today. I’m not going to send anyone back to a nursing home who has the slightest risk of being positive.’”

The state also placed strict infection-control standards at nursing homes, mandated that any nursing home or facility that was unable to meet this standard would have to “transfer that individual to a hospital.”

It’s also interesting how partisan the decisions have become whereas the national media and Democratic politician have vilified DeSantis and wildly praised Cuomo, but the results were far more deadly for the elderly in New York then they were in Florida.

Much of the difference can be seen on how each governor handled the situation in their respective states.  Florida devoted considerable resources to nursing homes, and put in place highly restrictive policies to protect the states most vulnerable.  DeSantis also gave wide latitude to counties on how they should react to the virus.

“I said from the beginning,” DeSantis explains, “we’re a big, diverse state. The epidemic is not going to affect this state uniformly, and what’s appropriate in Miami and Broward may not be appropriate for Jacksonville or the Panhandle. And that’s pretty much the way we did it.”

“We worked with the locals in Southeast Florida,” he continues. “They had more restrictive measures than the rest of the state.”

And understandably so: “Even at this point, 60 percent of our cases have come from just those three counties. I mean, they represent 29 percent of the population, but 60 percent of the cases, and certainly a majority of the fatalities and hospitalizations.”

DeSantis eventually did issue his own statewide order, but he argues that it was more flexible and less prescriptive than those of other states. “We had a broad essential-business definition,” he says. “So we basically had businesses operating. We had the daycares open, we had recreation open, and my order never actually closed any businesses. We allowed them to operate within the context of just limiting contact between people outside the household.”

After severe criticism and the deaths of thousands of elderly patients in nursing home care facilities New York reversed its directive on May 10th.  Now hospitals can only send patients back to a nursing home or care facility if they have tested negative for the coronavirus.

Even after Cuomo reversed his March directive he still defended his actions.  His rational for his decision was for nursing homes to not reject COVID-19 patients was intended to free up space in hospital for the sickest of patients all the while cases surged.

Cuomo continued to defend his decision, and didn’t believe this contributed to the more than 5,000 nursing home deaths and adult care facility fatalities.  This was by far larger than any other state, including Florida which has the largest elderly population in the nation.

The Society for Post-Acute and Long-Term Care Medicine, known as AMDA, had warned from the beginning that Cuomo’s order admitting infected patients posed a “clear and present danger” to nursing home residents. Now, Jeffrey N. Nichols, who serves on the executive committee of the group, said “the effect of that order was to contribute to 5,000 deaths.”

“It infected a great number of people in nursing homes who had no business getting infected, including short-term residents who were there for rehabilitation after surgeries,” said John Dalli, a New York attorney who specializes in nursing home cases.

The media and government officials need to need to take an unbiased examination of New York’s decision during this entire pandemic as to why nursing and adult care facilities suffered such fatal catastrophic deaths and the decisions that lead to the deaths of thousands of elderly patients.

Last week Governor Cuomo while being interviewed by his brother Chris Cuomo of CNN was not asked about the high death rates at nursing homes in New York State; why not?  Why would CNN allow Chris Cuomo to interview his brother when there is clearly a conflict of interest?

Why would CNN and Chris Cuomo’s turn a serious issue into a joking matter when over 5,000 elderly patients have died?

Is CNN a news organization or part of the Democratic Party’s communication apparatus?

I am perplexed as to why the media is not looking deeper into this, and why are they only looking a Governor DeSantis when his decisions led to far fewer deaths with a far greater elder population.

A partisan media only weakens the Republic not strengthens it.