Skip to content
Home » U.S. Politics » Nevada Democratic Debate: Who Made the Stage, How to Watch, and What to Expect
Previous Next

Nevada Democratic Debate: Who Made the Stage, How to Watch, and What to Expect 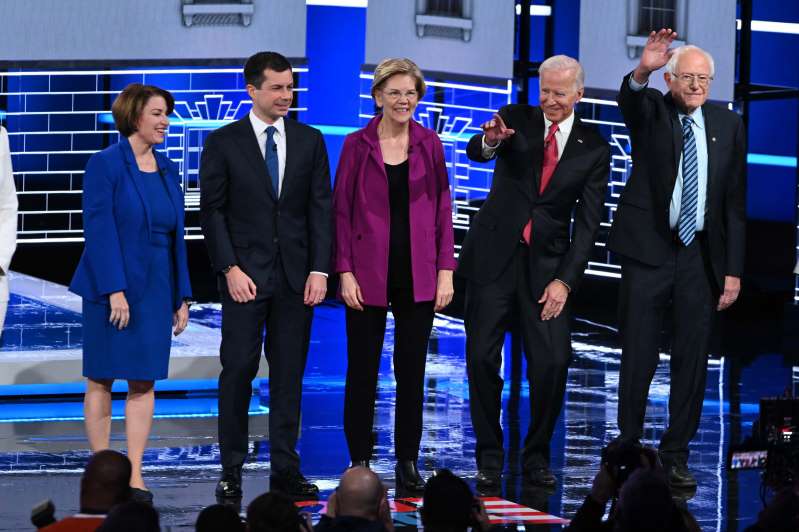 The Democratic primary debate is being held at the Paris Theater in Las Vegas. It includes several candidates who are no strangers to the debate stage, but the addition of former New York City mayor Michael Bloomberg for the first time is expected to bring with it some fireworks.

Here’s what you need to know about Wednesday’s debate:

When is the debate?

How can I watch it?

Audio of the debate will also be available through SiriusXM Channel 118, and TuneIn.

Who qualified for the debate?

Here are the candidates that qualified for the debate.

Rep. Tulsi Gabbard and billionaire Tom Steyer are both still in the Democratic race but did not qualify for the debate.

Who are the moderators?

A new candidate on stage

Bloomberg will be on stage for the first time since jumping into the presidential race in late November.

The billionaire, who is opting out of competing in the first four early states, will likely take the bulk of attacks from the other candidates on stage. Bloomberg is quickly rising in national and some state polling after pumping millions of his own money into his campaign.

Several weeks ago, candidates quickly criticized the Democratic National Committee’s decision to do away with a donor requirement for the Nevada debate. In the last debate in New Hampshire, candidates had to reach a 225,000 donor threshold, with at least 1,000 donors coming from at least 20 different states.

Bloomberg is not accepting any donations, and the new rule for the Wednesday night debate opened the door for the former mayor to join.

This article originally appeared on USA TODAY: Nevada Democratic debate: Who made the stage, how to watch, and what to expect