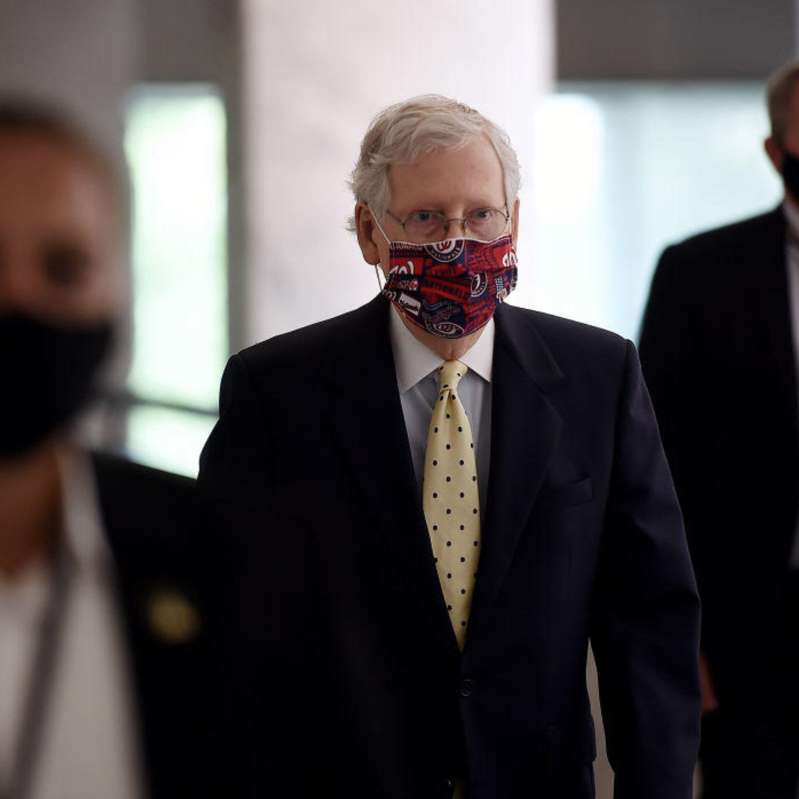 Congressional negotiations over the next coronavirus response legislation continue to stall, as some Republican senators express concerns over a bill proposed by their own party, which Democrats say does not go far enough to address the current economic and health crisis.

Senate Majority Leader Mitch McConnell pushed forward with the Republican proposal on Tuesday, insisting that liability protections would be included in the final version of the bill. The GOP bill is titled the Health, Economic Assistance, Liability protection and Schools (HEALS) Act, although text of the legislation has not yet been released.

“No bill will be put on the Senate floor that does not have liability protections,” McConnell told reporters.

Meadows said after meeting with Pelosi and Schumer that he believed discussions would resume tomorrow, but added that he didn’t necessarily believe they had advanced in the negotiations.

“I don’t know that I would characterize it as getting closer,” Meadows said.

House Democrats introduced and passed their own $3 trillion measure in May. Senate Republicans balked at the price tag and the inclusion of provisions not directly related to the coronavirus, such as election assistance for states. McConnell told reporters on Tuesday that he is “opposed to non-germane amendments” to the next response bill, indicating that he does not support the inclusion of funding for a new FBI building. Funding for the new building is included in the current Senate bill, but McConnell has said it was a Trump administration demand.

Democrats argue that the Republican bill, which would cost approximately $1 trillion, does not do enough to aid unemployed Americans. The GOP proposal would reduce a federal unemployment insurance benefit from $600 per week to $200 per week, until states are able to transition to a system enabling them to replace 70% of the wages of unemployed Americans — with around 50% provided by the state and the other 20% paid by the federal government. The $600 federal benefit, established by COVID response legislation passed in the spring, expires at the end of July.

Republicans worry that Americans making more on unemployment than they would at their jobs will not want to return to work. However, GOP Senator John Kennedy noted on Tuesday that it could be difficult for states to come up with a new system for distributing the payments.

“Many of our state departments of labor — they just got microwaves last week, much less being able to reprogram the computer in 60 days to effectuate a complicated formula,” Kennedy said.

“I think if Mitch can get half the conference, that’d be quite an accomplishment,” Graham told reporters.

Meanwhile, Schumer derided the Republican proposal as “totally unworkable” and “inadequate” in a speech on the Senate floor Monday. In a joint statement released on Tuesday, Schumer and Pelosi called the bill “a weak, piecemeal proposal that will only prolong the suffering for millions of workers and families across America.”

Although Democrats have scoffed at the inclusion of liability protections in the next legislation, McConnell has made it clear that he will not bring a bill to the floor without it.

“It will have liability protection in it. So, we’re not negotiating with the Democrats over that,” McConnell said in an interview on CNBC Tuesday.