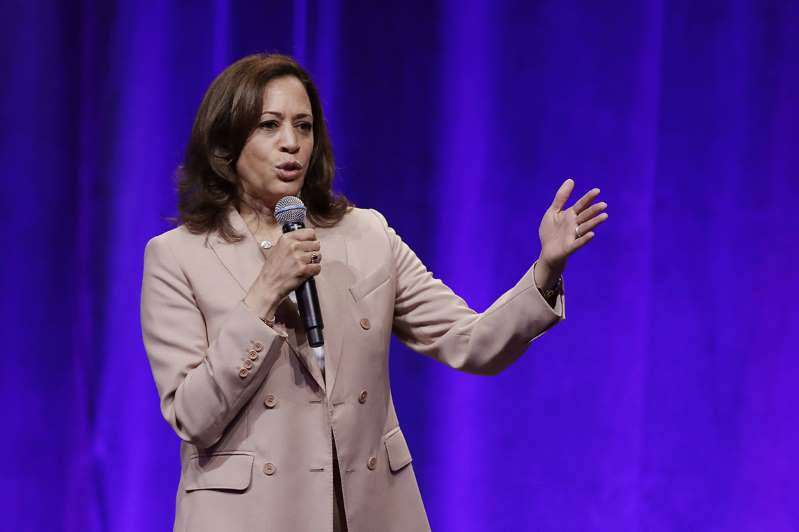 Sen. Kamala Harris on Monday unveiled a plan to achieve universal coverage by growing Medicare with the help of private insurers, an effort that splits the difference with her chief Democratic presidential rivals and finally equips the California Democrat with her own signature health proposal ahead of this week’s debates.

“Medicare works,” Harris writes in a Medium essay posted Monday morning. “Now, let’s expand it to all Americans and give everyone access to comprehensive health care.”

Under so-called KamalaCare, which establishes a phase-in period of a decade, Harris has at last settled on a way to keep private health insurers in the fold after seesawing on the question since January — and she would do so by leaning on an existing and popular federal program.

Harris’ offering maintains her commitment to universal health coverage — demanded by her party’s base — while lowering the temperature among the guardians of Obamacare who fear that overreaching would wipe out their hard-fought gains. Kathleen Sebelius, who served as Health and Human Services secretary in the Obama administration and was consulted on Harris’ plan, blessed it as “a smart way to get to Medicare for All where all individuals and employers can transition smoothly into a system that covers everyone.”

But Harris’ proposal skimps on myriad details, including the plan’s cost, and will likely still face skepticism from progressives — worried about propping up insurance companies and the slower pace of change — as well as from conservatives and deep-pocketed health care lobbyists staunchly opposed to any form of Medicare expansion.

Health care has consistently been a top issue — if not the leading concern — among voters nationally and in the key early-voting states, but has bitterly divided the Democratic primary.

Former Vice President Joe Biden, a top Obamacare defender, has called to preserve a role for private insurers while creating a new government-run alternative, arguing that millions of voters prefer to keep their current private coverage. Sen. Bernie Sanders of Vermont counters that all Americans should be enrolled in a single government-run plan, insisting that it’s the most efficient way to lower health care costs.

Throughout the campaign, Harris has publicly wavered on whether her health plan would eliminate private insurance, months of seeming reversals that exposed her to bipartisan attacks and criticism that she risked looking inconsistent or, worse, coming off as pandering.

After raising her hand at June’s Democratic presidential debate, suggesting she favored abolishing private health insurance, Harris the next day said she misinterpreted the question, which she took to mean giving up her own private plan to enroll in a government-run plan.

Seventy percent of Americans favor “Medicare for All” if given a choice between a government plan and private insurance, according to a recent NPR/PBS NewsHour/Marist poll. But just four in 10 support a mandatory government plan-for-all.

Harris’ new plan breaks with her rivals who occupy the opposite poles of the debate by effectively proposing “Medicare Advantage for all” — permitting private insurers to continue selling plans, akin to the two-decade-old offshoot of Medicare — in addition to letting Americans immediately buy into the traditional Medicare program and adding new benefits, like more mental health services. As a result, Americans would be able to choose between the public plan or certified private Medicare plans. Harris also says she’ll immediately enroll newborns and the uninsured, an effort to quickly get to universal coverage.

Harris warns of strict cost and quality standards on participating insurers, although she isn’t specific about what those new requirements will be.

“If they want to play by our rules, they can be in the system,” Harris writes in the Medium post. “If not, they have to get out.”

About one-third of current Medicare enrollees are covered through Medicare Advantage. The program for private insurers, launched under the Clinton administration and expanded under George W. Bush, has bipartisan appeal. Senior Trump administration officials have touted the benefits of Medicare Advantage even as they’ve mocked Sanders’ plan and Biden’s public option — sometimes in the same speech.

Harris would phase in her reforms across a decade, rather than Sanders’ more ambitious four-year timetable — an effort to reduce disruption. She also lays out proposals intended to boost rural health, lower maternal mortality and reduce the high cost of prescription drugs. Private insurers could continue to sell supplemental insurance for cosmetic surgery and other niche services.

In a statement, Sebelius called Harris’ proposal “innovative” and said it built on the progress of Obamacare while expanding on the promise of universal coverage through the Medicare system.

Andy Slavitt, a former Obama administration official who oversaw Medicare, Medicaid and the Affordable Care Act, added in an interview: “Senator Harris’ plan is an effort to balance idealism and pragmatism. If she explains it right, there’s something here for Bernie supporters and Biden supporters and definitely people who voted for Trump.”

Along with securing support from senior officials in the Obama administration, Harris’ plan includes principles supported by advocacy groups like Families USA, which helped lead the organizing effort to pass the ACA in 2009 and into 2010.

However, some progressives have called for the outright elimination of private insurance, saying that companies have incentives to maximize their profits at the expense of patients. Private insurers have faced repeated allegations of defrauding Medicare Advantage ofbillions of dollars.

Harris’ 10-year timetable invites uncertainty, given that a term-limited Harris would be out of office and a future administration could reverse her plan.

The health care proposal will also meet resistance from lobbyists for hospitals, doctors, pharmaceutical companies and other major health care sectors, worried that her plan would cut their pay. Dozens of prominent health care advocacy groups have joined acoalition that so far has opposed all forms of Medicare expansion.

But it could stave off anticipated confrontations with the second debate approaching. Biden and aides in recent weeks telegraphed that they plan to draw a sharper contrast with Harris, in part over the question of how she would fund the multitrillion-dollar cost of universal coverage.

Harris, a Medicare for All supporter who came out for Sanders’ single-payer health care bill two years ago, has been distancing herself from his $3.2 trillion plan and how he might pay for it. Campaigning on her own signature tax cut for working families and the middle class, Harris recently stressed that her health care vision would not further hike taxes on those Americans, a position some dismissed as unrealistic.

But she took aim at her rival’s potential tax on households making above $29,000 — saying it “hits the middle class too hard” — and instead called to exempt households making below $100,000 as well as some middle-class families in high-cost areas.

Harris says she would tax stock trades at 0.2 percent, bond trades at 0.1 percent and derivative transactions at 0.002 percent to make up the difference.